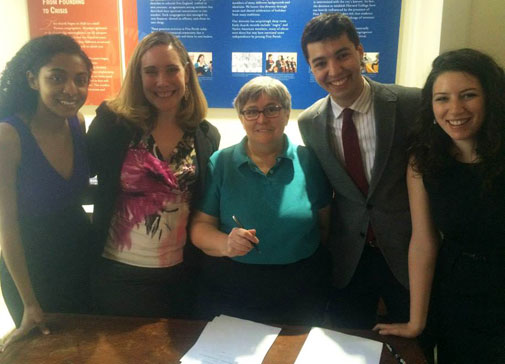 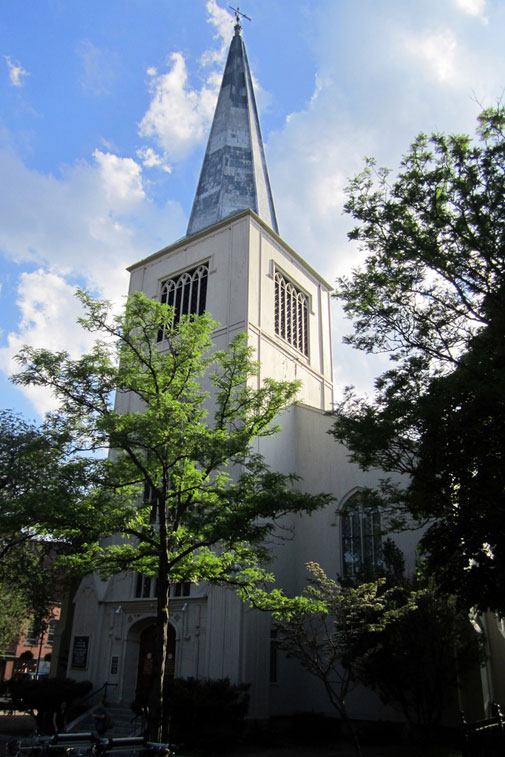 The overnight youth shelter (for people ages 18 to 24) is expected to put 22 beds in the auditorium of the First Parish in Cambridge at 3 Church St., with an opening targeted for November.

The first walls will come down between 11:30 a.m. to 12:30 p.m. Thursday to make way for construction, said Bridget Bartol, a publicist with Skanska USA, a construction and development company donating its work to Y2Y Harvard Square and working with its founders, Harvard College graduates Sarah Rosenkrantz and Sam Greenberg.

What was once dance studio space will become alcoved sleeping areas, showers, a kitchen and a medical room, as well as multi-purpose space to be shared with the Youth on Fire drop-in center run by the AIDS Action Committee of Massachusetts. Homeless youth will be admitted by lottery and can stay for up to two weeks, they said, with the shelter open during the coldest months: November to April.

Six hundred young adults in Greater Boston area don’t have a place to sleep on any given night, according to the founders, and only a dozen shelter beds are dedicated to their needs.

“​Young adults feel unsafe staying in the adult shelter system, and often elect to sleep on the streets, stay with friends or engage in sex trafficking,” Rosenkrantz and Greenberg said Tuesday in an email, calling the lack of beds for young adults “a significantly unmet need.” Minors can’t stay at Y2Y, though, because in Massachusetts minors must be in the Department of Children and Families system if not in the care of a guardian.

The shelter is to be more than beds, they said in Y2Y publicity materials:

Y2Y guests will have opportunities to collaborate with service providers, other young adults experiencing homelessness and student volunteers to create sustainable pathways out of homelessness and develop skills for long-term success. Y2Y provides opportunities for both guests and volunteers to become the next generation’s leading advocates for young adult-driven solutions to homelessness … Y2Y, in conjunction with Skanska, hopes that the design and build of this shelter will serve as a Greater Boston and national model for future youth shelters.

​The shelter will be entirely run by college and university students, in day-to-day operation and administration, including fundraising, supplies and programming, they said.

About 30 students will serve as staff, managing ​rotating shifts of four to six volunteers from a roughly 150-person volunteer force of “primarily college students, but also high schoolers and members of the community,” the founders said.

This staffing model is based on that of the Harvard Square Homeless Shelter, a student-run shelter for adults open since 1983 that is, like Y2Y Harvard Square, a program of the Phillips Brooks House Association, a student-led nonprofit based at Harvard.