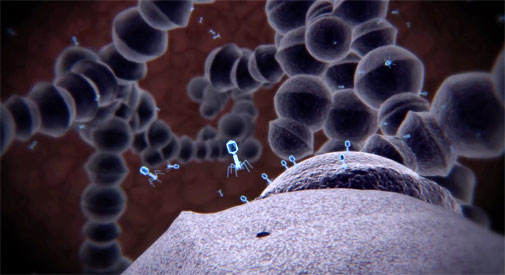 Law is power, but few seem alarmed; industry pros sit in as oversight
By Sue Reinert

A new genetic research technique that has raised ethical alarms among scientists is flourishing in Cambridge. But so far it’s not being used in a way that ethicists fear, and it poses no danger to residents or lab workers, a city public health official said.

The method, called Crispr/Cas 9, gives researchers a relatively easy and quick way to “edit” genes by cutting and pasting DNA, the material that carries genetic information about an organism. Since Crispr was introduced in 2012 scientists have rushed to try it in animals, bacteria, plants and human cells.

This last application led to some scientists calling for a pause and others for a moratorium on using Crispr to modify human germ cells – eggs, sperm or early embryos – where the genetic changes could be passed on to future generations. Those concerns grew this year after Chinese researchers tried to change genes in human embryos to eliminate a genetic disease. The embryos were deliberately chosen to be “nonviable” – they couldn’t have survived – and Crispr wasn’t very effective, but scientists said it showed the danger of unfettered use of the technique.

In Cambridge, as many as two dozen Crispr experiments are in progress, including five at Harvard University, two sponsored by Partners HealthCare hospitals, two at the Massachusetts Institute of Technology, “possibly” a dozen at the institute-affiliated Whitehead Institute for Biomedical Research and three at private biotech companies, said Sam Lipson, director of environmental health and staff director of the city’s Biosafety Committee.

The Biosafety Committee is the result of a 1977 ordinance that made Cambridge the first community in the country to regulate research with recombinant DNA, or genetically modified material. (Many other cities and towns across the United States have since followed Cambridge’s lead). But the city is unlikely to enter the fray over the uses of Crispr. For one thing, it no longer examines specific gene research projects. Instead, the current rule focuses on ensuring safety of workers and neighbors of labs that handle modified DNA and risky biological material such as viruses or bacteria that spread serious diseases. The city does not allow work on agents that spread deadly diseases for which there is little probability of effective treatment or prevention, categorized as Level 4 agents. An example of such a lab is the controversial Boston University National Emerging Infectious Diseases Laboratory.

The regulation grew out of broad public distrust – not just in Cambridge – of how academics would handle new gene-altering experiments; here, residents and some professors questioned a proposal by Harvard University to establish a lab to handle research on genes and viruses. The city rule required researchers to follow National Institutes of Health guidelines on recombinant DNA experiments – the guidelines were actually put into the city regulation – and initially a city panel had to approve each research project.

After initial turmoil, the process has become more collaborative, Lipson said. In 1981 the city changed the rule as industry got interested in gene-splicing. “The [original regulatory committee] reviewed individual protocols being proposed, while the 1981 ordinance was intended to lay out the physical containment requirements and administrative responsibilities that would entitle a permit holder to utilize organisms and procedures” necessary for the genetic research it wants to perform, Lipson said in an email.

In a 2003 article, “The Cambridge Model: How Public Oversight of Biotech is Good for Everyone – Even Business,” Lipson said that instead of fighting the city’s regulation, the biotech industry welcomed it.

Officials at the biotech firm Biogen were asked why they wanted to locate their headquarters “in a city with an rDNA ordinance, an oversight committee and a history of deep suspicion – even animosity – toward genetic engineering research,” Lipson wrote. They said “Cambridge’s established review and regulatory process, and the more mature understanding of the field, were in fact part of the community’s appeal,” the article said. 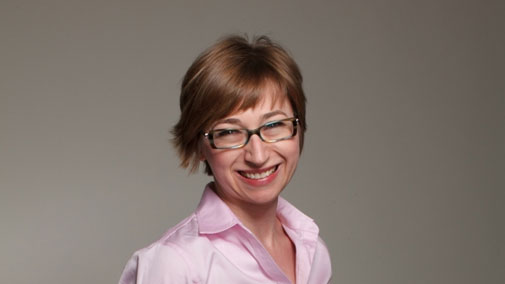 At a June 17 meeting of the Biosafety Committee, members and observers sat around a big table on the second floor of the Windsor Street Community Health Center, also the home of the city Public Health Department. The discussion was informal as Angela Birnbaum, senior biosafety officer at Harvard University, described the challenges of regulating research involving Crispr at Harvard.

“Crispr is sweeping the nation,” Birnbaum said. “I can’t count the number of [safety committees overseeing specific Crispr projects] at Harvard.” And, she said, “it’s difficult to apply a risk assessment structure” to research using the technique.

One problem she identified as “a big concern for us” is researchers’ missing the DNA target they were aiming for and instead cutting out another snippet of genetic material, or putting DNA in the wrong place. These sorts of mistakes, called “off-target effects,” occurred in the Chinese experiments on nonviable embryos and contributed to the failure of the research.

Another technique, called gene drive, can be combined with Crispr to speed up genetic changes in an entire population. Harvard researchers last year called for a public discussion of the implications of using Crispr and gene drive to change the natural ecosystem, for example, modifying mosquitos to make them less able to spread malaria, with the goal of changing mosquito populations in the wild. Currently “we are not allowed to take [such altered mosquitos] into the field,” Birnbaum said. “Putting them into the natural ecosystem raises serious bioethical concerns.”

When researchers create such organisms in the lab, there are not only safety questions, such as protecting lab workers, but issues of environmental changes, the effect on “wild populations,” on humans, as well as “public perception,” Birnbaum said. 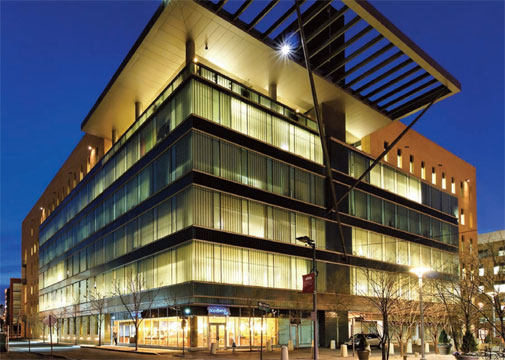 But Cambridge’s current biosafety ordinance doesn’t require examination of those issues, although the original city regulation grew out of fears about the ethical and environmental implications of modifying genes. Labs where research is performed must show how they will protect workers and neighboring residents, Lipson said. And the city gives institutions such as Harvard and MIT one permit, relying on them to regulate the safety of individual experiments at those institutions.

“Just because there is one potential use in a way that might push these ethical limits, there are many other uses that fall well within appropriate [experiments],” Lipson said. “We don’t have the authority to prevent work if it’s being contained properly.”

At the same June meeting where Birnbaum made her presentation, Hans Ludi, director of operations at Mass Innovation Labs, outlined a description of the company’s “science hotel” at 675 W. Kendall St. in the Kendall Square area.

Mass Innovation rents space and provides services to biotech firms. One of those tenants, the Swiss firm Crispr Therapeutics, had applied for a permit. As its name implies, Crispr Therapeutics is using the Crispr technique, in this case to develop gene therapy for human disease. On its website, the company says it is working only on genes in “somatic cells” – not genes in eggs or sperm that could be passed on to future generations. The “gene therapy” it’s targeting would modify cells while they’re outside the body and transfer the altered cells to the patient.

Lipson had inspected the “science hotel” along with the Crispr Therapeutics space in preparation for granting the permit. Applicants must show they have adequate biosafety training, pest control and waste disposal programs, but research methods such as Crispr aren’t at issue.

Permit holders must establish an “Institutional Biosafety Committee” to oversee projects; the city’s regulation says the committee must include at least two members representing ordinary residents, with no 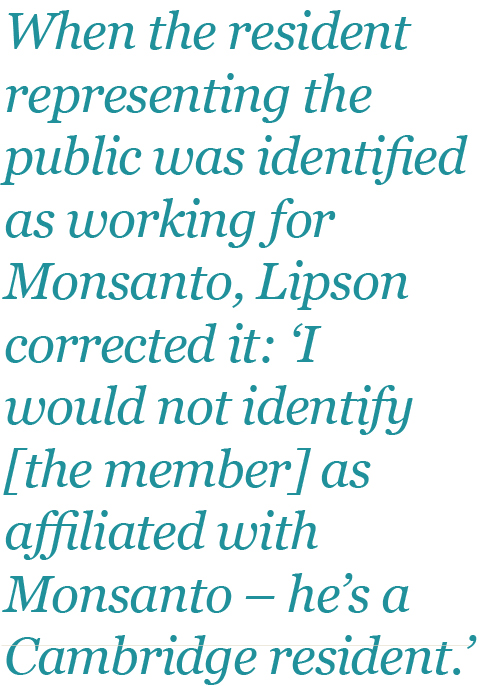 ties to the biotech industry. One must be a Cambridge resident.

When Ludi identified the Cambridge resident representing the public on his company’s committee as working for Monsanto, Lipson corrected him: “I would not identify [the member] as affiliated with Monsanto – he’s a Cambridge resident.”

In an interview later, Lipson said biotech companies had difficulty finding people with no industry connections and “who have enough background to ask tough questions.”

“If we eliminated people who work in biosafety we would lose a huge resource,” he said. The outside committee members “are there representing their neighbors,” Lipson said.

Each biosafety committee must submit minutes of its meetings to the city’s committee yearly, with applications available to the public except for material the applicant considers “confidential,” the regulation says. Lipson said reports and applications are indeed open to the public; no one from the media has ever asked to look at them, he said. Boston University, which has contended with lawsuits over its Level 4 laboratory proposal, puts its IBC meeting minutes online. A cursory reading turned up many reports of laboratory mishaps, none involving Level 4 research. It appeared that the committee was meticulous about enforcing safety rules.

Most Cambridge labs work with organisms that either don’t cause disease or cause mild, easily treated infections, known as Level 1 and Level 2 facilities. There are four Level 3 laboratories in the city, handling agents that can cause serious or fatal infections that may be treated or prevented, Lipson said. Again, the city bars Level 4 facilities such as the proposed Boston University lab.

There have been two accidents here that infected lab workers: three years ago and seven years ago, Lipson said. Both involved the same laboratory and the same infectious organism: shigella, a family of bacteria that cause diarrhea, Lipson said. The infection is usually mild and can be treated with antibiotics, but in rare instances it can last for months or cause arthritis.

“It’s easy to acquire [in the laboratory],” Lipson said. The cases were reported to federal authorities, he said. An investigation implicated a faulty seal in a piece of equipment; the lab added “additional scrutiny for maintenance” of the equipment, he said.

These incidents didn’t involve Crispr, and the city isn’t likely to amend its ordinance to limit use of the technique, Lipson said.”We would have to think long and hard to enter into any of these ethical issues,” he said. “End use is not what we were ever given the authority to regulate.”