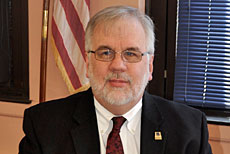 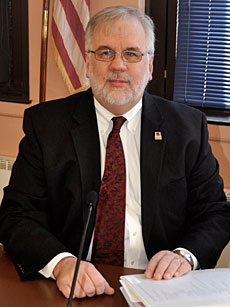 An application for a 436-student regional charter school has been filed with the state; Cambridge is one of the five communities from which the school would draw students.

Called a Waldorf-style school, the kindergarten through eighth-grade Great River Community Charter School, if approved, aims to open in 2017 at a location yet to be named.

It’s early in the process, as the initial application was filed in July, and school founders await word from the state this month about whether the application can advance.

In a 457-page proposal, Great River founders spell out what the facility needs to provide adequate space for instruction and special education, including space for a physical education facility, kitchen space and administrative offices. “Year 1 assumes a need for 6,000 square feet of physical space, growing to 13,500 in Year 5,” they say. “Great River Community Charter School will not provide dedicated transportation for its students. This service will be provided by the local districts for students within the charter’s regional area.”

It would be the first charter school for Winchester and Arlington, and on Sept. 10 the Arlington School Committee voted 7-0 to write a letter to school committees in the other communities involved – in addition to Cambridge and Winchester, that’s Medford and Everett – urging them to oppose the application.

There are three charter schools in Cambridge alone, and the City Council has been distressed since at least 2003 by the city money being spent to send residents’ kids elsewhere while an academic achievement gap persists in local public schools. As of August, that was presented as $10.5 million annually for some 400 kids. Three council policy orders dating back to March 2014 have sought data on why parents send their kids outside the public school district, in hopes of minimizing the numbers going to charter schools.

The proposal estimates the school will generate income from three sources: grant funding (from educational foundations, the Massachusetts Department of Elementary and Secondary Education and the Alliance for Public Waldorf Education), fundraising (starting with $150,000 for the fiscal year it opens, in efforts led by the Greater Boston Waldorf Charter Foundation) and, as the predominant source, state per-pupil charter reimbursement.

Arlington School Committee chairman Paul Schlichtman, who asked for the vote rallying opposition, reminded fellow committee members that funds would be taken from the communities’ state aid to pay for the school. “This will be paid for by taxpayers,” he said, identifying Arlington’s per-pupil cost for the 2015 fiscal year as $14,398.

School documents identify Cambridge’s reimbursement rate as $25,178, with the city being “the outlier of the group [that] creates an inaccurate average in comparison to the other school district rates. As such, for the purpose of a conservative income projection, this figure will not be used to calculate state tuition funding.”

Charters schools, authorized under the 1993 Education Reform Act, are overseen by a state agency that supports a variety of public school options. They include those that aim to innovate in the areas of instructional practice, time, resources and technology to try to make sure all students in the state have equal access to success after high school.

Charters are independent public schools that operate under five-year agreements granted by the state Board of Elementary and Secondary Education that permits, among other things, freedom from union contracts.

Waldorf schools were developed after World War I by Austrian philosopher Rudolf Steiner, the founder of Anthroposophy. Its approach to teaching emphasizes the role of imagination in learning.

Some of Great River’s founders include Charles E. Hyson Jr. of Medford, a middle-school teacher in Rhode Island who is identified as the onetime touring guitar player for the band Magnetic Fields; Sarah Arnold, a Harvard College and Lesley University grad; Wirun Limsawart, of Belmont, a physician of the Thai Ministry of Public Health with a master’s in medical anthropology from Harvard; and fellow Harvard grad school alums Sarah Bettencourt, of Arlington, and Heather Sauceda Hannon, of Medford.