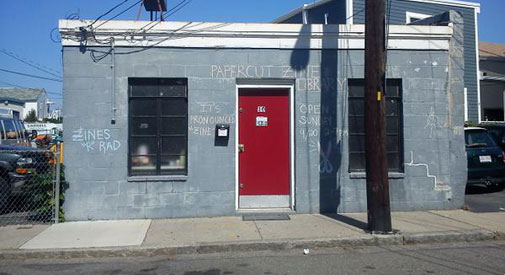 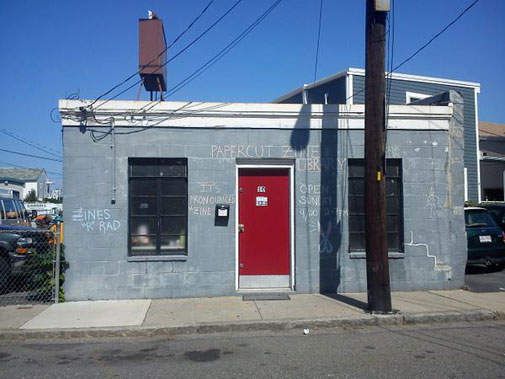 The Papercut Zine Library crossed back over the Charles River today after being forced temporarily to Allston.

The 11-year-old lending library of more than 15,000 DIY-style publications spent years at the Democracy Center in Harvard Square and at Lorem Ipsum Books in Inman Square, leaving in July 2014 when the now-defunct store explored making room for a schoolroom-style setting for children – an idea that was never implemented. “We are sad and sorry,” the librarians said. “We were grateful to be part of such a rad space in the time we were there.”

It was always considered temporary space while organizers undertook a “hunt for our dream home,” and on May 29 the group was able to tweet and post on Instagram that they’d signed a lease for an appropriately small and funky looking cinderblock building in Somerville between Inman Square and Lechmere. In early June librarian Kimberly Jane Boutin was able to announce she and other volunteer staff were building shelving and other furniture for an imminent opening.

“We can’t wait to show off the new space,” they said.

The new Papercut Zine Library is open from 2 to 7 p.m. today at 10 Ward St., East Somerville.