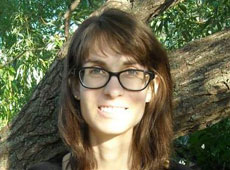 The medical examiner has ruled the death of Cara Anne Nickolaus a suicide, according to a death certificate filed this morning. Nickolaus was a 25-year-old Massachusetts Institute of Technology economics doctoral student in her third year who died Sunday, according to an announcement from MIT President L. Rafael Reif.

Nickolaus jumped to her death from the roof of a building at 7:03 a.m., the death certificate said, and she was found in the playground next to the Eastgate dormitory, a 29-story tower overlooking Kendall Square. The cause of death was listed as “blunt force trauma.”

Nickolaus’ death is the third suicide for MIT this calendar year; the school year began two weeks ago. In February and March, first-year undergraduates Matthew Nehring and Christina Tournant took their own lives in separate incidents.

The death comes on the heels of MIT’s launch of MindHandHeart, an initiative to enhance mental health at the institute.

The MIT Police have no entry in their police log for Nickolaus’ death, and Cambridge police referred inquiries to the Middlesex District Attorney’s Office, which declined to release additional information because the death is not considered suspicious.