Connolly praised at start of run for council, urges early focus on housing in master plan 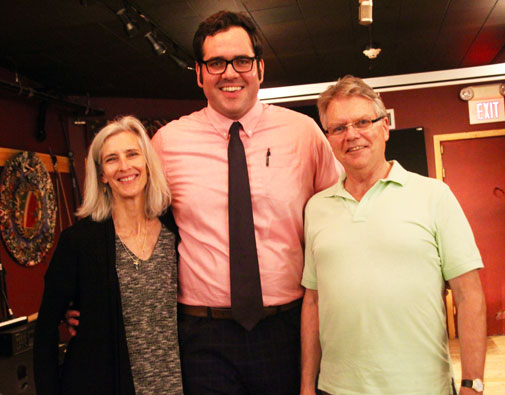 Connolly praised at start of run for council, urges early focus on housing in master plan

From the Mike Connolly for City Council campaign, Sept. 10, 2015: Activist and attorney Mike Connolly launched his campaign for City Council with a September kickoff event at the Lilypad in Inman Square, speaking before a packed crowd of friends and supporters to call on the City of Cambridge to begin work on an affordable housing plan. “I am running to help lead the call for a comprehensive housing plan that keeps Cambridge affordable, sustainable and livable for all residents,” Connolly said.

“As city councillor, I will work to preserve Cambridge’s progressive identity as a city that is open, accessible and welcoming to people of all backgrounds and income levels,” Connolly added.

Boston and Somerville each have recently produced comprehensive housing and affordable housing plans, but Cambridge has no such plan, he said, urging the city to complete one as an early action item of the citywide development master plan that’s underway.

Drawing on his experience of being raised by a single mother in a government-subsidized public housing project, Connolly said government has to play a more active role in keeping the city affordable, and he touted his experience working in City Hall and as the organizer of 2013’s net zero emissions petition campaign as examples of his own commitment to public service and the community.

The event was attended by more than 75 Cambridge residents, including city councillors Dennis Carlone and Nadeem Mazen.

Connolly was introduced by Mid-Cambridge resident and campaign chairwoman Phyllis Bretholtz. “Mike has incredible integrity, capacity for follow-through, great intelligence and the ability to listen carefully,” Bretholtz said. “He will be a councillor for the whole city because he’s truly a man of the people. That’s why I’m giving Mike my No. 1 vote.”

Also speaking at the event was Fresh Pond Residents Alliance president and fellow council candidate Jan Devereux. “I can’t think of anyone I’d want to work with more on the City Council than Mike. He just gets it done,” she said. “Mike is determined, dogged, creative and a great problem-solver; as a former athlete, he understands hard work, team-playing, strategic thinking and perseverance.”

For information on the Connolly for Cambridge campaign, send email to campaign manager Reina Kota by clicking here or visit the campaign website here.