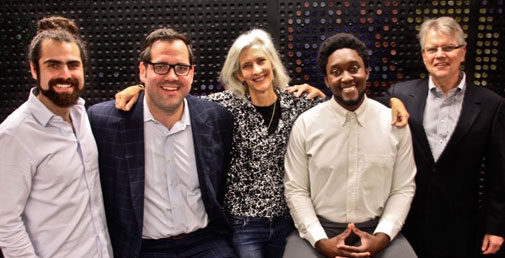 “They promote sound strategies for an affordable and diverse Cambridge,” the Alliance explained in a press release inviting voters to a meet-the-candidates brunch from noon to 2 p.m. Sunday hosted by Leslie Borden and Judy Clark at 81 Orchard St., North Cambridge.

There are 23 candidates to take nine council seats in January for a two-year term, including all nine incumbents. Many are running as “slates” with common platforms, and Mazen and Waite are on the Slate for Cambridge; Carlone, Connolly and Devereux have some common policies and have held campaign events together, but do not call themselves a slate.

In an Oct. 13 statement, the Alliance said:

As renters, public housing residents or homeowners, all five have worked to oppose the gentrification of Cambridge and to stop displacement of residents due to high housing costs. Coming from different neighborhoods and different backgrounds, all have organized communities on issues vital to Cambridge residents, including a community-based master plan, affordable housing, environmental sustainability and racial justice.

All five have refused donations from large real estate developers.

Cambridge Residents Alliance President Nancy Ryan stated, “Our members voted unanimously for five candidates who are committed to substantial increases in the proportion of new affordable housing for low‐, moderate- and middle‐income people, funded through higher developer fees and using city land. The candidates on this list support requiring MIT to house its graduate students and a community-oriented approach to development at a human scale.”

Ryan noted, “Some of us who grew up in Cambridge have been able to stay here, but many of us are being forced out. Cambridge is at a crossroads, and these five candidates will work for creative, effective solutions to the challenges Cambridge faces. That’s why we recommend that voters give their first five votes to these candidates in the order of their choosing.”

Since announcing its endorsements, the Alliance has been distributing the below flier: