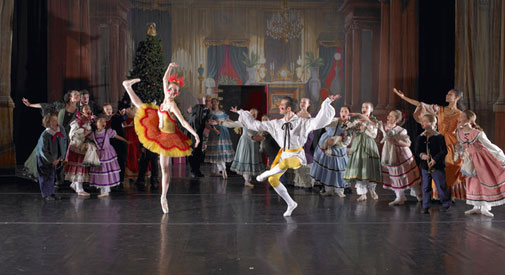 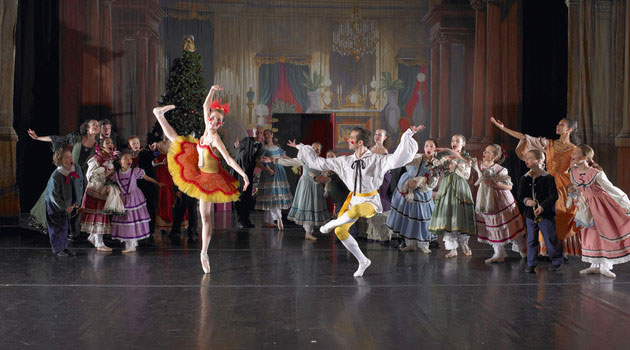 Or maybe that should be phrased: “No way – José Mateo Ballet Theatre is Cambridge’s ‘Nutcracker.’”

Boston Ballet originally contacted the city Oct. 20 asking that 23 “Cherish the Moment” banners go up on Massachusetts Avenue in Harvard Square starting late this month, but when the request appeared on the City Council’s agenda Nov. 2, it was barely cherished at all before vice mayor Dennis Benzan used his “charter right” power to bump the issue to the next meeting.

The request got little more love when it popped up again Monday. 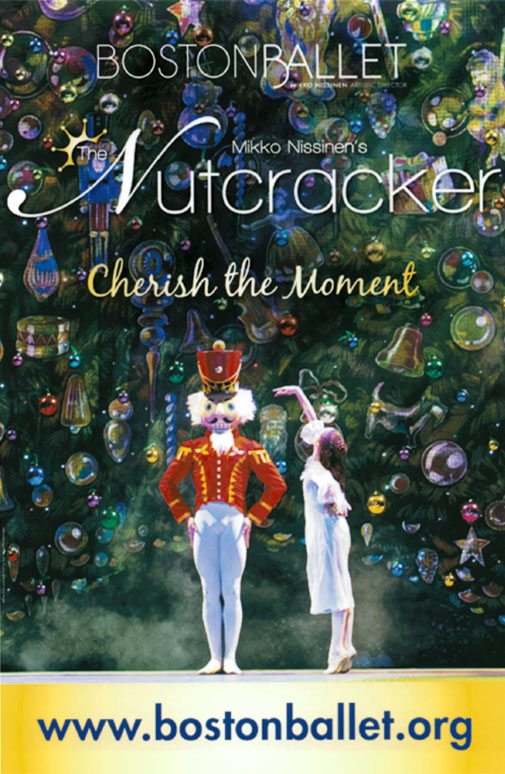 Boston Ballet hoped to post 23 banners with this design on Massachusetts Avenue in Harvard Square.

“There’s something a little bit unsettling about advertising another performance – we already have one, we have the José Mateo Ballet Theatre that’s been doing ‘The Nutcracker’ since time immemorial,” councillor E. Denise Simmons said, crediting the Harvard Square dance school for its talent and diversity. “It’s ill-advised for us to advertise someone else’s business when we have something so wonderful in our midst [and] we here in Cambridge speak so much about ‘buy local’ and ‘participate local.’”

“I don’t feel comfortable, nor do I have any extraordinary interest in promoting another dance school or dance company theater when we have an extraordinary one,” Simmons said.

Councillor Dennis Carlone said the José Mateo Ballet Theatre’s version of the holiday classic was “absolutely wonderful” but felt that – even being “a big believer in Cambridge First” – Cambridge was part of Greater Boston and “big enough to incorporate our neighbors on our streets.”

Benzan, who said he’d consulted with representatives at José Mateo but not yet with Boston Ballet, moved the request for banners to the table, which Mayor David Maher said “delays” a vote. The City Clerk’s Office clarified on Tuesday that tabling an issue means it won’t come up for a vote for the rest of the term unless a councillor moves to take it off the table and vote on it.

The vote to table the banner request was 8-1, with councillor Craig Kelley opposed.

José Mateo Ballet Theatre’s “The Nutcracker” dates back some three decades, to before the company moved to Cambridge, and has only occasionally been performed at the Sanctuary Theatre at the company’s headquarters at 400 Harvard St., in Harvard Square. This year’s performances aren’t in Cambridge. They run Nov. 27 to Dec. 6 at the Cutler Majestic Theatre at 219 Tremont St., in Boston’s Theater District and Dec. 11-20 at the Strand Theatre, 543 Columbia Road, Dorchester, with tickets at four tiers: $20, $40, $52 and $75.

Boston Ballet has been performing its “Nutcracker” more than 40 years, although it was reenvisioned by artistic director Mikko Nissinen in November 2012. It runs Nov. 27 to Dec. 31 at the Boston Opera House on Washington Street in Downtown Crossing, with tickets ranging from $35 to $199.

Update: At the Nov. 23 council meeting, Benzan took the Boston Ballet request off the table and moved approval of banners in Harvard Square – so long as they weren’t put up with 300 feet of the José Mateo Ballet Theatre’s home at 400 Harvard St.

This post was updated Nov. 17, 2015, with additional information about the two company’s versions of “The Nutcracker.”