Like it or not, low-income tenants saving with test program by Housing Authority 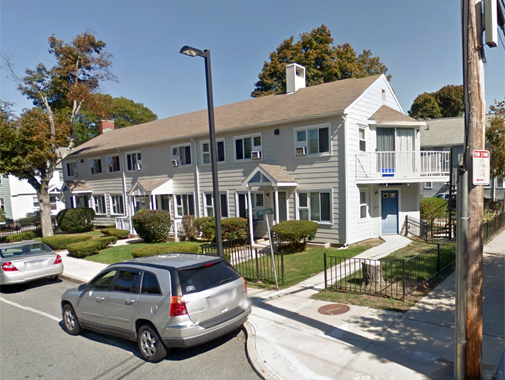 Like it or not, low-income tenants saving with test program by Housing Authority

More than 300 low-income tenants in two public housing developments are now saving money for the future – whether they want to or not – funded with a portion of their own rent payments.

Residents of the Jefferson Park federal housing development in North Cambridge and Corcoran Park in West Cambridge are part of a three-year experiment aimed at finding out whether an “automatic savings” plan and financial coaching will help poor families increase their wealth and gain financial stability.

Starting this month, the Cambridge Housing Authority will set aside 1 percent of each family’s monthly rent for deposit into the household’s account. If the rent rises because a tenant gets a better job or other circumstances that increase the family’s earnings, half the increase will go into the account.

Funding the accounts with payments that would otherwise have gone into the agency’s coffers makes the program unique, said Zach Gordon, manager of the program. This “should hopefully remove some of the traditional barriers to savings for residents,” he said in an email.

Also as part of the experiment, residents at Jefferson Park will be offered financial counseling by Compass Working Capital, a nonprofit that designed the program and is working with the agency to implement it; there is no counseling component for tenants at Corcoran Park.

Unlike holders of conventional bank savings accounts, the Jefferson Park and Corcoran Park tenants won’t be able to get their money any time they want. They can tap into the accounts once during the three-year pilot, and then only for certain purposes such as buying a home, getting a license related to employment or to transfer money into a college savings account. At the end of the three years, residents will get their savings to use as they like, as long as they are “in good standing” with the agency – and for Jefferson Park tenants, have completed the financial counseling program. All tenants must also first take a survey indicating how they will use the savings. Abt Associates of Cambridge will assess the program.

A projection based on actual rent levels and increases between August 2012 and August 2015 at the two developments indicates that the housing authority will forgo $144,044 a year in rent if all residents participate and get their savings, Gordon said. That works out to an average of about $444 a year in savings per household for the 324 families. There are 153 units at Corcoran and 171 units at Jefferson.

Tenants and their representatives questioned the size of the savings projections in comments and meetings, though. “We are concerned that the amount of savings that are generated by this pilot may be too small for the majority of tenants to change behaviors, which would not give an accurate evaluation of the true impact” of the program, one commenter said.

Agency officials acknowledged that savings might be less than projected, because this year most tenants won’t be able to take advantage of the largest savings booster – half of any rent increase due to increased income. A“rent amnesty” program means the authority isn’t changing most rents in 2016.

The base amount, 1 percent of monthly rent, can be a tiny sum; for example, a tenant paying $400 a month would have only $4 a month deposited into his or her account. Tenants pay about 30 percent of their income as rent, and many are very low-income.

Tenants also said restrictions on interim withdrawals and final distribution of the savings were too stringent. Families should be able to withdraw money for car insurance, for example, when a vehicle was necessary to find or go to a job, tenants said.

Agency officials refused to relax the standards but said some decisions about whether a tenant was “in good standing” would be made case by case.

Tenants in its Section 8 rent assistance program, which helps people pay rent in private housing, have been able to participate in a savings program for several years, also designed and operated by Compass. But it is not automatic and is voluntary.

These tenants pay 30 percent of their income as rent, and the government pays the rest. Their savings program sets aside half of any increase in the tenant’s share based on higher income.

The five-year program includes monthly financial education sessions; tenants must meet a number of goals, including not getting welfare benefits for the final dozen months of the program. According to agency officials, participants have significantly raised their credit scores.