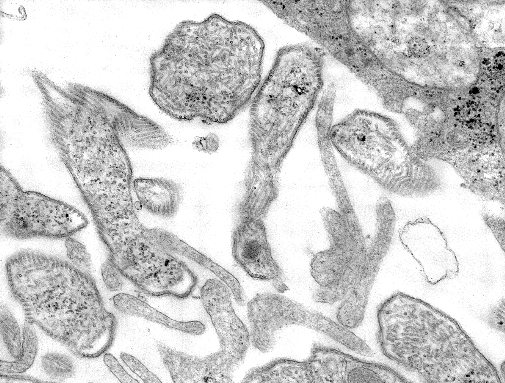 Health officials expect the number of mumps cases to grow in an outbreak that appears to have started at Harvard’s Cambridge campus.

As of Thursday, 14 students had confirmed cases of mumps, Cambridge Public Health Department spokeswoman Susan Feinberg said Friday. Earlier, she said two other mumps cases – in people who don’t live in Cambridge – were linked to the Harvard community, but her latest statement didn’t mention them. “The number is changing daily,” Feinberg said.

All those infected had been vaccinated, Feinberg said. Scott Zoback, spokesman for the state Department of Public Health, said that “as part of our epidemiological investigation” the state is trying to determine why people who were vaccinated caught the disease.

Feinberg said local public health department workers are tracing the contacts of those infected in the Harvard outbreak to prevent further spread of mumps here and to understand how the outbreak started. Cambridge is working with Harvard and the state on the outbreak, she said.

Twenty-eight people in Massachusetts have come down with mumps since Jan. 1, most of them at colleges.The Boston Globe reported cases at Tufts University, the University of Massachusetts at Boston, Boston University and Bentley University in Waltham, quoting college officials.

The Harvard students were diagnosed between Feb. 29 and Thursday, Feinberg said.

Mumps is spread through direct contact with an infected person’s saliva or mucus from the mouth, nose and throat and can be transmitted through coughing, sneezing, sharing utensils or dishes, and touching a contaminated surface, the Centers for Disease Control and Prevention says. That’s a reason outbreaks often occur at colleges, where students live in close proximity.

Symptoms include swollen salivary glands under the ears, fever, fatigue, sore muscles and loss of appetite, but some people have such mild symptoms they don’t know they’re infected. People with mumps can be contagious two days before any symptoms appear, and up to five days after the first signs.

The number of cases here is expected to grow because it typically takes 16 to 18 days for symptoms to appear in someone exposed to the virus. To reduce the spread of mumps, the CDC recommends that people diagnosed with mumps go into isolation for five days after their first symptoms of swollen salivary glands. Harvard asked students, faculty and staff with confirmed mumps diagnoses to “self-isolate” and is providing single-unit housing for those who need it. Even without a confirmed diagnosis, people with mumps symptoms should avoid “public activities,” travel and public transit, the Harvard University Health Services office said.

Most infected people recover completely; complications such as encephalitis, meningitis and deafness are rare but more likely when adults get sick, the CDC says. Feinberg said adults who are vaccinated against mumps but still catch it “should be experiencing milder symptoms” than adults who were not vaccinated.

Two mumps vaccinations, the Massachusetts requirement for children, are about 88 percent effective on average at preventing the disease; one dose is about 78 percent effective, according to the CDC. Vaccination has sharply reduced the number of cases since the mumps immunization program began in 1967, but outbreaks have still occurred. In one of the largest, in 2006, more than 6,500 people were infected, mostly students at midwestern colleges. The CDC said high vaccination rates help “limit the size, duration and spread” of outbreaks.