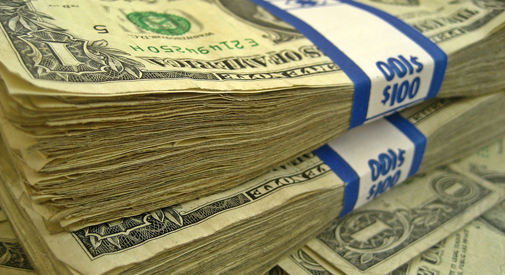 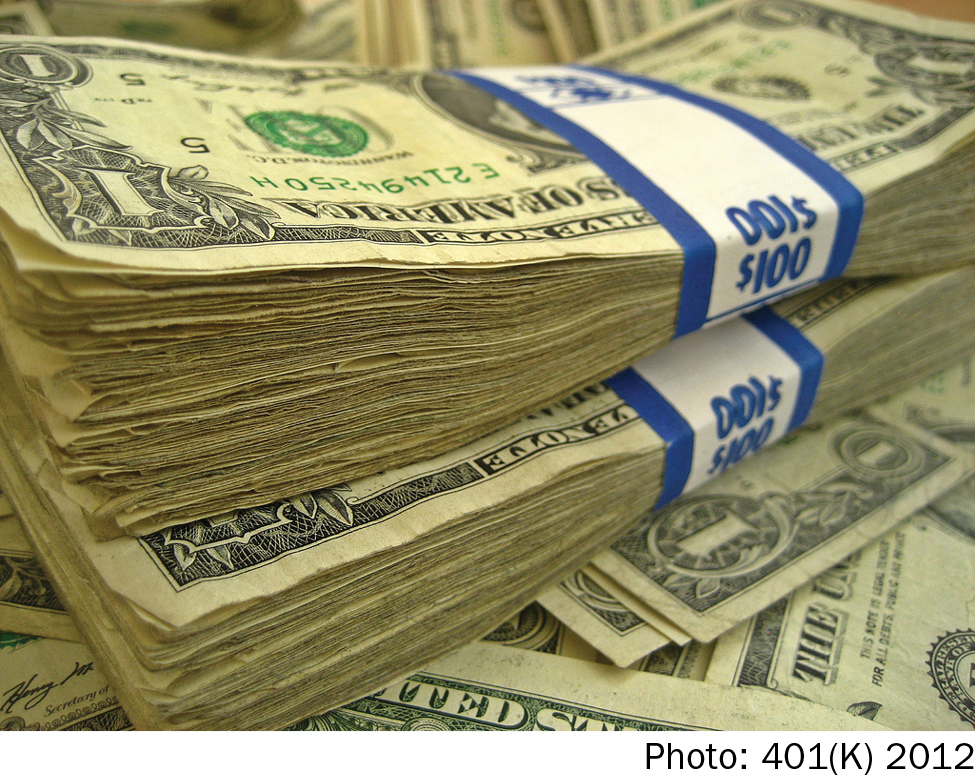 Remember when then-vice president Dick Cheney said “The American way of life is nonnegotiable?” (And he wasn’t the only one.) When you get right down to it, that attitude explains the current popularity of Bernie Sanders among American left-wingers and Donald Trump among the right – if you define “the American way of life” as “anybody who’s honest and willing to put in a full day’s work can make a decently comfortable life for themselves, and perhaps a small family.”

Yet for many working- and middle-class Americans, that way of life is dying if not already dead. High school graduates who a generation or so ago could’ve found good-paying factory jobs are instead flipping burgers for eight bucks an hour – and ever more college grads are doing the same thing, with the added burden of an enormous (and bankruptcy-proof) student loan debt weighing them down even more. So it’s no surprise that Donald Trump gets massive applause at his rallies when he promises to bring factory jobs back to America, either via undoing international trade agreements or imposing punitive tariffs on imports.

But such actions would be catastrophic for the country’s economy, and cause serious pain to American consumers as well. Consider this relevant anecdote: Over the past few weeks, Mein Spouse and I have fallen into the habit of watching early 1970s episodes of Monty Hall’s old game show “Let’s Make A Deal,” airing on a cable network. Neither of us are interested in the “deals” contestants make, but we like seeing all the early 1970s prizes that they win, and what those prizes suggest about technological changes and improvements since then.

In other words: the real, inflation-adjusted price of my television, not even counting the larger screen, clearer images and other advantages it has over a 1972 model, was only one-thirteenth as much as it would have cost 44 years ago. And I could cite similar anecdotes about every home appliance Monty Hall gave away in 1972: refrigerators, dishwashers, laundry washers and dryers, window-unit air conditioners – all cost as many if not more U.S. dollars in 1972 than they do today, even before adjusting those dollars for inflation (especially the microwave ovens, which were still new tech back then; on another episode, somebody won an Amana Radarange that sold for $400 in 1972, compared with the $50 or so a countertop microwave costs today).

Some of those price drops over the past four decades are due to technological improvements, yes, but some of that is also comes from moving the factories out of America to countries with lower labor costs.

It’s undeniably awesome that such wonderful appliances can be had for so very little money. Even people working crummy McJobs at $8 an hour can afford a microwave oven and color TV nowadays. At the same time, it’s no mystery why today’s un- or under-employed American ex-factory workers are unhappy about losing their steady, well-paying jobs and replacing them with low-paying, insecure gigs.

The problem boils down to “diffuse benefits, concentrated costs”: the benefits of these trade deals and technological improvements are spread out among all American consumers (not to mention the overseas factory workers whose jobs lifted them out of poverty), whereas the costs have been largely concentrated on American working-class families. Consider the perspective of an American McJob worker who, back in the day, had a high-paying factory position making 25-inch televisions that sold for $4,000 apiece and now flips burgers or stocks shelves for eight bucks an hour: Yeah, he probably owns more and better appliances than did his 1972 counterpart working in the TV or microwave oven factory. But his job is a lot worse. A steady, constant, 9-to-5 position with regularly scheduled time off, paid vacation and sick days, full benefits and so forth is inherently better than a part-time, ever-changing schedule, no paid leave and no bennies gig, even if both have the same base pay (and they don’t). At the same time, bringing back those high-paying American factory jobs via trade restrictions and tariffs would be spectacularly bad for consumers and the economy as a whole: If my television cost $4,000, I wouldn’t have one.

So Trump’s plan to bring factory jobs back to America wouldn’t bring prosperity with it. What about Bernie Sanders’ proposal to raise the minimum wage to $15? Sounds good at first, but the end result would likely be a net loss of minimum-wage jobs. And his proposal to make four-year college educations free for all would only make a four-year college degree the new high-school diploma: a minimum educational credential that isn’t remotely enough to qualify for a good job, merely an entrance ticket to the next level of schooling required for a shot at a decent job and a decent life. (Besides, even in a Lake Wobegon America where everybody has above-average intelligence and educational credentials, we’ll still need shelf-stockers and burger-flippers, and they’ll still need enough money to live on.)

In other words, bringing “good” working-class jobs back to America isn’t a feasible option, and making today’s working-class jobs as “good” as they used to be isn’t an option either. Ignoring the pain of the working classes is another non-option; the people bearing the concentrated costs of America’s economic changes are not only not mollified by reminders that all Americans benefit from the availability of affordable, high-quality consumer goods; they are getting angry over the repeated platitudes that their personal and familial hardships are a small price to pay for the greater good, or that they’re selfish and entitled for wanting a better life than what they’ve got.

What about the suggestion that they retool themselves and acquire the skills necessary to be useful in the new economy? That’s what they’ve been hearing for at least a generation now, and that’s exactly why Donald freaking Trump is the GOP presidential frontrunner.

So here’s a modest proposal: Rather than passing trade restrictions or minimum-wage increases in the vain hope of making working-class jobs better, how about we eliminate minimum-wage laws altogether, discard our current patchwork coupon/voucher/food-stamp welfare safety net, and replace all of this with a modest Guaranteed Basic Income for all American citizens over age 18? Off the top of my head, let’s say $250 per adult per week – rising every year pegged to the inflation rate, and classified as ordinary income for income-tax purposes.

Granted, giving $250 to every adult citizen would cost a fortune in tax money – but those costs would be somewhat offset by the elimination of however much we currently spend on patchwork welfare programs (Section 8 housing vouchers, EBT “food stamps” and so forth). Giving this money to every adult citizen regardless of “need” would be cheaper than our current system of maintaining an army of well-paid bureaucrats to decide who is and is not qualified, and hold the various hoops through which welfare recipients are expected to jump. Consider also the resulting economic boost – money given to the poorest of people goes back into the economy almost immediately, because those po’ folks are not stuffing the money in their mattresses; they’re spending it immediately on household necessities. (And of course, whichever companies they buy those necessities from are paying taxes on their resulting profits.)

Eliminating the minimum wage would (presumably) make this proposal more palatable to American employers – but at the same time, the end result would not be “Certain crap jobs end up paying a dollar a day,” because that basic adult income would reduce if not eliminate the number of people desperate enough to take any job they can get, at any wage that is offered. And while $250 per adult per week is not enough to pay for a comfortably secure middle-class existence (indeed, it’s only a little higher than the official federal poverty level for one person), that guaranteed subsidy combined with whatever wages a worker could earn in a truly free marketplace would bring back the old “American way of life,” defined as “Anybody who’s honest and willing to put in a full day’s work can make a decently comfortable life for themselves, and perhaps a small family.”