‘The Boss’: Jumbled comedy of busted CEO can’t sell its value as well as McCarthy alone 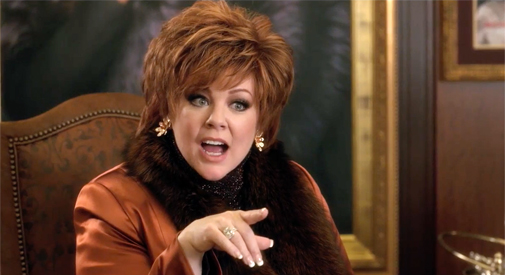 ‘The Boss’: Jumbled comedy of busted CEO can’t sell its value as well as McCarthy alone

Melissa McCarthy is as deftly nimble a comedienne as they come these days. Despite her affinity for playing larger-than-life characters, there’s a subtleness to each decision she makes as a performer. Possessing an acid tongue, bright and emotive eyes and an unparalleled grace in her physicality, there are few contemporaries who manage to mine gold from a performance as she does. It’s a shame, then, that such a wonderfully vibrant performer ends up in a film that can barely stagger to her level of commitment. 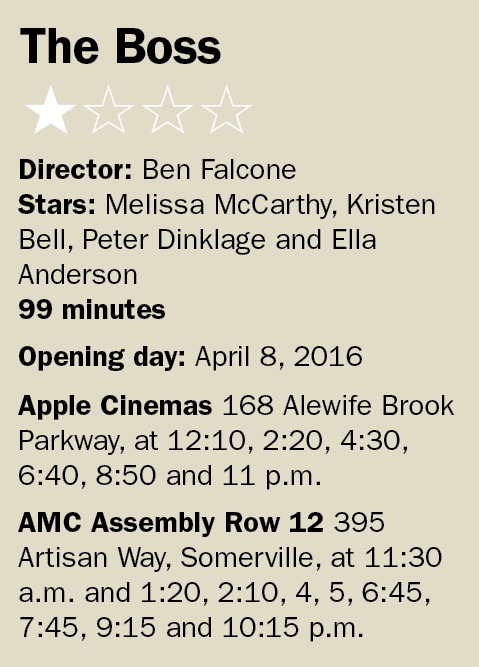 Directed by husband Ben Falcone, “The Boss” centers on Michelle Darnell (Melissa McCarthy), a multimillionaire mogul sent to prison after she’s arrested for insider trading. After her release and with nowhere to go, she stays with her put-upon ex-assistant Claire (Kristen Bell) and her daughter. To get back on her feet, Michelle comes up with the idea of creating a Girl Scout-like business that earns revenue from sales instead of badges.

The film has a lot of laughs, most due to McCarthy. Michelle is a vile human being at times, but utterly watchable – all due to showmanship. Characters such as Claire remain thinly sketched, though, and there’s a rushed, ludicrous third act that speeds up each narrative beat to reach an over-the-top finale that resembles the tone of the McCarthy-led “Spy” more than seems right for “The Boss.”

In addition to the scattered tonality that adds to the film’s unfinished feel, the performers behave like they’re in separate movies. Peter Dinklage in full-out ham mode (better suited for the nature of the film); Bell plays it straight and uninteresting (less so). “The Boss” can’t seem to determine just what kind of film it’s trying to be, and the result is a story that accomplishes little. Trying to mold a broader comedy into Paul Feig packaging only works when the tone is consistent from the get-go, which it so glaringly isn’t.

The film would have been more successful had it just gone deliberately with pure absurdity for 90 minutes, joining scenes of McCarthy dancing to a fully choreographed dance routine after riding a golden phoenix statue onstage, a scout brawl in the middle of an abandoned street and Dinklage wielding a samurai sword. But it shoehorns in sentimentality, and despite the talent onscreen it’s what ultimately fails the film. This was a film that needed to amplify its humor even louder and embrace the big, broad and even strange nature of its screenplay.

Neither the director nor the writing offers up anything inspired, instead relying on old, familiar tools of comedic narratives to coast. The star player is the only thing holding everything together; if we focus solely on McCarthy and just how much talent she brings to such a worthless role, “The Boss” is almost worth watching.