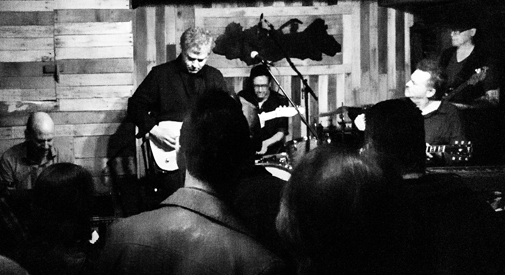 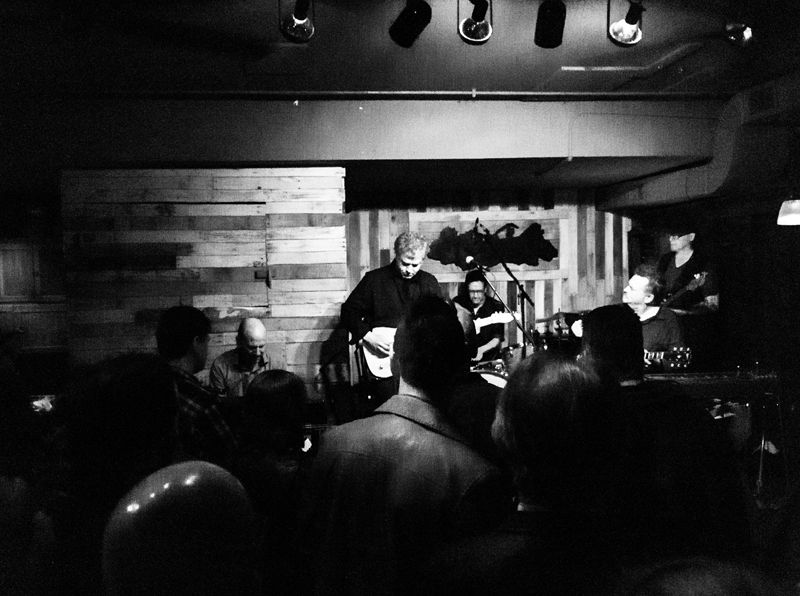 Atwood’s Tavern celebrates its 10th anniversary with a weeklong series of concerts beginning Monday. Since opening, the cozy East Cambridge venue has been a home for some of the best local bands and artists, with top-notch talent performing nightly.

With connections made over the years with agents and artists, talent buyer Randi Millman – a veteran with stints at T.T. the Bear’s Place and Johnny D’s, both closed in the past year – is able to book local and national acts that would normally play to larger rooms. For example, alt-country band The Waco Brothers from Chicago performed to a sold-out crowd last Monday, hitching onto The Clock Burners’ weekly bluegrass residency. “The space sells itself. Once an artist plays here, they want to come back,” Millman said.

“Music at Atwood’s is not an afterthought. Our staff are very knowledgable and respectful,” Millman said. “We are not a listening room like Passim, but I’ve booked quiet shows where the audience self-polices [its noise] out of respect for the performers.”

Multi-instrumentalist Dwight Ritcher, whose trio will share a bill Thursday with Rhode Island rockers The Silks, says, “The Atwood’s family are huge music fans. Their love and respect for what it takes to do music professionally is evident in the way you are treated when you play there. Mix in music fans that feel the same and you get double love when you open your guitar case and get behind the mic to sing.”

The approach of the 85-seat venue represents the vision of owners Ryan and Patrick Magee. “It’s an extension of their personalities. They set out to create a place where they would want to hang out. A place with great beer and food, with music that would draw in people just stopping by to pop their heads in the door,” Millman said.

The artists performing over the course of this week were chosen because they also had a special role in building Atwood’s into the music venue it is. Millman said. “We are privileged to have musicians with such pedigree, like Duke Levine and Jimmy Ryan. Artists like Duke can play larger venues, but it’s not about the size of the crowd – it’s the purity of the music that’s important,” she said, referring to the guitarist with performers including the J. Geils Band, Peter Wolf, Roy Sludge and the Dennis Brennan Band; and Ryan, a mandolin player with bands such as The Clock Burners and Hayride. Levine will share the stage with the Dennis Brennan Quatro and Andrea Gillis on Tuesday.

With sets slated from local blues and beyond guitar hero Tim Gearan (sharing his Friday residency this week with vocal powerhouse Christian McNeill), the soulful Jesse Dee, guitarist’s guitarist Lyle Brewer, Roy Sludge Trio and Vapors of Morphine among others, Millman promised a week of outstanding live performances – setting itself up for a next decade of food, drink and daily live music.

Atwood’s Tavern is at 877 Cambridge St., in the Wellington-Harrington neighborhood in East Cambridge. Its website is here.