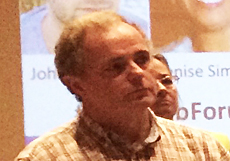 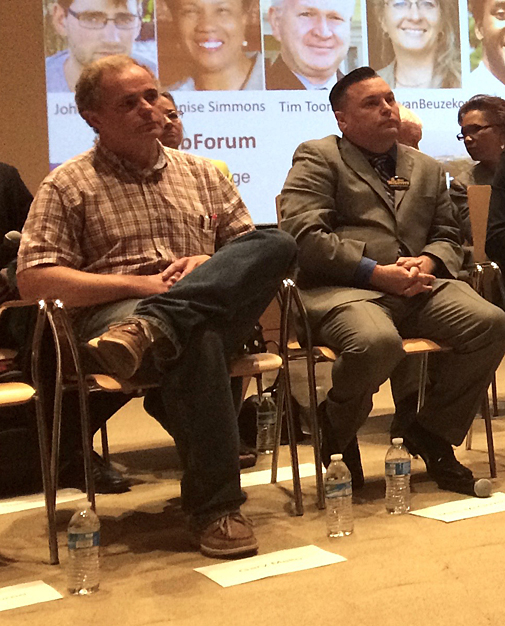 An accident of timing could make for turnover in two of the four slots making up the city’s Election Commission, as commissioner Larry Ward’s term expired April 1 and commissioner Peter Sheinfeld died March 29 with a year left on his latest four-year term. One candidate is taking the opportunity to make some sharp criticisms, calling election commissioner a “non-job” handed out as political reward.

Candidate interviews will likely be complete in mid- to late May, according to the office of City Manager Richard C. Rossi, now that the city’s Democratic and Republican committees have sent in their lists of three names each. (Ward is a Democrat and Sheinfeld was Republican.) Rossi can depart from the lists if he wishes and appoint his own choices.

Ward continues to serve until a new commissioner is appointed and, if history is a judge, is likely to be reappointed. All the members have been long serving.

Republicans have submitted the names of Elliot Scott Slater, Cynthia Terwilliger and the GOP committee’s own leader, florist and liquor store owner Charles Marquardt, as candidates for the empty seat, having run a selection process in the past few days. The Democrats began their process in February and sent on to the city manager a list that includes Ward, who owns a real estate business; Tom Stohlman, an architect and planner; and Gary Mello, a pharmacist, landlord and real estate broker with degrees in engineering. The list is not ranked by preference, said the Democrats’ new leader, executive director of the city’s Peace Commission, Brian Corr. 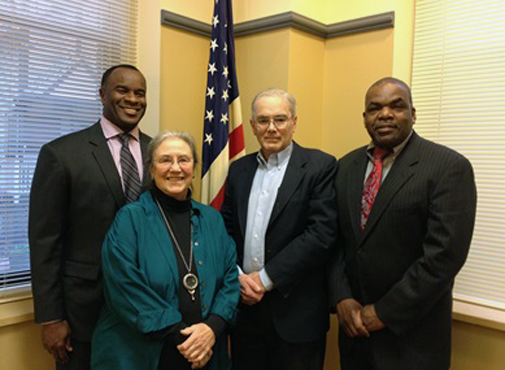 Election commissioners Ethridge King, Polyxane S. Cobb, the late Peter Sheinfeld and Larry Ward. The seats of Sheinfeld and Ward are being appointed by the city manager.

The Republicans have a minimal Web presence – Marquardt said he wasn’t even sure if the group had a website – and Marquardt has declined to answer email and voice mail questions left about the selections. Slater and Terwilliger were also invited to discuss their candidacies.

The Democrats have a committee questionnaire posted with responses from Ward and Mello. “I’ve already run for the position and been included with Larry, and the city manager declined to appoint me and decided to appoint Larry, which is his prerogative,” Stohlman said. “I would be delighted to be appointed, but I offered my name this time to be one of three only to help the process be legal and complete … I’d be happy to be appointed, but Larry would be fine and Gary Mello would be fine too.”

Mello said Stohlman is “by far and way … the best qualified of the three” on the Democrats’ side.  “I think he’s the best guy for the job. But I don’t think he has any greater chance of getting the job than I do,” Mello said.

His own approach to the role is a stark contrast to Stohlman’s. Mello is campaigning aggressively and boldly for what he calls “the hands-down best patronage non-job in the commonwealth” with benefits and pay between $31,000 and more than $37,000 a year for “20 or so hourlong meetings, no more than a dozen – that’s a stretch – full days’ work annually, plus those important duties nobody can really substantiate.”

“It can’t be a job. It isn’t a job anywhere else in the state. We’re alone in the way we treat commissioners like full-time, highly paid employees,” Mello said in an interview. “We’re all by ourselves.”

Ward, a commissioner for three years and an election clerk at two polling places over several elections, called the commission one of the most cost-effective departments in the city. Rossi said the salary model for election commissioners has been in place for decades, even before he began work with the city 45 years ago, and to his knowledge had never been compared with pay in other communities. “The four commissioners are city employees and therefore entitled to benefits and the usual cost-of-living adjustments afforded to city employees,” Rossi said.

In his questionnaire, Mello calls a commission appointment by Rossi “a lucrative reward for friends who will play the game.”

He also believes the “pay/benefits/fealty racket we’ve got” makes it “entirely impossible” to have election commissioners who are “unbiased, fair-minded overseers of the election process.”

Mello believes that the city’s odd-year municipal elections should be moved to even years to save money and ensure higher turnout at the polls, and that poll workers – many of them older and expected to do a long day of work after months of inactivity in the field – might benefit from the right to a paid cab ride to their polling place at the start of the day, as they do at the end. And he believes there should be a standby pool of workers ready to move to polling places with a problem on Election Day. “Sometimes those people just don’t show up, and [that’s when] you’re in trouble,” Mello said, noting overwhelmed Cambridge polls in 2012 when President Barack Obama and U.S. Sen. Elizabeth Warren drew greater voter interest.

He is “entirely opposed” to noncitizen voting privileges, is against same-day registration and believes the voting age in municipal elections should be kept at 18. He expressed a belief that taxpayers are entitled to raw data generated by a public office, including election data, legal briefs from the Law Department or reports from the City Manager’s Office, but that officials at any level shouldn’t be expected to explain data’s meaning – although he also said he has asked questions of city staffers and received answers because “public officials are obligated to answer your questions.”

Last year the Election Commission declined to provide job descriptions for its staffers unless as part of a formal Freedom of Information request, and then charged $29.18 for the information. In his questionnaire, Ward calls the staff “professional, helpful and friendly.”

Stohlman differs from Mello in his approach to public information. “Any group of public servants have an obligation to their bosses to be as transparent and answer questions in a timely manner,” Stohlman said, referring to taxpayers.

As someone who “had the pleasure of being a warden” for the first time in the past presidential primary, and who has visited every polling place as a past candidate for public office, he said he was aware that being a poll worker was a difficult job that – similar to any public-facing “customer service” job – relied on frontline workers for public perception of how an election ran. He felt the current commissioners had done well educating the workers, but could imagine efforts to keep them more comfortable, hydrated and fed during often long election days (though poll workers are not allowed to eat or drink while working). Polls are open from 7 a.m. to 8 p.m., when ballots are transferred to a central location to be counted; workers tend to work 14-hour days, from 6:30 a.m. to 8:30 p.m.

Other poll worker issues include inadequate heating at some voting places, including the basement of City Hall, and occasional difficulty getting promised rides to the polling places where they need to vote.

Ward’s questionnaire answers express mainly that the commission works well and is making good, incremental improvements where necessary, such as the new ability for residents to check their voter registration status online. He favors giving voting privileges to legal immigrants and lowering the voting age in municipal elections from 18. On same-day registration, we “need to be very careful,” but he said he was open to discussing the idea.

This post may be expanded with responses from Election Commissioner candidates Larry Ward, Charles Marquardt, Elliot Scott Slater and Cynthia Terwilliger. It was updated May 2, 2016, to note a difference in the roles between Cambridge and Somerville election commissioners.