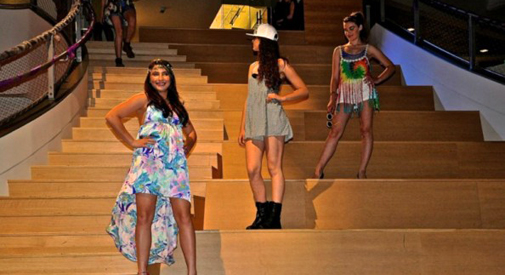 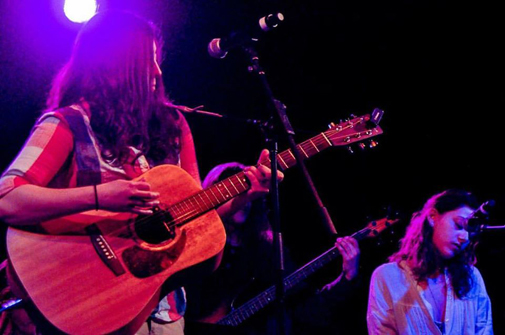 Campfire. Festival runs throughout the weekend, starting at 6 p.m. Friday and noon Saturday, Sunday and Monday at Passim, 47 Palmer St., Harvard Square. Tickets are $10 for daily passes or $25 for a weekend pass.

Passim’s twice-a-year homegrown music festival runs throughout the long Memorial Day weekend with dozens of musical acts. (The Wolff Sisters, above, play opening night.) Originally just a way to fill a bad booking weekend in 1998, the festival now aims to develop talent and celebrate the local music scene, with organizers saying shows can blur the line between performer and audience member – just like might happen sitting around an actual campfire, strumming a guitar or two. The all-ages event, now in its 18th year, has a full schedule here. 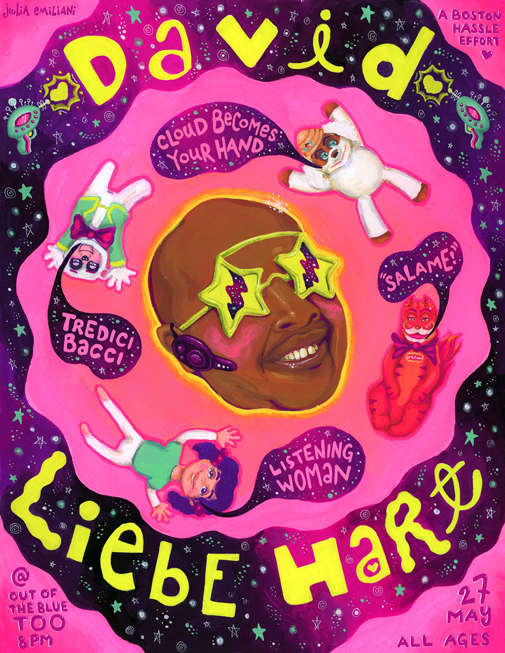 David Liebe Hart and the bands Cloud Becomes Your Hand, Listening Woman and Tredici Bacci at 8 p.m. Friday at Out of the Blue Art Gallery Too, 541 Massachusetts Ave., Central Square. Tickets are $12.50.

For fans of outsider art and the Adult Swim show “Tim and Eric Awesome Show, Great Job!” this is the hot ticket this weekend – turning over a stage to the genuinely eccentric musician and puppeteer David Liebe Hart, whose earnest, awkward genuflections on aliens and religion have powered a mini-industry of pot-fueled laughing fits and debates over whether Liebe Hart (who also does a cable show “Junior Christian Teaching Bible Lesson Program” and has released a Kickstarted punk album) is in on the joke. He’s joined by Cloud Becomes Your Hand, avant garde popsters who share Liebe Hart’s DIY aesthetic, if not his obsessions; Listening Woman, a strikingly weird and funny Massachusetts experimental music troupe; and Tredici Bacci, an instantly legendary project by local Simon Hanes and friends, who create a world of lost Italian soundtracks too authentic to be real. Information is here. 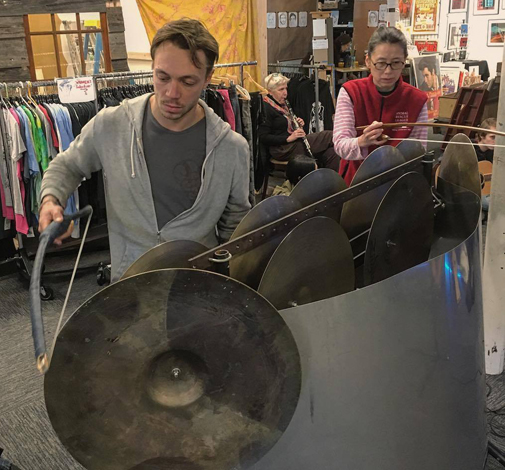 Dronefest: Cronefest from 1 to 4 p.m. Sunday at Out of the Blue Art Gallery Too, 541 Massachusetts Ave., Central Square. Free; there will be a donation jar set up to help cover the cost of the event.

Art isn’t just visual, and musician Vanessa LeFevre is using her 60th birthday (she’s the self-professed “crone” of the title) for a demonstration of aural art – a celebration of droning, ever-changing continuous soundscapes and their power to transport and hypnotize. This is a participatory, community sound performance, open to anyone who want to take part as well as listen, and can be absorbed for anywhere from a minute to the full three-hour runtime. People are invited to bring drone-friendly acoustic or amplified instruments (or just use their voices) and snacks to share. Information is here. 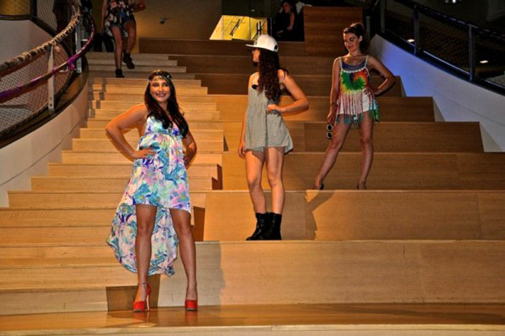 Sisters on the Runway fashion show at 6 p.m. Saturday at the Massachusetts Institute of Technology’s Building 50, also known as Morss Hall, at 142 Memorial Drive. Tickets at the door are $10, or $5 for students.

Students at Cambridge Rindge and Latin School hold their fourth annual social justice-infused fashion show, featuring an energetic lineup of iconic fashion, music and dance from the 1970s to the present. All proceeds benefit Transition House, in recognition of its 40 years working to stop domestic violence. Information is here. 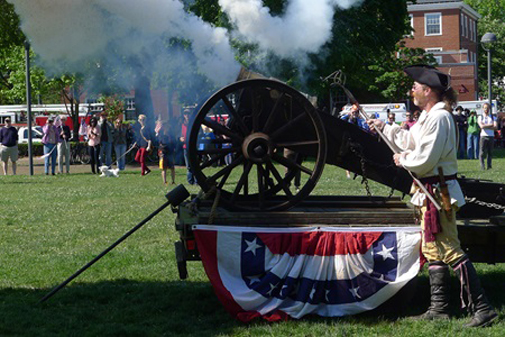 Memorial Day Parade and Observance starting at 9:30 a.m. Monday at on the Cambridge Common. Free.

The city’s annual Memorial Day Parade and Observance begins with a cannon salute by the Massachusetts Bicentennial Battery in Cambridge Common, near Harvard Square; marches through Harvard Square to Coolidge Avenue, with veterans groups, elected officials, police and fire personnel, color guards, bands, drill teams and youth organizations taking part; and ends at Cambridge Cemetery, 76 Coolidge Ave. Along with comments by Mayor E. Denise Simmons, vice mayor Marc McGovern and Cambridge Veterans’ Organization president Philip Anderson, Amigos School fourth-graders will lead the audience in the Pledge of Allegiance, high school students will read the Governor’s Memorial Day Proclamation and sing the National Anthem, “America the Beautiful” and “God Bless America.” A bagpiper will play “Amazing Grace” and there will be a rifle salute and a bugler blowing “Taps.” The Women’s Auxiliary of the Veterans of Foreign Wars and local elected officials will hold a brief memorial ceremony at the John W. Weeks Bridge in honor of Cambridge servicemen and women lost at sea. A post-parade observance will be held at the cemetery at 11 a.m. with Anderson as master of ceremonies and organization chaplain Paul Kim giving an invocation and benediction. Matthew Westcott, a U.S. Army chaplain will give a keynote address. Information is here.

Update on May 29, 2016: Citing a forecast of bad weather, the city canceled the Memorial Day Parade and Observance.