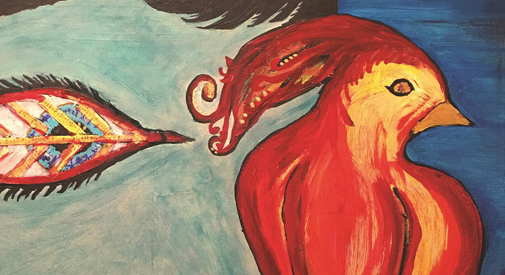 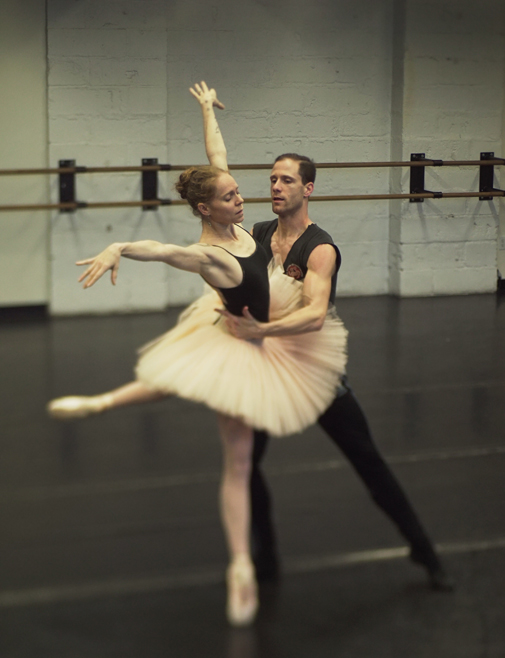 A volunteer orchestra of friends, neighbors and co-workers playing for the sheer joy of making music could lead to laziness and predictability – performances made up of some John Phillips Sousa and John Williams’ “Imperial March” from “Star Wars,” for instance – but in its 41st year, the Cambridge Symphony Orchestra has grown to an accomplished ensemble that, led by musical director Cynthia Woods, keeps looking for challenges. 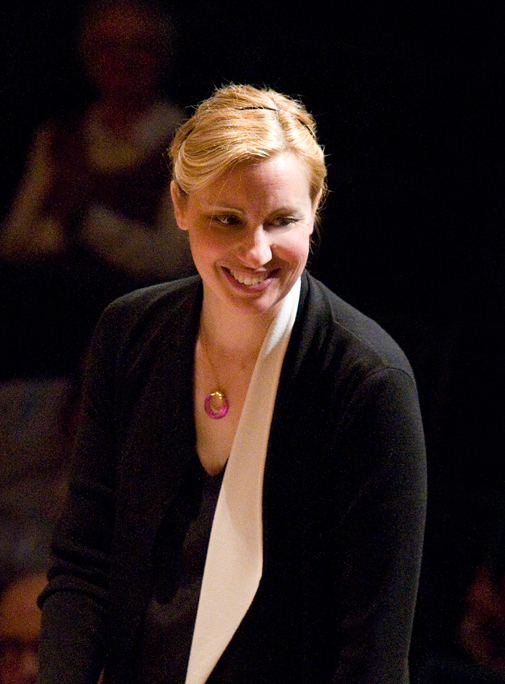 Cynthia Woods is music director and conductor of the CSO. (Photo: Susan Wilson)

The latest innovation arrives on stage 8 p.m. Saturday with some of the same excitement felt by Parisians in 1910, as the orchestra brings Stravinsky’s “The Firebird” to life in a semi-staged production of the full ballet. Done in collaboration with NorthEast ArtSpace, the ballet of Russian fairy tales debuts choreography by Gianni Di Marco for dancers costumed by Ruth Whitney in traditional style, with rich colors and lush fabrics.

“Not many dance companies have the luxury of performing with a live orchestra, and not many musicians have accompanied live dance before. This performance is bringing Stravinsky’s music to life in a new way never before seen in Boston,” Woods said.

“Usually, as orchestra musicians we all do the suite, which is about 25 minutes of music pulled out” of the full symphony, said Woods, the orchestra’s conductor as well as music director. “This time we get the chance to do the whole thing. We’re very excited.”

It also brings the orchestra out of the pit (placement that suggests the music is in a supporting role) and puts the musicians onstage as equals. 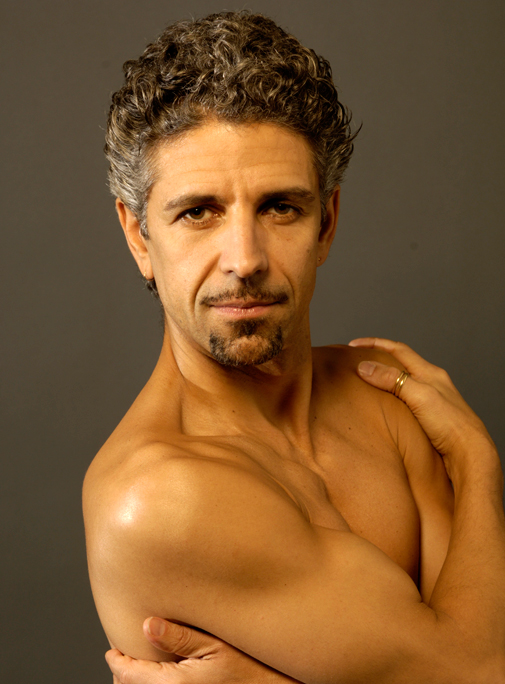 “The Cambridge Symphony Orchestra is breaking barriers with this collaboration,” Woods said.

It can be a challenge. For dancers who these days are used to working with reproduced music that is exactly the same performance after performance, taking to the stage with a live orchestra demands a different kind of listening. The dancers must sometimes literally think on their feet. “Every night is going to be different working with live music,” said DeRocker, recalling her time dancing with another orchestra for nearly three dozen performances of “The Nutcracker,” including one time a chunk of music simply disappeared, forcing the dancers to improvise “That’s kind of an awesome challenge, in a way, because you dance differently.”

Di Marco called it “a great honor” to be part of the collaboration. “Dance to live music always has a special feeling.”

For Woods, who grew up dancing as well as playing music, the collaboration felt inevitable, but she’s “super thrilled it’s finally happening, and happening with such quality dancers and with such amazing music,” she said.

“It has such an enormous amount of energy in the writing. But incredible line too, which makes it so interesting to pair with dance, this ferociousness of orchestral writing that takes place. For instance, The Infernal Dance [from ‘The Firebird’] isn’t something you really see in 19th century music or dance … it’s a revolution that happened in music as we left the romantic era and headed into the 20th century, and was so beautifully displayed by Stravinsky’s long-standing collaboration with the Ballet Russes [that] it just seemed like the perfect place to start.”

The Stravinsky piece sees Prince Ivan stumbling into the realm of an immortal magician, where he chases and traps the Firebird. In gratitude for Ivan not killing her, the Firebird gives him one of her feathers, which he can use to summon her help. When Ivan finds and falls in love with a princess under the magician’s spell and the magician attacks, he calls for the Firebird – who takes terrible, triumphant action.

That’s not the only fantastical element of the show; the program open with Dvořák’s tone poem “The Water Goblin,” based on a Czech story that is itself based on a fairy tale in which a girl is kidnaped from her home and forced to marry an evil goblin (but escapes).

“The Firebird” and “The Water Goblin” make up the final performance of the orchestra’s six-concert 2015-16 season. The performance is at 8 p.m. Saturday at the Massachusetts Institute of Technology’s Kresge Auditorium, 48 Massachusetts Ave. Tickets are $15 to $25.