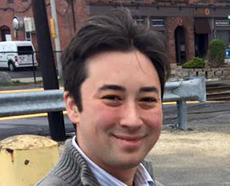 John Crowley, president of the Cambridge Police Patrol Officer’s Association, described Cheung as “the best choice for intelligent, sensible and accessible representation” and as “a vocal supporter of issues which impact our association and those of other public safety unions.”

“The Massachusetts Municipal Police Coalition is excited to join its member unions in Cambridge, Medford and Somerville in endorsing Leland Cheung in the Second Middlesex Senate District Democratic Primary,” said Harry MacGilvray, president of the Massachusetts Municipal Police Coalition and the Medford Police Patrolmen’s Association. “In Cambridge, Leland has shown he understands what it takes to keep our communities safe and the role our members play in doing just that.”

John Frongillo Jr., president of the International Association of Firefighters Local 1564, announced the organization’s endorsement of Cheung, saying, “Leland has stood shoulder to shoulder with current and retired public employees and has fought tirelessly to protect their interests.”

Cheung said of the recent endorsements, “I am deeply gratified to have the support of so many local union. As state senator, I look forward to being a powerful voice for the interests of working families both in the district and across the commonwealth.”

As city councillor, Cheung has been an ally of organized labor. Cheung also serves as a member of the policy committee on personnel and labor relations for the Massachusetts Municipal Organization.