‘The Peacemaker’ is also our pub keeper, and the topic of film festival documentary 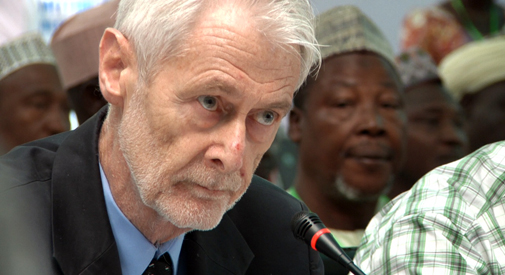 ‘The Peacemaker’ is also our pub keeper, and the topic of film festival documentary

Next time you’re sipping a cold pint at The Plough & Stars, mull over the fact that owner Padraig O’Malley also happens to be a world-renowned specialist in conflict resolution – among the many hot spots he’s traveled to was Iraq in 2007, to covertly procure airline tickets so peace process participants could get to a conference in Finland. O’Malley’s long-simmering quest gets detailed in James Demo’s documentary “The Peacemaker,” along with O’Malley’s complicated life, personal challenges and the iconic bar he founded with his brother back in the 1970s. The film, a selection at the Independent Film Festival Boston in April, plays again as part of the Woods Hole Film Festival, which begins today and continues through Aug. 6.

Demo, a local video producer and filmmaker, toiled as a lawyer in New York City before having a change of heart to pursue his passion. He learned of O’Malley’s global exploits after moving to Cambridge and frequenting his watering hole, at 912 Massachusetts Ave., near Central Square. Demo shadowed O’Malley, also a professor at the University of Massachusetts at Boston, for six years, traveling to former conflict hubs in Africa, Kosovo and Northern Ireland (where the peacemaker was born). One of the revelations delivered in the doc – ironic, considering he’s a bar owner – is that O’Malley’s a recovering alcoholic. The film builds strong parallels between O’Malley’s personal demons and the struggles of the fragmented civilizations he tries to help. “His means of dealing with his personal conflict, became a model for engineering conflict resolution,” Demo said.

The bar, which O’Malley manages from afar, was not only the launching place for the Ploughshares literary magazine (now the flagship publication of Emerson College) or the first bar in Boston to put Guinness on tap, but also helps fund O’Malley’s world peace undertakings. The film shows at the WHFF at 9 p.m. Monday.