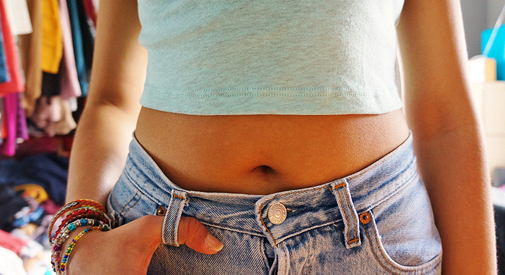 A districtwide student dress code made its third appearance in as many meetings on Tuesday’s School Committee agenda, and again remained unresolved at the end of the night.

Three students speaking on the topic during public comment were ultimately the only people in the room to discuss the policy.

Cambridge Rindge and Latin School student Charlotte Rosenblum appeared for her fifth time on this topic and said she wanted to “reassert what I said at the last [August] meeting” – that a sentence that appeared in the draft requiring students to be covered “mid-thigh to the top of the chest in non-transparent material” – is “not feasible, not in line with the rest of the statement and targets female students.” She added that she had talked an hour earlier with the high school’s principal, Damon Smith, with whom she and others worked closely in crafting the new language, “and he said that the language composed by the CRLS group was the language that he had approved.” That didn’t include the new sentence.

She was supported by two other CRLS students, including the editor of the student newspaper, The Register Forum. Diego Lasarte testified that his paper has been covering the issue closely for the past three years, and that Rosenblum and her peers have done impressive work in building a coalition of students, faculty and parents. “Prolonging this any further risks diluting the thoughts of the people who really matter – which are the parents, the students and the teachers,” he said.

The sentence in question was added to a new dress code policy draft during a June 7 committee meeting, when the dress code was not on the agenda but revisions to the student Rights & Responsibilities Handbook were. It was during that discussion that member Manikka Bowman added the language calling for all to be covered from mid-thigh to the top of chest. It was aimed at both girls and “boys with saggy pants,” and her proposed language was “gender-neutral,” she said at the time.

After the close of Tuesday public comment, Mayor E. Denise Simmons spoke to the three students in the audience. “Specific to the dress code, the School Committee will probably not take that up for discussion this evening,” she said. “I didn’t want you to sit and wait.” It was an interesting move because nothing had been said publicly among School Committee members hinting that this policy, listed for its second and final reading, would not be addressed.

After Simmons made the announcement, Bowman said she was tabling the motion because “the superintendent has not had time to take it on.” Dexter questioned whether a motion can be tabled twice in a row – the first being at the Aug. 2 meeting, when member Patty Nolan asked for consultation with Smith and the students regarding the sentence in question. (At that meeting, vice chairman Fred Fantini had suggested that the sentence be struck and the policy be voted on, but the committee demurred. Deputy Superintendent Carolyn Turk had also said then that she would confer with Smith.)

The dress code policy now goes on the agenda for the Sept. 20 meeting. In the meantime, the dress code for the district remains the one in place before negotiations began in the summer of 2015, found on Page 40 of the handbook.