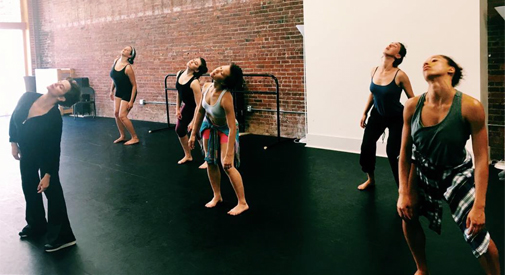 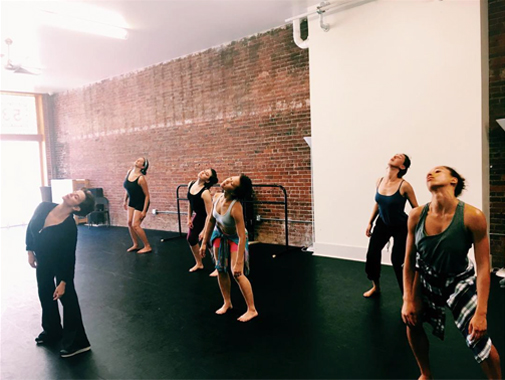 From Rozann Kraus, founder of The Dance Complex, Sept. 19, 2016: On Sept. 21, 1991, the doors to a shuttered, bankrupt health club chain were flung open again and the New Dance Complex was born – a bunch of dancers squatting in a huge old building, determined to dance our way into this city’s heart. We soon dropped the New, understanding the “Nude Ants” and the nascent community organization would outgrow both these labels. Twenty-five years later, though no longer affiliated, I maintain warm recollections of those early years before the sound of African drumming welcomed you to Central Square.

I remember asking a dear family friend if he knew how to get an assessment if the property was locked. I’d recently moved to Cambridge, but knew Mel had something to do with real estate, and he’d probably have an idea. Mel Roebuck (to my shock and awe) was senior vice president of Forest City Development and very eager to help. In the process of deciding if Central Square was worth saving, Mel was very interested in the prospect that people would actually enjoy taking the subway to come and dance. In short order, he introduced me to just about every decision-maker and red-tape cutter in the city, offered his luxurious corporate rooms for our meetings and helped me convince a group of bankers, business, leaders and elected officials to listen to my story. It was simple: There’s a facility with four large studio spaces – no good to anyone except dancers – that was as an eyesore in the center of Cambridge, discouraging investors and retailers from renting any of the many vacant storefronts.

The Joy of Movement Center had closed March 23, 1991. There was a moment, a few months later, when everyone in power in Somerville and Cambridge believed that if I wasn’t given the keys to that building, the world might never recover. By then, lover of all things east of Harvard Square Ken Reeves was en route to becoming mayor. Our visions, energy and indomitable chutzpah were so aligned that we were able to get inside the building, clean it and open it as a volunteer-based, artist-run center for dance. A few months after our September opening, I was invited to meet with the Central Square Business Association board. When asked by Carl Barron for our five-year plan, I replied I barely had a five-day plan.

Yet our mission was always to make sure dancers got what they needed and to become a good neighbor to our larger community. With mayor Reeves we invented DanceMonth, and dance ruled the city each May for 15 years. Dance in the Schools, part of that celebration, is still integrating core material and movement in the public school classrooms. We also learned to respect history as well as create it.

With that sense of history, I’d like to thank some of the hundreds of people who helped make our miraculous dream a reality. Muchas gracias to Ken (now teaching at the Massachusetts Institute of Technology) and Mel (retired to California), Daniel Epstein, Alice Wolf, Jack Dobson, Juliet Blau, Art Klipfel and [apologies to names omitted] and all the dancers who cleaned, opened, closed, registered, taught, performed, mentored and supported, took a chance and helped make it work.

And thank you to Cambridge, for letting The Dance Complex become part of the fabric of this fair city. Noisy drums and all.