Films you’ll be talking about (or avoiding) just screened in Toronto; what to look for 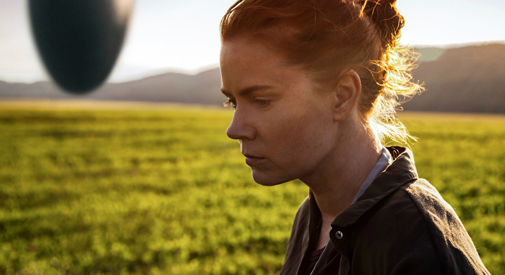 Films you’ll be talking about (or avoiding) just screened in Toronto; what to look for

The Toronto International Film Festival (Sept. 8-18) brought some spectacular films to look for and some absolute duds. Terry George’s “The Promise” starring Christian Bale and Oscar Isaac should be given a large pan by audiences and critics alike, a love triangle playing out against the tragedy of the Armenian genocide that manages to both trivialize the subject and turn every scene into something melodramatic.

Jim Sheridan’s “The Secret Scripture” was another bore in which Rooney Mara (as a mental patient) couldn’t muster up the energy for such a tepid and redundant screenplay.

Middle-of-the-road pictures such as “Colossal” and “Neruda” work due to the imagination going into them. “Colossal” stars Anne Hathaway as a perpetually inebriated young woman who finds out that actions affect far more than just those around her when a mysterious monster begins attacking Seoul. Visually clever in its showcase of the damage done to the city and a scathing look at what self-loathing and entitlement will do to someone such as Jason Sudeikis’ character, Oscar, “Colossal” may not be a home run, but it introduces enough clever ideas to sustain attention. Similarly, “Neruda” is interesting more in theory than execution, with a superb visual flair and Gael García Bernal extraordinary per usual – it simply loses momentum a half-hour in.

The festival highlights were immense, however, and many will be the films people talk about through the year’s end.

“A Monster Calls,” based on the novel by Patrick Ness and directed by J.A. Bayona, is a stirring work about a boy processing his mother’s illness. Animation that evokes deep-rooted emotions and a cast full of performers creating lived-in characters are just two highlights.

“Arrival,” directed by Denis Villeneuve with excellent cinematography by Bradford Young, uses science fiction as a Trojan horse for processing grief and expressing hope for worldwide unity in the face of a threat, be it extraterrestrial or homegrown. Amy Adams, as master linguist Louise, proves once again that she is one of the greatest actors we have working today, and this is easily the most effortlessly charming Jeremy Renner has been since “The Hurt Locker.” For all of its pronouncements of being a “thinking person’s sci-fi,” the film is much more concerned with heart and emotion; the theme of language being our greatest weapon and our greatest tool rings strong too.

But it was Damien Chazelle’s musical bout of wonder, “La La Land,” that captured minds and hearts and had audiences leaving the theater in a mild daze. The film showcases fine performances from Emma Stone and Ryan Gosling – a great onscreen pairing, with effortless charisma and chemistry. The music and the dancing pay homage to the musicals of old while managing to cement themselves, and the film, as a purely 21st century creation. Its melding of the old and the new is what makes for such exciting viewing. The optimism in this film is profound; we can’t help but be caught up in the couple’s romance, hopes and dreams. If there was one film to put on the calendars as a must-watch for the rest of the year, it’s this. It arrives Dec. 2.