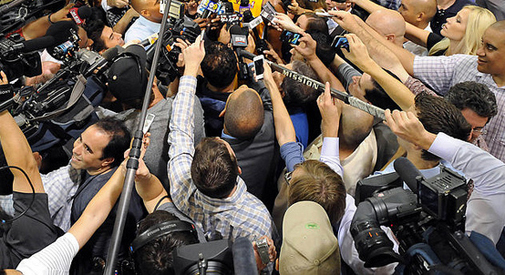 What kind of impact has the media – more or less locked out by Hillary Clinton and outright attacked by Donald Trump – had on the election? Cambridge Community Television hosts a free mini-conference Saturday on “The Media and the Election” to see if a dozen local journalists can figure it out.

The first two of three panels (“Political Reporting: What Happened?”) look at journalistic responsibility, media bias, antagonism in and toward the media and the media’s effects on third-party candidates, among other issues. The final panel (“Lead-Up to the Election: What We are Seeing Now”) explores how the media landscape and tone has changed since the primaries, the influence of polls and other issues.