‘Patriots Day’: When you need a Wahlberg to add drama to Boston Marathon bombing 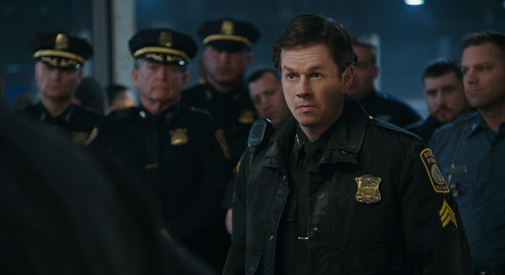 ‘Patriots Day’: When you need a Wahlberg to add drama to Boston Marathon bombing

Tragedy makes for good cinema. For reference, look to the five movies a year made about World War II. Hollywood knows most audiences, myself included, eat it up when given the chance to look on tragic events with a disenchanted and distant eye, able to disassociate ourselves and see the film that transpires as catharsis. 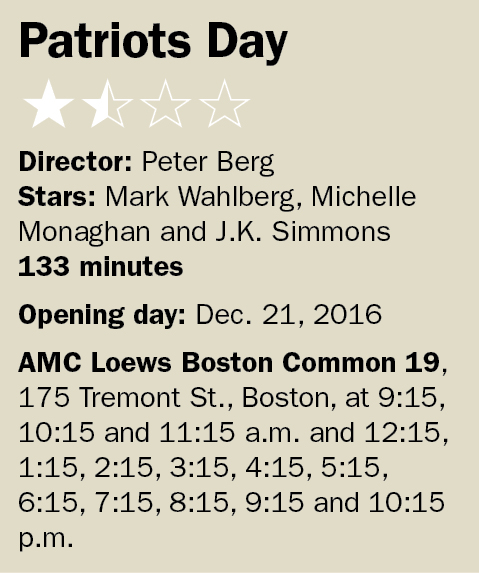 But then we get Mark Wahlberg and Peter Berg’s third team-up in nearly as many years, “Patriots Day,” which takes any sense of catharsis the city of Boston has built up over the past few years and tramples it with a single objectively poor decision. What little grace Berg demonstrated in the oddly underrated “Deepwater Horizon,” also released this year, is completely and totally forgotten in the tone-deaf and mildly offensive “Patriots Day.”

Based around the Boston Marathon bombings, the film traces the steps of the Tsarnaev brothers (played here by Alex Wolff and Themo Melikidze) and the brave men and women of the Boston police, led by then commissioner Ed Davis, as they pursued the brothers in a massive manhunt that resulted in a complete lockdown of the city. A recount of the tense moments right before the explosions and the terrifying days following are all captured here, mostly indelicately.

The biggest sour note comes in the form of Mark Wahlberg’s Tommy Saunders, a fictional character who is heralded in the film as one of the story’s great heroes.

While there’s some sense in creating an audience surrogate for a leading role in these kind of films, or at least capturing a few different true stories in a composite character, creating a fictional one so Wahlberg can play hero leaves a repugnant aftertaste. There are many, many people – real people – who deserve to be heralded as heroes, and many civilian acts of selfless heroism that might’ve been written into the film but go completely ignored in favor of Wahlberg. (Elsewhere in the film, John Goodman and J.K. Simmons deliver serviceable Boston accents, which is about all they get to do, underserved despite playing characters based on real people.)

The film is not without minor, technical highlights. The lead-up to the first, then second explosion is shot with a taut, tense energy that leaves the audience member (re: me) filled with anxiety despite having seen it play out on the news years ago. As mentioned, Simmons and Goodman do decent jobs, demonstrating their natural charm, and there’s a sense Berg and Wahlberg wanted to do good by Boston and the victims of the tragedy. But their crippling need to “entertain” by turning moments of a city frozen by fear into a one-man operation is a poor and frustrating choice. The film should have turned an eye to the victims as much as they turned them to the police officers and a city full of bystanders. It still would have made for a good cinematic experience.

“Patriots Day” is going to be a divisive film, and one that (naturally) lands harder with those who experienced the week firsthand than those who watched from a distance. So is often the case with films about real-life tragedies. But personal baggage aside, the film is too choppily made, rushed and heavy-handed to be anything greater than a by-the-numbers, “based on true events” pic.