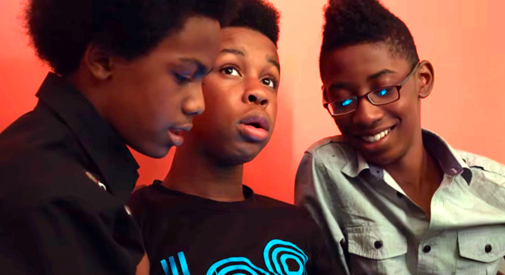 Belmont World Film hosts its 14th annual Family Film Festival, presented by the Jackson-Walnut Park School and the toy store Henry Bear’s Park, from Friday through Monday at the Regent Theatre in Arlington, the Studio Cinema in Belmont and, for the first time, the Brattle Theatre in Cambridge. The Family Film Fest will feature 13 film programs, with 35 animated and live-action films from around the world geared for children ages 3 to 12. The programing is imbued with a multicultural awareness, leveraging the medium of film to expand and educate while providing adolescent escapism and top-notch animation.

Also on the slate is the latest cinematic version of “Heidi” starting Bruno Ganz (“Wings of Desire”) and “Breaking a Monster,” a documentary about three 12-year-old boys from Brooklyn who form a heavy metal band and get signed to a $1.8 million record deal.

Other highlights include “Celebrating the 75th Anniversary of ‘Make Way for Ducklings’” and other Caldecott Medal winners, on Saturday in Belmont, where an iconographic take on the beloved Boston-set story (and iconic Boston Garden sculpture) will be shown along with animated versions of “Where the Wild Things Are,” “Sylvester and the Magic Pebble” and other classics. And thanks to a grant from the Massachusetts Cultural Council, Aardman Animation creative director Merlin Crossingham (“Wallace and Gromit” and “Chicken Run”) will be on hand for a talk and to sign autographs after Friday’s opening night screening of the Oscar-winning “Wallace & Gromit: The Curse of the Were-Rabbit” at the Regent Theater. He will also lead two (sold out) model-making and animation workshops.

In congruence with its long-standing tradition, the Belmont Film’s Family Fest will feature numerous short animated pieces from the legendary Weston Woods Studios (a small but highly regarded animation house in Western Connecticut that’s been in the game since the 1950s) and other eclectic cross-cultural offerings including “The World of Us,” the story of a South Korean girl shunned at school for befriending the new girl; and “Mr. Frog,” a live-action film based on the best-selling Dutch novel about a teacher who turns into a frog at the mere mention of the word. There’s even “Goldilocks and the Three Dinosaurs” as part of the “Laugh Out Loud with Mo Willems” program. For tickets (feature-length films are $9; shorts programs are $6; full festival passes are $45), times and information, go the Family Film Festival’s website at belmontworldfilm.org.