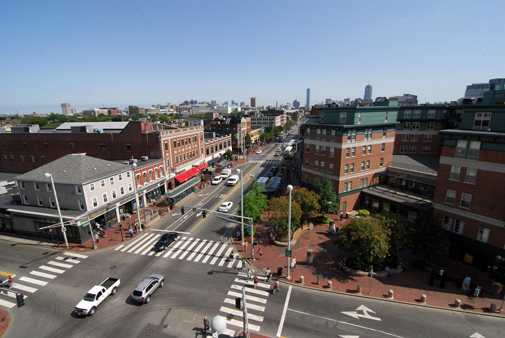 Central Square residents and business owners have proposed their own zoning for improving Central Square after years of no action on other processes. (Photo: Eric Kilby)

Seen as a bottleneck that can stall improvements citywide for years at a time, Cambridge’s planning department is due for more staff and potentially a “radical restructuring,” city councillors say.

After debating zoning proposed for Central Square that could add housing and turn overly broad restrictions against “fast food” shops into more up-to-date rules to keep out “formula businesses” – the zoning proposal was moved to the council’s Ordinance Subcommittee for more in-depth examination – councillors were primed Jan. 9 to consider one of the reasons it has taken years, if not decades, to make improvements.

“It feels like there is no plan, it feels like we’re just going in circles, frankly, and I’ve been very disappointed with Community Development’s ability to both negotiate with engaging the public and … juggle long-term, midrange and the immediate things we need to do,” councillor Leland Cheung said. “This should have been voted years ago.”

Assistant City Manager Iram Farooq, leader of the Community Development Department, pushed back against moving too quickly, noting that some issues couched as important to Central Square would reasonably be defined by the citywide Envision Cambridge master plan process, which has years to go, and that her department had only just finalized the selection of a consultant to do a retail analysis. Various parts of the zoning and resulting council questions called for another six to eight months of work, she said, and study of how to develop municipal parking lots isn’t even included in current budgeting.

Central Square has been through a red ribbon commission that began meeting in August 2010, leading into the so called C2 process of 2011-12 with a final report released by the Community Development Department in December 2013 – yet there has still been no vote or cohesive action. The latest effort, the Central Square Restoration Zoning Petition, was crafted by despairing residents and the local business community to focus specifically on the safest, least controversial aspects of work from those studies. Resident and landlord Patrick Barrett sent a packet of “259 pages of study from the past three decades” about Central Square in support and still found himself begging officials during public comment to “stop bogging this down with things that have already been studied, things you already know, and let’s try to get something done.”

But Central Square improvements are not the only point of frustration for officials and resident dealing with the Community Development Department, with councillors mentioning not only how long it’s been since they’d received an update on an ongoing citywide development master plan, but on issues such as urban agriculture, Airbnb regulations and the needs of the city’s nonprofit sector. A fairly simple pedestrian bridge over railroad tracks in Alewife was studied in 2005 and refunded for a $375,000 study again in 2013, only to become part of a third $190,000 feasibility and design study in 2015.

Community Development was funded for $8.5 million as a 49-person department in the current fiscal year, up by four staffers from the previous fiscal year and six from the 2015 fiscal year, and brings on consultants for larger projects: K2C2, which imagined the future of Kendall and Central squares, was led by Goody Clancy under a  $350,000 contract, and the firm Utile is leading a three-year $3.3 million master planning process.

Yet councillors have wrestled frequently in the past few years with which initiatives to send on for department study, acknowledging its workers are overloaded already.

In a document looking ahead to goals for the year, councillor Nadeem Mazen expressed disappointment with Community Development Department capacity while praising its staff. 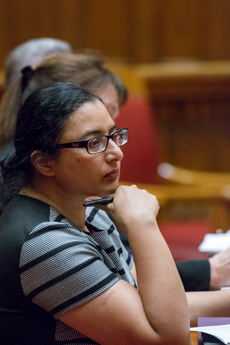 “It’s not unusual to see the same CDD officials first thing in the morning and again at city meetings past 8 p.m. – not just on Mondays,” when City Hall is open late, Mazen said, “but throughout the week. It’s clear that this work has been taxing on many in the department, but everyone is grinning and bearing it with incredible grace. In particular, I see and benefit from [land use and zoning project planner] Jeff Roberts and Iram Farooq so much that I feel it necessary to pay them special regard for their hard work and ever-presence.”

“This body has previously communicated that if the problem is funding or hiring, that we are behind CDD and the city manager in appropriating that funding,” Mazen said, asking new City Manager Louis A. DePasquale for a “clear answer” on what more is needed to get the department responding more rapidly.

Fellow councillors agreed enthusiastically, stressing that the call was “not an attack,” in the words of Dennis Carlone, and “could be construed as a difficult conversation but doesn’t have to be,” as Jan Devereux said. “The department is carrying a big burden, and they could use more help.”

“Wearing too many hats”

“We do have really talented people, and we literally see them working hard … around the clock,” Cheung said. “On the other hand, the list of things the council has asked for or initiatives that have been stalled out or stymied or [to which they] just haven’t been as responsive as they should have been is too long to list. Something seems not be working.”

But it was councillor Tim Toomey who called for the city manager to look at a complete restructuring of a department – and possibly shift some responsibilities elsewhere – for which “myriad” requests from the public and council can be overwhelming.

The same staffers are recruiting businesses to come to the city, helping write zoning with businesses, residents and councillors and working with neighborhoods on their own issues. “I don’t think you can have the same people who are supposed to be representing the neighborhoods’ interests also doing business development and trying to bring in companies,” Cheung said. “Those are often conflicting … they’re wearing too many hats and doing too many different jobs.”