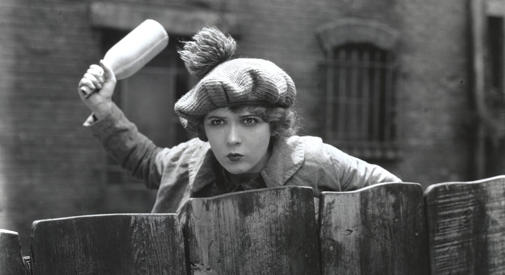 The Brattle Theatre’s “The Women Who Built Hollywood” series runs through March 8, jumpstarting a “Year of Women in Cinema” program meant to counteract some depressing film industry trends.

For all the innovation coming from female creators such as Ava DuVernay, Jane Campion and Lynn Ramsey, there’s little push for new female voices. Where male filmmakers can afford to make one blunder after another without real consequence (see: M. Night Shyamalan, Max Landis and Zack Snyder), advancing regardless, women must prove themselves constantly and risk blackballing if one of their films tanks critically or commercially.

Not that success guarantees much. The Brattle starts the series with films from the early days of Hollywood that were “directed, written, edited, produced or just plain willed into existence by women,” but many of those forces remain obscure.

That includes stars such as Mabel Normand – all but forgotten today despite having starred in more than 200 films and rivaling Charlie Chaplin as silent comedy royalty – but also pioneering female screenwriters, directors and the women at the dawn of Hollywood who embraced jobs male creators wouldn’t tackle, including editors who went on to influential jobs as supervisors at Columbia Pictures and MGM.

Films that will be screened include Mary Pickford’s “Little Annie Rooney”; Lillian Gish’s “The Wind” (from a novel by Dorothy Scarborough); “Bombshell,” for which Margaret Booth reputedly become the first titled film editor; and more.