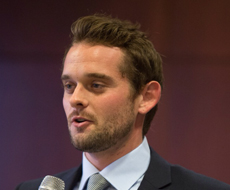 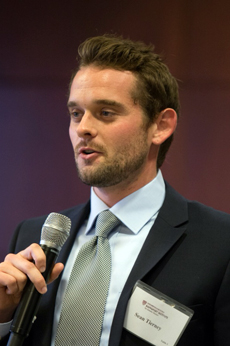 From the Sean Tierney campaign, March 9, 2017: Sean Tierney announced his candidacy Thursday for City Council. Tierney is the research director and legal counsel for the Joint Committee on Housing for the Massachusetts State Legislature. In his announcement, Tierney highlighted his housing and public policy experience as crucial attributes he would bring to the council.

“I want to use my experience as a housing policy attorney to help Cambridge adequately address our housing needs. I am committed to developing city policies that help our longtime residents stay in our neighborhoods. I also recognize the profound need for new housing options for all income levels. This is a challenging issue for Cambridge. We must work together, but we must also partner with our municipal neighbors to confront our housing shortage as a regional crisis,” Tierney said.

In an email and Facebook message to supporters, Tierney credited his Cambridge upbringing for defining his values, political philosophy, and commitment to the Cambridge community.

“I am a proud graduate of the Cambridge Public Schools and continue to volunteer as a football coach for the Falcons. At Cambridge Rindge and Latin we were taught the importance of our high school’s motto: ‘opportunity, diversity and respect.’ We learned to recognize gaps in opportunity and understand the roots of inequality and privilege; to celebrate our differences, and treat each other with compassion and dignity; to question the status quo and to believe that through hard work, dedication, and consensus, we can always do better. These are the core values that drive my candidacy,” Tierney said.

Tierney began his career working at Harvard Kennedy School’s Institute of Politics, where he ran the John F. Kennedy Jr. Forum. In addition, the Tierney campaign said, he has been the a Marshall-Brennan constitutional literacy teaching fellow at  City on a Hill High School in Roxbury; a Rappaport fellow in law and public policy in the Massachusetts Attorney General’s office; a legal intern at the Lawyers’ Committee for Civil Rights and Economic Justice; a Cambridge Ward 9 delegate at the 2014 State Democratic Convention; a fellow at the New Leaders Council, a training program for progressive millennials; and deputy legal counsel at the state Legislature’s Committee on Revenue.

Tierney hopes to weave Cambridge’s rich history with the exciting possibilities of the city’s growing economy. He is committed to fostering pipelines of opportunity for all residents by leveraging our universities and the innovation economy.

“I believe that our diverse history and shared values will guide us as we work together to make Cambridge an inclusive and world-class city for generations. As city councillor, I will honor this history and represent our shared future,” Tierney said.

In his announcement, Tierney summed up his campaign in one sentence, “This is who I am, and this is what this campaign is all about: The City of Cambridge.”

This post’s headline was corrected April 8, 2017, to show that Tierney worked at a Harvard institute rather than being Harvard educated as well. The inaccurate headline was Cambridge Day’s fault, not the candidate’s.