‘After the Storm’: Dad’s trying to make up, but his failings have been a lot to weather 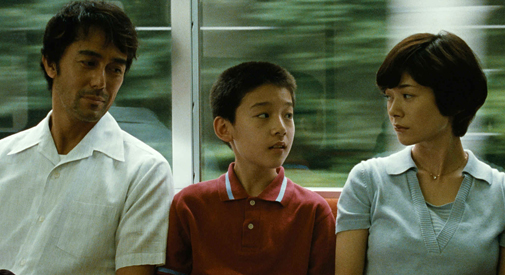 ‘After the Storm’: Dad’s trying to make up, but his failings have been a lot to weather

Delicately woven, warmly portrayed and capturing the balmy and refreshed atmosphere that follows a summer rain, Hirokazu Koreeda’s “After the Storm” is a quiet masterpiece. A small story told with big, universal themes, the film isn’t just a beautiful one, but an important one for all filmgoers to consume, a film that highlights the flaws and triumphs of an everyday man who is fighting his own demons and faults to try to better himself and his family. It’s deeply understated, beautifully performed and, despite its intricate and internal storytelling, a film that will resonate with many viewers, not just a niche audience. 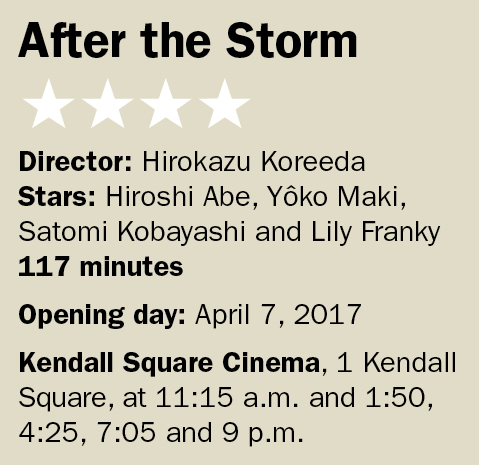 Ryôta (Hiroshi Abe) is addicted to gambling and barely able to pay child support from the money he makes as a private detective. Following the death of his father he reaches out to his aging mother (Kirin Kiki) and his ex-wife (Yôko Make), who are trying to move on with their lives. Things come to a head one night when a storm arrives, forcing them all to share the same apartment and explore their past, present and future bonds.

The cast are uniformly strong, demonstrating an ease with one another that would suggest familiarity without the aid of the script. Kiki and Abe stand out as mother and son, with the former bringing an aging elegance to the role as she tries to impart some late-in-life wisdom onto Ryôta, who tends to disregard her advice. Abe is a wonder in a role that calls for a specific duality. Ryôta, by his very nature, is something of a con man, and when the family is distrustful or forgiving of his missteps we need to be able to differentiate his sincerity from his lies. Always charming, with big, expressive features and a hunched physicality that hints at the man Ryôta might’ve been, Abe puts a lot of star quality in this intimate performance.

Gorgeous and drenched in post-thunderstorm hues, the cinematography by Yutaka Yamazaki and music by Hanaregumi give the picture a lived-in atmosphere, with the photography especially possessing the ability to inflame the senses. There’s a tangibility to the scenes, from Ryôta hiding out in his car on a job and the stifling humidity that translates from the screen, to the smell of the pavement after a particularly heavy rainfall. That sense of familiarity is a part of what makes “After the Storm” and all of Koreeda’s work so masterful.

Koreeda has built on the idea of familial legacy with films such as “Our Little Sister,” “Like Father, Like Son” and “I Wish” in the past few years, all grappling with the questions of what it means to be a member of a family. Koreeda is one of the greatest directors working, because he understands that the intimacies of life are as innately cinematic and worthy of exploration as the life-changing moments; he understands that those small moments lead to the large. Comparable only to Yasujirō Ozu, who also distilled the small and personal moments of life through filmmaking, every film Koreeda does is worthy of excitement in seeing how he explores a common person’s psyche with humanistic warm and excellence.

An empathetic film about honest mistakes and trying to right wrongs, “After the Storm” proves that misdeeds can be weathered and any relationship salvaged with the right amount of effort. A story about a father trying desperately to weave his way into the fabric of his son’s life, to not be forgotten and to allow some essence of himself to lay a lasting imprint on his son, the film is a gorgeous tale that offers up its familiarity as a beacon drawing its viewers in. Sometimes all we need is to see some compassion on screen to leave the theater feeling better about our day.