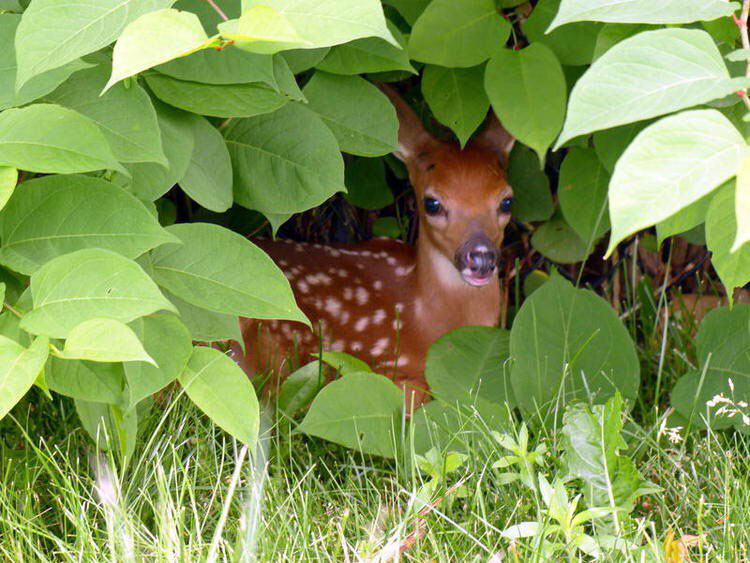 Attempts to hold an orphaned fawn hiding out near Alewife failed over the weekend.

Animal Control officers will be out today looking for an orphaned fawn at Jerry’s Pond – and it’s crucial they’re the only ones out looking.

“They’re very fragile,” said Alison Price, a Cambridge animal control officer, referring to deer. “When they get overheated and exhausted and stressed out,” they can die from a syndrome called capture myopathy.

When a young deer came into Cambridgeport about 15 years ago on a very hot April day, only to be chased and surrounded by excited residents, the animal collapsed and died, Price said. “We really want people to stay away. They’re not helping,” she said. “They’re scaring her.”

Price and a Belmont animal control officer were out Monday afternoon looking for the fawn, but they “just couldn’t get close enough to her and didn’t want to stress her out,” Price said. Finally, it grew too late in the day to get it to rehabilitation in Jamaica Plain.

After learning a deer killed by a car Friday on Rindge Avenue left behind its offspring, former mayor Anthony Galluccio has been among the people concerned that the orphaned animal gets to safety rather than stays lurking at Jerry’s Pond, the fenced-off former city swimming hole at Rindge Avenue and Alewife Brook Parkway.

The fawn “was spooked and is lost,” said Galluccio, a former state senator, mayor and city councillor and now a, coach, nonprofit volunteer and principal at the Galluccio-Watson Law firm.

He’s not the only person looking. He learned of  the fawn from a neighbors group and alerted City Manager Louis A. DePasquale on Saturday. The fawn has been spotted at least twice, including on Monday, when it was seen behind the chain-link fence of the overgrown land around the pond. Galluccio shared the images through his Twitter account.

“The deer lose their way down the Minuteman Path once in a while,” Galluccio explained, after speaking with Mark McCabe, director of Cambridge’s Animal Commission.

The fawn may be in good company at the pond, which has reportedly been home to everything from carp and sunfish to visiting heron.

Jerry’s Pond, also called Jerry’s Pit, dates back to around 1870, when clay was dug up for bricks and the pit was allowed to retain water. It had a second life as a supply for ice until the 1920s. Generations of Cantabrigians used the pond for swimming in good weather, and a group working to revive the site as a public recreation area is pointing people toward a July 13 event being run by the city’s Historical Society, a “Clay, Bricks, Dump, Park” history café and walking tour.