The week in music, from Matthew Frantz acoustic to Western Den’s progressive folk 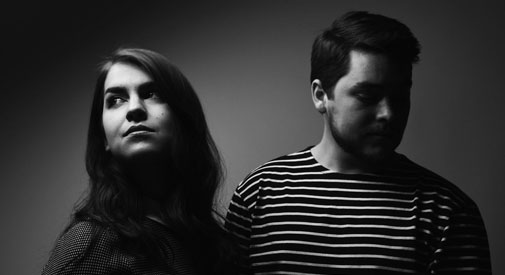 The week in music, from Matthew Frantz acoustic to Western Den’s progressive folk

21-plus show at 9 p.m. at The Cantab Lounge, 738 Massachusetts Ave., Central Square. Ticket prices have not been announced.

Matthew Frantz is a singer-songwriter from Chicago. His sound blends acoustic influences with an expanded instrumentation, including a string section. Frantz’s sound is similar to The Head and The Heart, The Avett Brothers, and Dawes. Frantz’s latest release, “And Then It Goes On” is available on Bandcamp for $7.

18-plus show at 7 p.m. at The Middle East Upstairs, 472 Massachusetts Ave., Central Square. Tickets are $10 in advance, and $12 at the door. The bill also includes Dreamtigers, Future Teens and Honeymooner.

Football, etc. is an alternative, indie rock band hailing from Houston, Texas. The group lists Sonic Youth, The Breeders and Pedro The Lion among its influences.

18-plus show at 9 p.m. at The Middle East Corner, 480 Massachusetts Ave., Central Square. Tickets are $5 in advance, and $8 at the door. Also on the bill are Slack Tide and Triton Taylor.

Newcomers Club are a self-described “harmony-focused folk rock group” from Brooklyn. A 2015 EP, “The Right Direction,” is available for $4 on Bandcamp.

Bad Bad Hats are a rock trio from Minneapolis. Led by Kerry Alexander’s singing and songwriting, the hard-rocking trio is reminiscent of The Greeting Committee, Day Wave and fellow Minnesota natives Hippo Campus.

Jaymes Young is a singer-songwriter from Seattle with a sound similar to that of Bastille, X Ambassadors, Young The Giant, Kodaline and George Ezra. Young’s debut album, “Feel Something,” is available on Spotify, iTunes and Google Play.

21-plus show at at 9 p.m. at The Lizard Lounge, 1667 Massachusetts Ave., between Harvard and Porter squares. Tickets are $12 in advance, and $15 at the door. The bill includes opener Honeysuckle.

The Western Den are a progressive folk band formed in 2013. The Boston band, listing Bon Iver, Fiona Apple and Sigur Ros among its primary influences, combines an ambient acoustic sound with melodic group vocals, creating a beautiful alternative folk sound. The EP “All The Birds” is available on Bandcamp for $4.