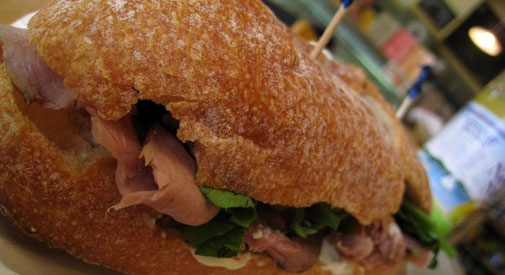 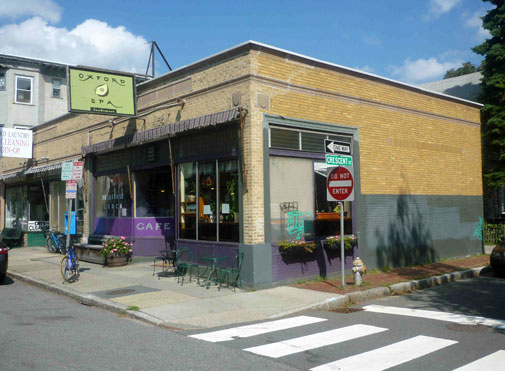 The Oxford Spa sandwich shop in the Agassiz neighborhood closed Saturday after many decades in business. (Photo: City of Cambridge)

Last month saw the closing of some prominent Cambridge restaurants – Wagamama in Harvard Square and the Blue Room and Belly Wine Bar in Kendall Square – and one longtime neighborhood spot: The Oxford Spa at 102 Oxford St., in the Agassiz neighborhood near Porter Square, serving sandwiches (and giving away accompanying bananas) since the 1940s.

But the Oxford Spa will not be closed for long, says the family that owns the property and once ran the eatery.

“We have someone interested that would like to revive the place, and fix it up, and we’re working with them,” said George George, son of the longtime owners, on Wednesday. “It’s not the end!” 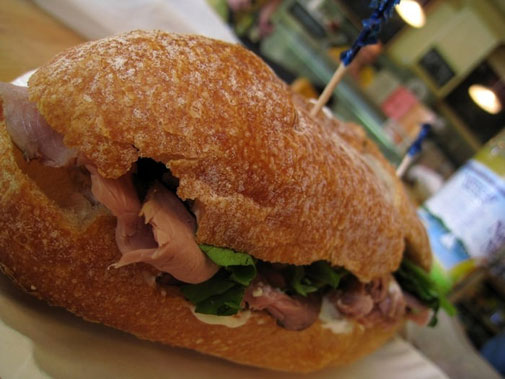 It’s been known as a good hangout with hearty, if somewhat pricey, sandwiches, some of which came with clever, college-themed names: The Thesis was fresh mozzarella, tomato and basil with cracked pepper and olive oil on baguette; the Dissertation was the Thesis with prosciutto. The Pearadise was blue cheese dressing, balsamic vinaigrette, fresh-sliced pears, bacon and dried figs on whole wheat.

When George was young, he recalled, he’d come in to a shop filled not just with neighbors and college students, but the occasional celebrity – Harvard’s Stephen Jay Gould, former Massachusetts Attorney General Scott Harshbarger and even actor Oliver Platt. The family sold decades ago to partners who maintained a thriving business for years, finally moving on in May 2008.

The Cho family, which has owned the Spa since, posted a sign announcing Saturday as the final day because the business lost its lease, but hasn’t been available for comment. The shop has been dark since.

Bill George, the former owner of the Oxford Spa and still the property owner, said this was not a case of dramatically hiked rents such as those roiling the Harvard Square marketplace. The rent had remained the same for years, George said.

“The rent was normal, but they couldn’t afford it,” Bill George said. The Chos lost many customers, George George added.

Seeing the business’ end in sight, the father reached out to an experienced Cambridge retail owner and found interest in reviving the 1,200-square-foot space across from a playground near the Maria L. Baldwin elementary school, George George said. (Its fellow George tenant, Oxford Laundry, has been open since the 1920s and was featured in the 1970 movie “Love Story.”) The Georges didn’t want to reveal more details, but said they were committed to reopening.

“It’s a humble thing, but it’d be real sad if the place dies, and we’re not going to let that happen,” George George said. “Cambridge can be fussy sometimes, but if they like something, they support it … we want to make it much nicer, and we hope the neighborhood will support it.” 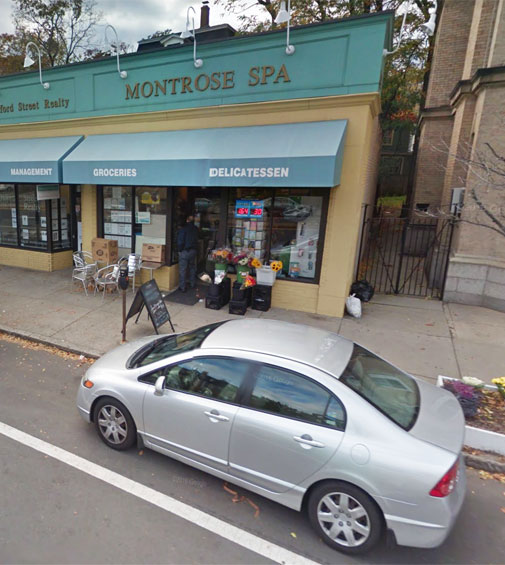 With the Walden Spa at 272 Walden St., North Cambridge, recently closed, the end of the Oxford Spa would have left only one business in Cambridge using the quaint Bay State term for convenience store or lunch counter: Montrose Spa at 1646 Massachusetts Ave., also between Harvard and Porter squares. (Why “spa”? Apparently because the bubbly soda water at the once-common soda fountains was similar to the mineral waters of actual spas – or because sodas, or tonics, were originally thought to be good for digestive problems.)

“I always wondered whether there was some puritan connection,” muses a 2014 essay on Newton’s Village 14 website. “In other parts of the country, people would treat themselves to a delicious and sweet soda at the soda fountain.  In Massachusetts we would go to the spa for a tonic – which sounds much more like an unpleasant medical necessity than a frivolous treat.”