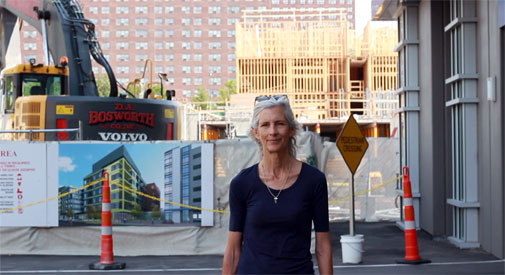 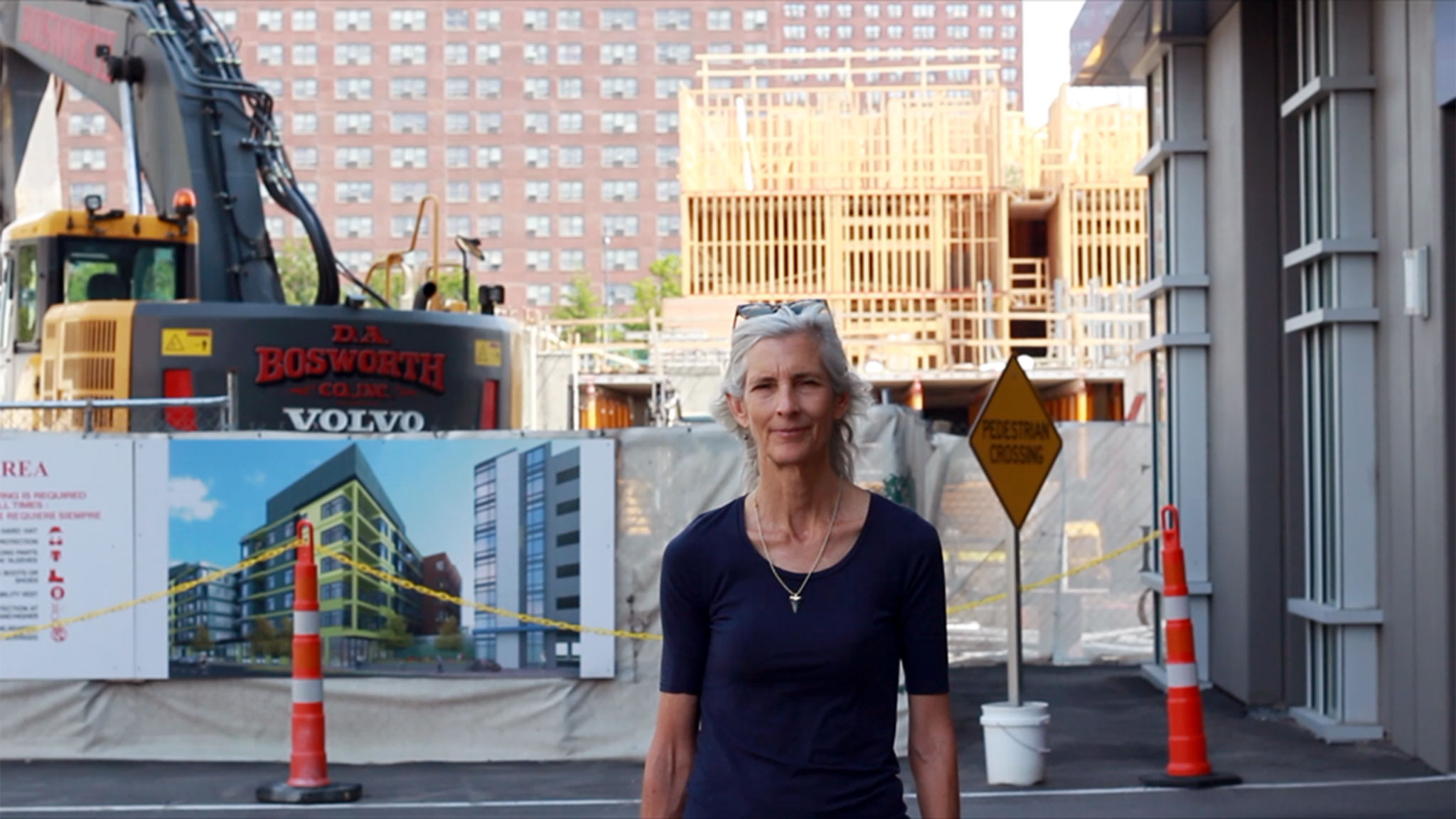 It’s election season (yes, already, so soon!) and the housing affordability crisis is again and rightfully at the top of the political agenda. In the interest of fostering open and productive civic discourse, I have one request of my fellow candidates and constituents:

Let’s resist the temptation to blame each other for a problem that has no simple solution. The crisis we face today is not merely a supply problem. Let’s eschew absolutist labels such as NIMBY and YIMBY that tend to drive us further apart. We need to come together with cool heads to find creative ways to address a problem that bedevils urban policy makers everywhere. Rather than sparring on social media, let’s acknowledge the formidable challenge presented in creating more below-market housing in a market economy. The challenge is especially daunting in an older city such as ours where land is scarce and access to public transit is uneven, and in an era when federal and state housing subsidies have shrunk and income inequality is rising for a host of reasons.

Before we spend the fall beating ourselves up over a market failure that stems from a complex interplay of forces largely beyond our direct local control, let’s first reflect on the incremental progress we have made during the current council term.

We raised the inclusionary requirement to 20 percent net from 11.5 percent, and required that a quarter of the affordable space be devoted to family-sized three-bedroom units.

We rezoned the Massachusetts Avenue corridor in Central Square to incentivize residential development and infill. We passed zoning that allows the creation of accessory dwelling units citywide.

We adopted short-term rental regulations that will prohibit investors and non-residents from converting our housing stock into virtual hotel rooms.

We invested Housing Trust funds in 98 affordable units on Concord Avenue and about 40 units on Massachusetts Avenue.

The Planning Board has just received the first special permit application for a housing development under the new 20 percent inclusionary requirement — 526 units behind the Fresh Pond Trader Joe’s, of which 111 will be affordable. Not to mention the thousands of units already permitted and in the construction pipeline (more than 1,000 units were permitted in 2015-16 alone). It’s not enough, but it’s not nothing, and suggestions that there is some moral imperative for Cambridge to grow even more rapidly, even exponentially, to satisfy an elastic regional demand seem misplaced for one of the 10 densest cities in the nation.

Supply-side and our sides

While I might not go so far as to say that our heavy reliance on inclusionary zoning to spin off affordable units from denser private development is “destroying” our city, I do agree that building much taller and denser “luxury” market-rate housing to generate more affordable units is apt to trigger more displacement and gentrification in the short term, given Cambridge’s unique conditions. Displacement has already eroded the racial and socioeconomic diversity of our city; is it equitable to build more densely for new residents if it means those already here will be priced out? Once global real estate investors begin to project lower rents from an oversupply, then won’t their capital flow like water toward higher returns elsewhere? The private housing market has failed us repeatedly with boom and bust cycles, and there’s no reason to think that couldn’t happen again. This is where the supply-side argument falls short. Even if we eliminated all local zoning restrictions, it would still take decades to build enough new housing to make Cambridge as affordable as, say, Atlanta. While today’s luxury housing may eventually “filter” down and become the next generation’s affordable units, that won’t happen for at least a few decades – and it won’t happen at all if we up-zone and incentivize future developers to demolish older housing stock and replace it with newer luxury units.

We Cantabrigians pride ourselves on being wicked smart, but it’s time to admit that there is no one “right” answer and to get to work balancing the tradeoffs of incremental growth. Some of the overheated rhetoric risks making it harder for us to work together as allies to address a problem of this scale. Yet some still insist the solution entails building massively in our “backyards,” a trigger if ever there was one. Anyone who has studied U.S. history or psychology should realize that telling someone that building in their backyard is the only way to solve someone else’s housing problem should realize this probably isn’t a winning strategy. As a metaphor it’s pretty tone deaf, and the associated dogmatism about such an emotionally loaded subject – how and where we and others can afford to set up house – isn’t helping us be able to hear each other and respond respectfully. Sound bites are the coin of the realm in today’s politics, but reducing the debate to warring acronyms does us no favors.

At the same time, it’s important to acknowledge some of the legitimate concerns (traffic, sunlight, open space) this debate has raised about why people object to even greater density and much taller buildings in Cambridge, a city whose ethos and very desirability rest in our commitment to diversity and progressive values, not simply in our proximity to Boston.

I’d like to propose we reframe the debate to understand how we can better support growth to make our city “better” by making it more livable, as well as more affordable to more people. We all want a city that more of the 99 percent can afford to live in, but don’t we also want that future city to be livable? We should be discussing how to improve affordability and livability while growing at a sustainable pace, rather than dividing into two camps that exaggerate our differences on a nuanced topic. The housing crisis presents an opportunity to create a better city and forge a stronger and more welcoming community, but only if we are willing to really listen to each other and work together.

Granted, affordability is easier to define with objective measures than livability is. Each of us knows what we can afford to pay for housing (and then, unfortunately, too many of us stretch to pay rents we can’t afford), but can’t we also agree on what features will make our city more livable as it grows? We shouldn’t have to settle for growth for the sake of growth. That is why I have advocated for comprehensive planning that engages all segments of the community, including our university partners and major employers, to identify and meet a broader range of our needs. Whether they’ve just arrived or lived here for decades, residents of all ages also deserve: a transportation system that works and provides more safe, affordable and convenient alternatives to driving; inviting and well-maintained public spaces for indoor and outdoor recreation and gatherings; affordable high-quality child care and preschool, after-school programs and job training; senior centers and social services for aging in place; and convenient access to affordable shopping, entertainment and culture.

The process of rezoning and redeveloping the 14-acre Volpe parcel in Kendall Square presents the opportunity for a more nuanced discussion about what the community needs and can support. I hope that since we will be holding hearings on Volpe zoning during this fall’s election season, everyone can be mindful of the complexity of the challenge we are facing together.

Here are a few ideas for how to make the Volpe zoning meet some of the community’s affordable housing needs:

Increase the inclusionary percentage at Volpe to at least 25 percent and make it subject to future increases, rather than locking it in for the duration of the planned unit development.

Earmark at least one-third of the incremental tax revenue for affordable housing. As federal land, the Volpe land has not been taxed; its development is a tax windfall.

Set higher linkage fees up front rather than waiting for the next nexus study.

Require that the developer, the Massachusetts Institute of Technology, commit to a firm schedule for building housing that is affordable for graduate students (at least 1,800 units) as well as housing for other academic affiliates (junior faculty and post-docs) as a contingency of rezoning the Volpe site.

As a councillor, I look forward to collaborating with my colleagues, MIT and the community on the Volpe zoning and other housing issues, and hope to have the opportunity to continue this work next term.

Jan Devereux is a city councillor and candidate for reelection in Nov. 7 voting. All candidates are invited to share their thoughts with readers and voters with essays posted on Cambridge Day.