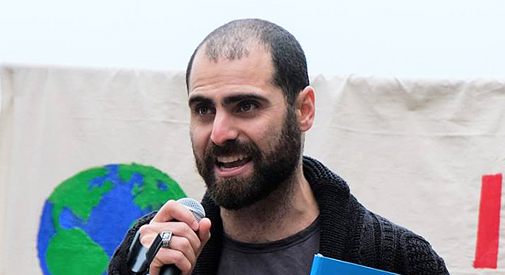 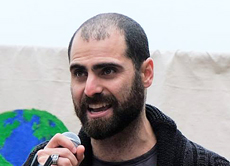 Nadeem Mazen, a two-term city councillor, plans to next run for a seat in the U.S. House of Representatives.

Rumors that city councillor Nadeem Mazen opted out of a reelection campaign to run against U.S. Rep. Mike Capuano have turned out wrong – as proven by an invitation posted Friday to attend his announcement to run for the seat of retiring U.S. Rep. Niki Tsongas.

Mazen intends to formally announce at 11:30 a.m. Oct. 1 at the Old Town House in Andover, his hometown. He signaled his intentions to run and represent the 3rd Congressional District with a statement Friday about how he’s been engaging with potential constituents in the region:

“I hear from residents who are renewing their participation in community building – across racial, socioeconomic and town lines. This is the mission I have dedicated my life to, through work in social entrepreneurship, education and government. I don’t plan on stopping anytime soon.”

He was first elected to Cambridge’s City Council in 2013 – the first Muslim elected to a government post in Massachusetts – with a vow to stay in office for only four to six years before returning fully to the private sector; by declining to run again in November, he will leave after his fourth year. Mazen took his council seat after getting only 984 first-place votes, which was ninth for a nine-seat body; running for reelection, he topped the ballot as that figure surged to 1,929 first-place votes. The next-closest candidate, longtime incumbent E. Denise Simmons, was more than 200 votes behind.

When announcing in May that he wouldn’t be on the ballot, Mazen said he would “consider a run for higher office in 2018 or 2020.” He pulled papers for a run in 2018 that included an Andover address.

Cue media reports that he was targeting Capuano’s seat – but with Tsongas announcing retirement in August, that’s not the way things went.

“I sat with Congressman Capuano to address difficulties the Democratic Party is facing,” Mazen said. “We agreed that we would be stronger working on the same side.”

Mazen is facing a potential four Democratic candidates for a primary, and then possibly two Republican candidates.