Potentially ruinous for Family Opera, school use policy is modified for now 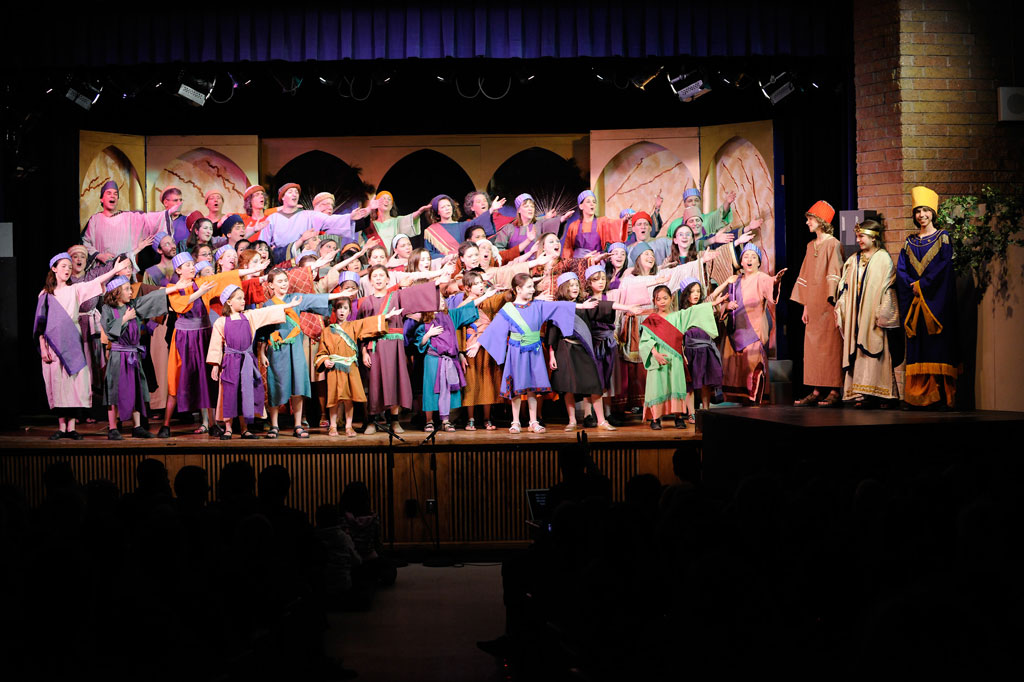 Potentially ruinous for Family Opera, school use policy is modified for now

Fee for using school property raises questions: Who owes who?
By Jean Cummings

A North Cambridge Family Opera production is staged in the group’s longtime home for spring musicals, the auditorium of North Cambridge’s Peabody School.

Members of the North Cambridge Family Opera appealed a seemingly mundane policy change on facility use Tuesday before the School Committee that, they said, could threaten the opera’s financial health.

Two revisions to community use-of-facilities policies sought to “codify” a hodgepodge of rules and fees that have evolved over many years, said Chief Operating Officer Jim Maloney at the meeting. Included was a new equipment charge that would add $3,000 to $4,000 to the musical organization’s annual $10,000 expenditures for spring productions in the Peabody School, founder David Bass said.

In response, the committee approved a revision put forth by vice chairman Fred Fantini to apply those charges only to the newly renovated school buildings, which doesn’t include the Peabody auditorium. The charges are intended to protect expensive lighting, sound and other equipment in the new buildings, said member Manikka Bowman, who moved the process forward as chairwoman of a buildings and grounds subcommittee. The revised charges were part of an overall attempt to increase transparency, fairness and predictability for outside organizations, she said.

Bowman agreed with Fantini’s amendment to apply the increases to new buildings only, saying it could be a “test” for the next couple of years to see if “this is the best way forward.”

Opera members in the audience were relieved that, at least for the next few years, there would be no extra charges.

When school is out – in the evenings, weekends and summer – the buildings are only occasionally empty. Community partners run after-school and summer programs, adults have basketball tournaments, outside arts organizations put on shows and even churches rent space.

Who uses the spaces and how much, if anything, is paid has been the subject of a yearlong restructuring. Until now, policies and rates varied widely and were often “recorded” on scraps of paper or in one person’s memory, Chief Finance Officer Claire Spinner has said at an earlier meeting.

Comments by the public and committee members raised issues about the complex role of outside organizations.

“I’m here to emphatically say that you should not only be reducing the barriers,” Opera board member Alec McKinney said, “but actually promoting them. You probably should be paying them to do what they do” in supporting the school district’s work.

McKinney’s entire family has been involved in the Opera and other arts organizations for years. “I’m a white, nonimmigrant, relatively affluent, privileged male,” he said, “but those are not the only groups that those organizations support.” For a lot of students, he said, “a lot of the success that our youth achieve in school is because of the extracurriculars that they do. It requires a collaborative, multi-sector response.”

McKinney and Bass also praised Beyond the 4th Wall, another long-running local nonprofit arts organization – this one run by Lace Campbell, like Bass a parent to Cambridge Public Schools alumnae. BT4W runs in-school and after-school programs. Both groups give roles to everyone who shows up, and both accept very young children. The Opera’s origins lay in the desire of Bass, who takes no salary, to create a supportive environment where even children with autism can be part of a real production; Campbell’s mission is to make music and theater a part of every child’s life, no matter their family background. 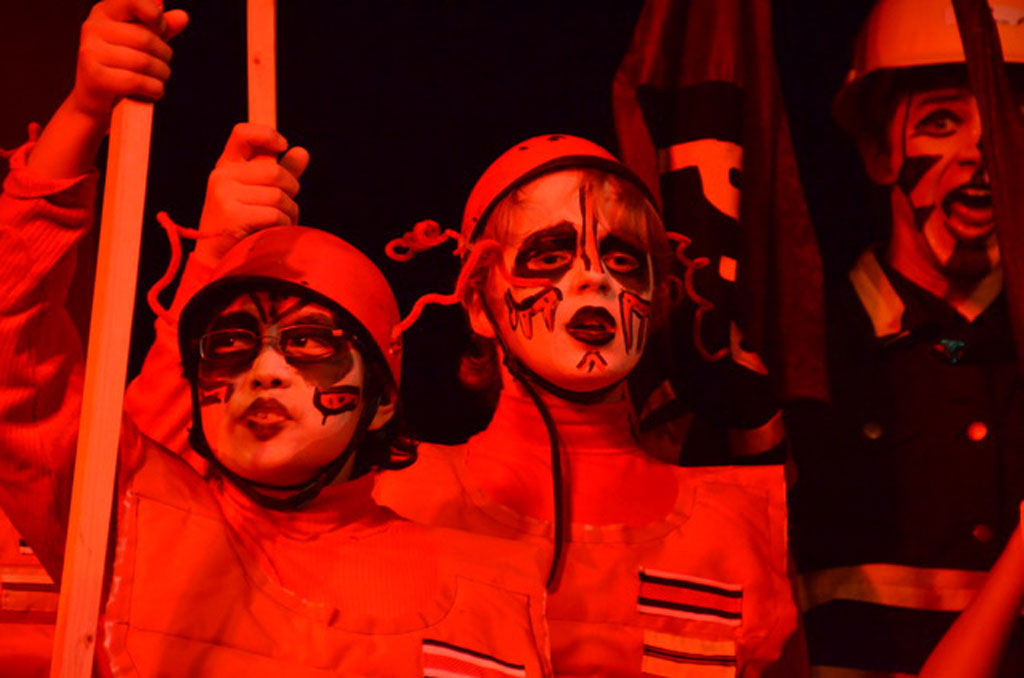 Cambridge Rindge & Latin School senior Cooper Kelley made a direct tie to his early start in the Opera at age 7 to his involvement in high school theater. “I got my start performing in NCFO in 2007 with my mom and my brother,” he said. “NCFO gives responsibility to kids,” he said, reminiscing about his first solo. “It was really important because it meant that [NCFO] put its trust on me. That really allowed me to become a performer, and it’s become a big part of my life at CRLS.”

Others spoke movingly about the “special” contributions of the Opera to their families.

Andrea Gaudette, a composer, music teacher and district parent, talked of her work two years ago with Haggerty School third-graders who researched, wrote and performed a song about Galileo through the Opera Science Festival Chorus, also run by the organization, as well as of a participating student last year who was picked up and returned home to his Dorchester shelter by group members as needed. “On a more personal note, she added, “the Opera gave my daughter, who has autism, a community of love and inclusion when traditional enrichment opportunities were completely out of reach for her. It nurtured my child’s gifts and welcomed her as cherished individual.”

“Being a special-needs parent,” said another group board member and district parent, Chris Edel, “is a very isolating thing. Not only did my child learn a lot about responsibility, presence on stage and very good social skills in a very supportive environment, it also helped heal my family,” he said, noting that it “was hard to get the support we needed at the schools.” The Opera offered his son a rare place to socialize. “When you have a special-needs child,” he said, “other parents don’t want their children to play with your child, so you have to find very special places.”

Should they be charged?

Several committee members touched on the symbiotic relationship between the outside organizations and the mission of the school district, some seeming to resonate with McKinney’s question: Should the district be charging those groups, or paying them?

In the long email Bass sent to the School Committee responding to the change in charges, he reportedly pointed out that while the Opera does use some Peabody School equipment, the school also uses Opera property, including equipment and set pieces – which he backed up with letters from Peabody teachers.

Member Patty Nolan pointed out the newly clarified categories of outside users put several athletic organizations in the no-charge category, but no arts organizations, and wondered aloud if that should change.

Member Emily Dexter put it more directly: “This opens up a bigger question about what is our relationship to taxpayers who are also running community organizations that support our students. NCFO gets money from the Cambridge Community Foundation. Then NCFO pays us a fee, and then they serve our kids. It’s all our money. We should be looking at in-kind relationships that we have with our longer-term partners, and where we actually should be paying them. We already pay BT4W. There’s really no difference. How can we stop spending money to just move money around?”

The amended motion, removing the equipment fees that would fall on organizations such as the Opera using older buildings, passed unanimously. “I chose to take a roll call vote,” Mayor E. Denise Simmons told the crowd in the audience, “because I wanted to send a strong message to the North Cambridge Family Opera that we are fully behind you.”

Author disclaimer: “My family has been involved in both NCFO and BT4W, including third-grade Abby as a dancing Linus blanket with BT4W; all of us as ants and Space Opera Stormtroopers; and me as Jabba the Hutt.”