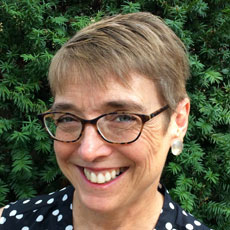 A School Committee member since 2016, Emily Dexter is an education professional with 25 years of experience in education and educational research, program evaluation and data analysis. Her two daughters went through the Cambridge public schools, and Dexter was an involved parent during those 17 years. She grew up outside Washington, D.C., in a family of civil servants teachers, librarians and secretaries, and has lived in Cambridge since 1990. She has served on the Citywide School Advisory Group, the high school council and its accreditation committee and the citywide Science, Technology, Engineering, Arts and Math Working Group, among others.

Dexter has an undergraduate degree in linguistics and a doctorate of education from the Harvard Education School, specializing in literacy, cross-cultural child and youth development and statistics, and has taught in a variety of settings, including five years as a language specialist at an “out-of-district” special education school for Deaf students in Framingham, and as a literacy research specialist for 15 years at Harvard and Lesley universities. She has testified dozens of times before the committee; and has done independent research on Cambridge schools, including co-writing the report “Unequal Schools: Comparing Two Local Schools in Cambridge’s Poorest Neighborhoods 2013-2014 School Year.”

Giving teachers and principals the autonomy and resources they need to individualize and personalize their teaching while also creating “communities of learners” in schools and classrooms. Districtwide, this means more collaboration time for teachers and access to coaching and feedback, and in some schools reducing adult-student ratios to help teachers truly meet the needs of all students in their classrooms, whether those needs are for more remediation, more enrichment or more advanced learning opportunities.

Ensuring that the elementary school curricula and student assessments are developmentally appropriate in junior kindergarten through fifth grade. There is concern among some parents and teachers that there is too much emphasis on teaching formal academic skills in the earliest grades, and not enough emphasis on the hands-on, open-ended exploration and “language rich” environments that children need to develop complex language, literacy, cognitive, and social skills.

Working with the Cambridge Department of Human Services to create a comprehensive system of Early Childhood Education that provides all Cambridge 3- and 4-year-olds with access to affordable, high quality pre-kindergarten education. In addition, the current junior kindergarten program that serves only 4-year-olds born between September and March is egregiously unfair to taxpayers in that it provides an extra year of public education to some children but not others, based on an arbitrary birth date cutoff.

Continuing to improve the sixth- to 12th-grade pathway so it engages and prepares all students, including those disengaged from school. This means continuing to make the upper school and high school programs more student- and civic-centered, so they can better prepare all students to be independent, positively engaged young adults as soon as they graduate from high school. Among other things, the high school needs a system whereby all students, not just some, participate in well-designed internships and apprenticeships that help them explore career and personal interests.

Creating a comprehensive and efficient data system and a sophisticated program of research so the administration, educators, the School Committee and the public can get detailed information about student experiences, opportunities and outcomes. In particular, we need to start collecting more data on long-term outcomes for our students, such as whether those who start college actually graduate within six years, and whether our students find remunerative work after high school or college.

Other issues for Dexter include addressing the opportunity gaps, increasing diversity among staff, improving social-emotional supports, and improving the understanding of Cambridge residents about school issues and strengths.

Dexter’s statement to the Cambridge Education Association is here.

First-term Dexter had a somewhat rocky introduction to the School Committee. A longtime active observer, commentator and researcher on Cambridge school issues, she has said, “It’s surprisingly different when you are on the other side of the table.” Only some of the adjustment difficulties were on her – while she, like all new members, had a learning curve on meeting procedures and protocols, the welcome extended to her by most of her colleagues was anything but warm. Even vice-chairman Fred Fantini gave a mea culpa at a recent candidate forum that he had failed to take new members “under his wing” this term. In the years before the election, member Richard Harding had already made a point of leaving the room whenever Dexter made a public comment – comments that were typically about challenging the status quo and looking more realistically at where achievement gaps were developing and what resources it would take to address them. While Dexter may have looked like a maverick insisting on acting on her own, the reason is that her initial attempts to work collegially were rejected or undermined by her colleagues, except for Patty Nolan. Dexter’s skills, passion and commitment to focusing on closing the achievement gap, coupled with her own improved approach, a chastened Fantini and a change in mayor – current Mayor E. Denise Simmons helped set a combative and condescending tone – make Dexter a candidate who deserves to be reelected and someone from whom we can expect to see good work next term.