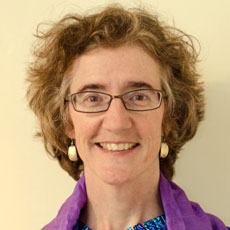 A School Committee member since 2006, Patty Nolan has lived in Cambridge since 1991 and raised two children, both educated in the Cambridge public schools. The youngest graduated last year, so she’s still well-informed about district issues from a personal level.

She has served on the board of Cambridge School Volunteers for seven years and as president and treasurer of Children’s Village, a child care center her children attended (followed by involvement at her kids’ public schools). She also served as director of Cambridge United for Education, an independent organization aimed at promoting excellence in the city’s public schools. Among her other work, she led a group trying to open an International Baccalaureate Charter High School in Cambridge. Although it wasn’t chosen by the state, “it got me very involved in thinking about how to better use our tremendous resources as a district,” she said – leading to her first run for School Committee in 2005.

At Harvard University and Yale School of Management, Nolan got “great training in business and strategic thinking.” She worked for several years for the consulting firm McKinsey until, as she said, her school loans were paid off. She then went into the nonprofit and socially responsible business sector, as well as running a couple of small businesses.

“My background in management, strategic thinking and analytical approach to solve problems is what I believed would be a terrific addition to the Cambridge School Committee,” she writes. “I have been a consistent force for positive change, and my management background has made a positive difference. My first terms proved that I can get stuff done. I now have a solid record of accomplishments,” she writes, including working to raise the academic bar, focus on improving math education, environmental stewardship, consistent focus on accountability, and improving budget transparency.

Good governance. In this time of a new superintendent, I bring a solid grounding in good governance, a willingness to support the cultural changes necessary for our district to excel (joyful learning and higher expectations and teacher voice) along with a passion and drive to push for greater urgency in meeting our goals. That includes monitoring progress on all initiatives.

Supporting bilingual immersion programs and others that demonstrate achievement gains for students.

Planning thoughtfully for enrollment growth and parental choice of schools.

Addressing in a comprehensive way the social-emotional needs of students. If we consciously focus on ensuring that teachers are given the support they need to build relationships with students and have the resources to create a safe classroom environment, many of the “behavior” problem we see would disappear. Over-testing and an overemphasis on standardized testing is harming the social-emotional needs of our students, making in harder for them to learn.

Other issues Nolan highlights are improving the kindergarten lottery and choice system, family engagement, increasing all student enrollment and engagement in honors classes; pushing leadership to the school level; and creating a district “holistic assessment system.”

Nolan’s statement to the Cambridge Education Association is here.

Nolan continues to make important contributions to the committee through her understanding of data and ability to look behind assumptions, willingness to ask direct and sometimes uncomfortable questions, and commitment to vote her convictions. Nolan does not forget to follow up on unanswered questions and tries to drive home the need to do a quality evaluation of new programs and efforts. Nolan’s reputation among colleagues for sometimes irritating them with unremitting requests for data and follow-up has abated, in part because she has been overshadowed in that role by new member Emily Dexter, and in part because she learned over time to work more collegially while convincing others of her merits. She also, happily, now has a superintendent who understands the importance of program evaluation so that now there’s hope for an active partnership. Nolan stayed above the fray this term and was collegial to all while still keeping her eyes on the issues; she also dedicated many, many hours to her subcommittee on negotiating staff contracts, while also having a respectable number of meetings of her community relations subcommittee addressing issues in a timely fashion. At this point, Nolan has also earned a role as an important contributor of institutional memory – giving her yet another reason to be reelected this year.