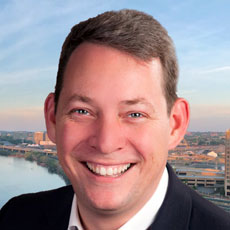 Burgin grew up in Florida, where his family runs an agricultural business. He became interested in politics as a teen and later worked in the Florida state legislature and county commissioner’s office in Hillsborough County, Fla. While attending college in his mid-thirties, he was active in student government, successfully lobbying the local city council to add crosswalks on roads that went by campus. He has bachelors degrees. in supervision and management from Polk State College and moved to Cambridge as a candidate at the Harvard Kennedy school’s Masters in Public Administration.

Burgin calls himself a “tri-sector professional” with more than two decades of experience in small business, state and local government, and international development – as well as “a broad range of expertise from front-line customer service and sales to setting policy for a public transit agency to negotiating with the presidential administration of Kazakhstan.” (He served as county director for a USAID-funded democracy project in Kazakhstan and participated in trainings there, monitored elections in Ukraine, selected a new security leader at the Warsaw Security Forum and taught English in Russia.) He is a real estate consultant at ePlace Real Estate. He and his wife, Jamie, have two children.

Demanding Harvard and MIT do more to contribute to the Cambridge city budget and offer relief for housing affordability and other needed community services.

Ending the Comcast monopoly on television and internet services. Our Internet is slow and expensive, and it’s embarrassing for a globally significant research center such as Cambridge for its residents to be shackled to a single provider.

Establish a helpline/one-stop office to help residents, small business owners and property owners navigate the city. Cambridge has multiple buildings and offices, and navigating city services can be difficult for lifetime residents, not to mention someone who has just moved here or for whom English is not their first language.

Burgin has some interesting experience and proposals, but has been absent during the campaign and unfocused on the details. Voters who wanted to know more about Burgin’s ideas would find themselves stymied if they attended candidate forums he didn’t attend, or even if they went to his website and clicked on the “25 Community Ideas” tab, which displays an image of a “blueprint for Cambridge” yet no text, or link to text. Even the issues he highlights on the site – Vision Zero street safety, affordable housing and economic development – warrant nothing more than a sentence. Voters may be uninspired to back a candidate who doesn’t bother to show up, in one or more ways, and that’s a sensible response.

Note: Burgin’s “blueprint for Cambridge” was posted on the Monday before Election Day and can be seen here.