‘God’s Own Country’: In wilds of Yorkshire, pair of young men do what’s in their nature 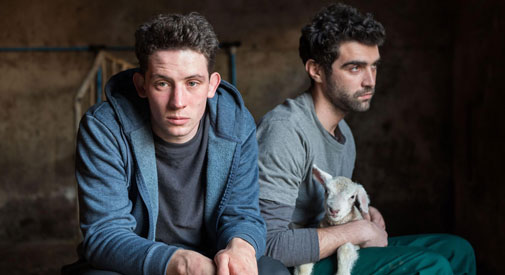 ‘God’s Own Country’: In wilds of Yorkshire, pair of young men do what’s in their nature

“God’s Own Country,” in its silence, empathy for characters and admiration for nature, is engulfing. It’s unexpected in its charm, and deliberate in the way it ultimately captures your heart with characters and locations that feel just tangible enough without stripping them of that movie-magic sheen. Director Francis Lee has created one of the finest films of 2017. 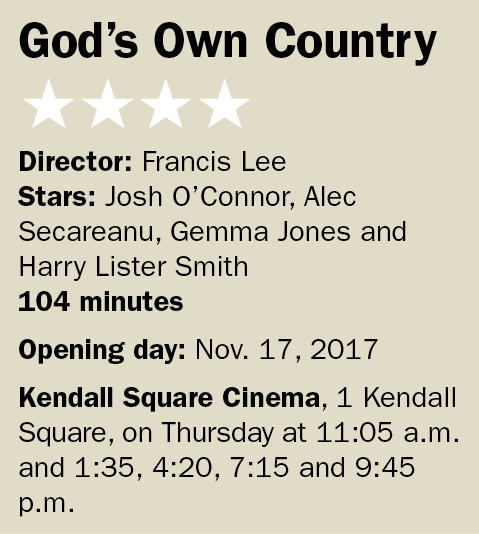 Much more a coming of age story than one of coming out, the film is remarkably constructed. Displaying a poignant and touching relationship as its heart, Lee and company have managed to twist a genre into something new while keeping the beats that make the romantic and coming of age genres so consistently engaging.

Johnny (Josh O’Connor) is a young farmhand who has had to take on more work after his father took ill. Isolated from many in his peer group, overworked and aimless, he spends most of his time getting blackout drunk at local pubs before stumbling home just to pass out and wake up to the same monotony the next day. Then enters Gheorghe (Alec Secareanu), a Romanian immigrant, who is hired on as help. The story follows their relationship as it evolves from antagonistic to contemptuous to romantic amid the day-to-day battles of working with animals as their industry, and the health of Johnny’s father, declines.

For a film that relies so heavily on open spaces and a chilly atmosphere, it’s warm in its extended embrace of the audience, letting it see the same world and breathe the brisk, harsh air. From the dewy grass Johnny and Gheorghe lay in and fog they wade through wearily to the embers of fire crackling at their fingertips and power and desperation that goes hand in hand when bringing life into the world, Lee’s story is disarmingly visceral.

It’s also, for all of the focus on unseemly bodily fluids – human and animal alike – one that basks in natural beauty. A film that relies so heavily on the contextual “one with nature” thematic values needs belief the characters would be so caught up in life on the farm. Lee and cinematographer Joshua James Richards, who shot primarily on location in Yorkshire, excel at showing the awe that comes with seeing life inhabit the real and tangible world. That includes the way they capture the expansive greens of the fields and how Gheorghe tenders to a newborn lamb – the runt of the litter – and their first foray into a sexual relationship, shot with as much focus on the muddy earth as on the exposed flesh. The focus, beyond the burgeoning relationship, is the way life surrounds them, and how they are folded neatly into it.

This is aided tremendously by the leading performances. Taking what could’ve been a reductive role and one we’ve seen before, Secareanu instead gives Gheorghe nuances that might not have existed on the page. He’s sweet and soft-spoken, but fearless in his wishes and needs, has an unspoken charm and is so electric that we understand immediately how Johnny fell for him. O’Connor has the other tricky role: playing the semi-closeted young man who’s grown up in a traditional world. We had to be able to reconcile the Johnny we met at the start with the one we see at the end, and O’Connor is always doing so much just behind his eyes – from his mounting panic regarding intimacy to his silent resolve to do better – that we’re always invested in his plight and wishing for his happiness.

With a deft script that builds such a world around its characters that its silence goes unnoticed, “God’s Own Country” is such a success because there’s a deep appreciation for what the characters are creating. They care, so we do too. Johnny and Gheorghe are worth rooting for, and their want for happiness and companionship is infectious – so much so that by the time the film has ended, despite its emotional tribulations, you’ll be wearing a grin from ear to ear.