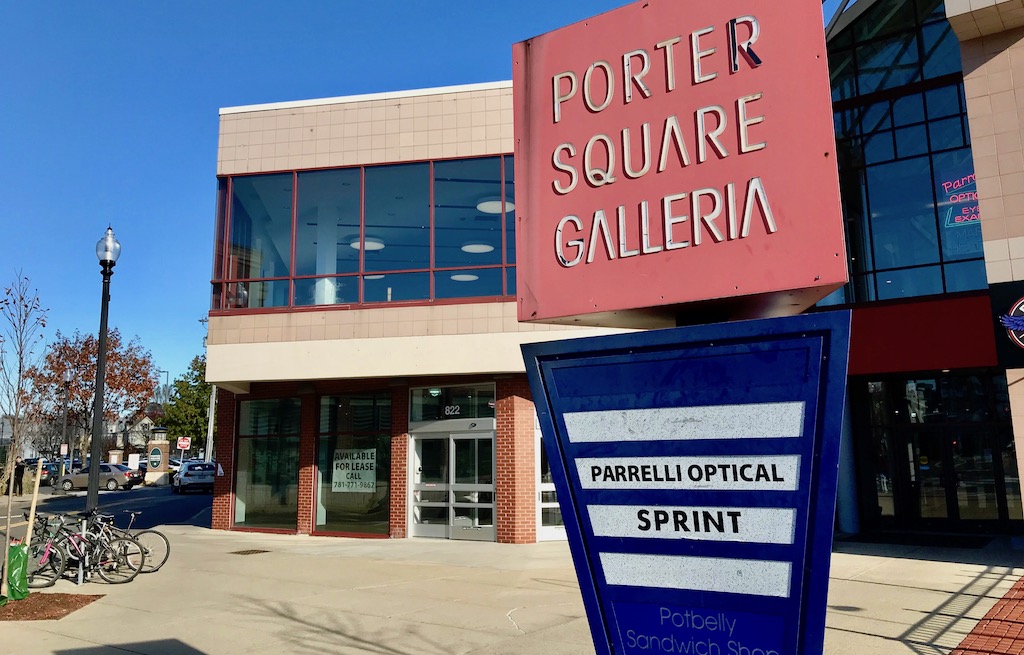 The Porter Square Galleria will host a Target after more than two a half years without a tenant in a prominent two-story space. (Photo: Marc Levy)

Less than year after opening a store in Central Square, the retailer Target has signed a 10-year lease for an even larger space in Porter Square. A Medford location is coming next year.

Minneapolis-based Target will take over 28,893 square feet over two stories – around 7,900 square feet bigger than the two-level Target that opened in Central Square in early March – at the Porter Square Galleria across from the red line T stop and commuter rail in Porter Square, according to a lease filed Oct. 11 with the Middlesex Registry of Deeds. 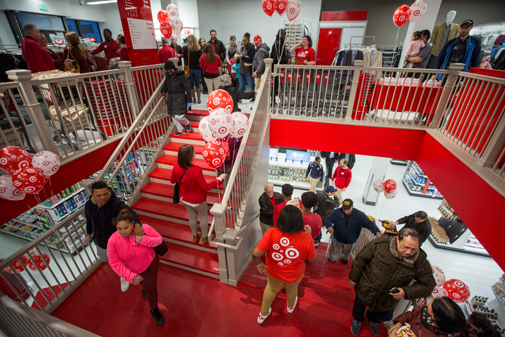 The space has been empty for more than two and a half years, after a Walgreens opened there in August 2013 and closed July 30, 2015 – a short run after completely refurbishing the space, including adding an escalator to merge the formerly separate spaces used by Pier 1 Imports and Blockbuster Video.

During that time, KS Partners sold the 54,265-square-foot Galleria, built in 1989, to CBRE Global Investors for $35.5 million. The global real estate investment firm based in New York took over the mall in February 2014.

Its lease with Target – which can be extended for six additional terms of five years each – includes provisions barring competitive uses from the rest of the mall, including pharmacy-style retailers, grocers, “any fulfillment or order facilities (including lockers, lockboxes, kiosks or other systems)” and beauty specialty stores such as Ulta or Sephora.

Target declined to immediately answer questions about features of the store and details in the lease. Erin Conroy, a company spokeswoman, said simply, “Target loves serving guests at our stores in the Boston area and we’re always looking for new opportunities to do so.”

A small-format store for Roslindale Village is coming in March; another will open in Medford in July, she said.

While the Walgreens closing was part of a corporate sweep of about 200 stores, it couldn’t have helped that the Porter Square location was literally across the street from 24-hour pharmacy and grocery store locations that duplicated much of it had to offer. Walgreens referred to the stores it closed as “underperforming.”

Michael Brandon, clerk of the North Cambridge Stabilization Committee, said the group’s concerns included a duplication of services, as well as the loss of Pier 1 and “potential negative competitive impacts on [the now closed] Gourmet Express and other nearby small businesses.” Target likely brings back some of the products lost when Pier 1 Imports left, but also more competition to the locally owned Tags Ace Hardware, which is across the street.

“My main involvement on behalf the NCSC was convincing the [Board of Zoning Appeal] to deny the variance Walgreens sought in order to install an internally illuminated sign at the roofline. Time will tell if we need to take aim at the Target,” Brandon said.