‘A Woman, a Part’: Aging out of Hollywood, trying on something even older back East 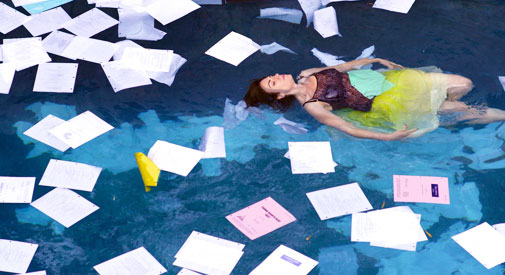 ‘A Woman, a Part’: Aging out of Hollywood, trying on something even older back East

Elisabeth Subrin’s “A Woman, a Part” casts a critical eye at Hollywood by examining what it means to age in the public eye and what you do when your passion dims. Anna (Maggie Siff), a 44-year-old who’s been acting for as long as she can remember, has reached a critical breaking point in her career. Playing a long-lasting character on a popular television series, she’s found her role growing increasingly dull as ageism and sexism become more prominent in her character’s depiction. In a fit of frustration she leaves L.A. and returns to New York City, where she started, and reunites with friends Isaac (John Ortiz) and Kate (Cara Seymour). 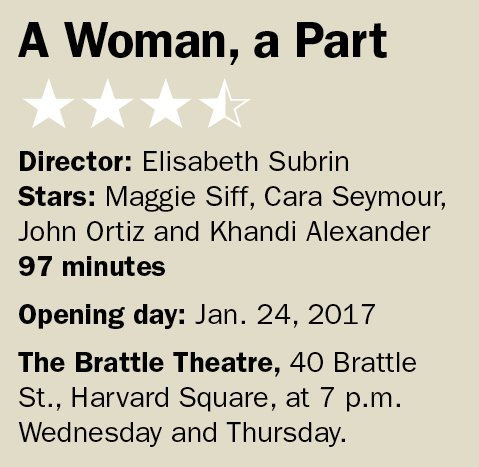 The reunions are bittersweet, though; Kate is grappling with recovery from her alcoholism, and Isaac is trying to balance his creative spirit with the lack of thrills in his day-to-day life. Anna’s arrival proves to be a scapegoat for both. Isaac puts her on a pedestal, while Kate diminishes what she’s accomplished. They’re both still dealing with the fallout of her leaving and the hole it left, and both carry what ifs: Isaac in terms of a relationship with Anna, Kate in what would have happened if she had taken Anna’s place.

The performances are all wonderfully lived in, with Siff, Ortiz and Seymour portraying a real sense of shared history – so involved with one another for a significant part of their life that anything other than intimacy, friendly or furious, is foreign. Seymour walks away with some of the greatest character beats as a woman grappling with demons, forcibly removing herself from what she loves so she can heal. But not one of them is happy, as demonstrated by both the dialogue and performances, as well as the ways in which they’re shot. Anna is the most obvious as we take in the empty spaces surrounding her in L.A., New York, in her own house or on the streets. Take her apartment, with its white walls, empty rooms and lack of signs of life, compared with Kate’s, which is stacked to the brims with books and mementos documenting life. It’s the dynamics between these characters and their feelings of discontent that elevates “A Woman, a Part” from an intelligent character study to a film that unveils emotional introspection at every given turn, making for something evocative and timely.

Of the many themes the script plays with, ageism and sexism (and how they intersect) are the strongest. Anna is finding it hard to move forward with substantial work, while Kate is unable to find work that makes her as happy as performing did. The script doesn’t tread lightly on its message of how difficult it is to be an actress, especially one older than 40, in Hollywood.

Beyond the wonderful performances and critical take on the film industry (needed more than ever), Subrin’s direction is gorgeously rendered, especially moments with Anna alone as she loses herself in her imagination – daydreaming she’s lying face-down in a crowded street as people go about their day, or in the middle of her kitchen floor, desperately avoiding commitments or anything that could cause more stress. It captures perfectly the isolation she’s feeling in her professional and personal life.

It’s the delicate and biting moments between Anna and Kate that so tenderly demonstrate the female experience. Female friendship in film is so little explored, and Kate and Anna are both toxic in their dynamic while also understanding one another the best, even after years of separation. In their shared gazes, shifting smiles and conversations that can turn ugly in the blink of an eye, Subrin captures it all with grace and delicacy, refusing to paint either as victim or antagonist, instead portraying both as flawed humans doing the best they can to get by.

“A Woman, a Part” is a strong showcase for all involved, Subrin in particular. Her innovative and artful direction inspires a sense of wonder, prompting the audience to want to learn more about Isaac, Kate and Anna. “A Woman, a Part” is excellent storytelling from start to finish and Subrin establishes herself as a talent to watch out for.