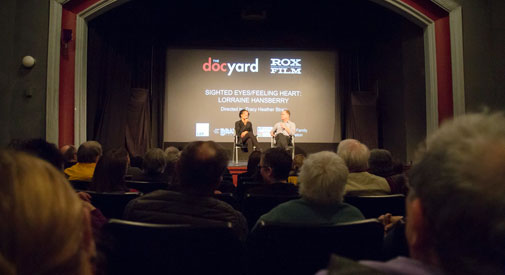 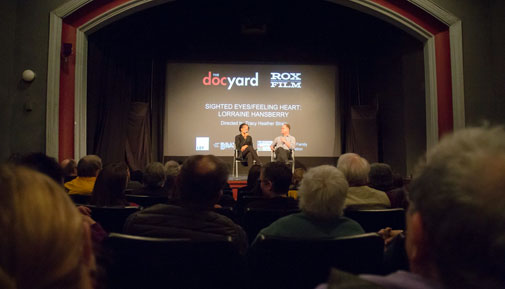 DocYard events take place at The Brattle Theatre in Harvard Square on alternate Mondays between January and April.

For seven years, a group of non-narrative film fans and filmmakers have been bringing documentary films and filmmakers to The Brattle Theatre as part of the DocYard series, running every other Monday from January through April. On Monday, the series notches its 148th screening with the Moroccan-set “House in the Fields.” Directed by Tala Hadid, the film follows the lives of villagers in the High Atlas Mountains, focusing on teenage sisters – one who must quit school to get married, the other dreaming of being a lawyer.

After the screening, Hadid will be on hand as part of a panel to discuss the film, documentary filmmaking and the Watertown-based distributor of “House in the Fields,” Documentary Educational Resources, which is celebrating its 50th year.

DocYard founders Sara Archambault, Sean Flynn and Ben Fowlie have seen the series grow from  an almost whimsical start; similarly, casual dialogues among filmmakers and viewers over beers after DocYard events sometimes morph into collaborations, Archambault said. (All three are involved in filmmaking: Archambault works at the private LEF Foundation based in Cambridge and California, which helps seed documentary filmmaking; Fowlie founded the Camden International Film Festival; and Flynn is a documentary producer, cinematographer and programmer.)

The DocYard has hosted several Academy Award-nominated filmmakers, most notably Ezra Edelman, who won last year for “O.J.: Made in America.” In 2011, the DocYard was awarded a special commendation by the Boston Society of Film Critics for “presenting a vibrant forum for the Boston documentary community to see important new non-fiction works and to have meaningful discussions with the filmmakers.”