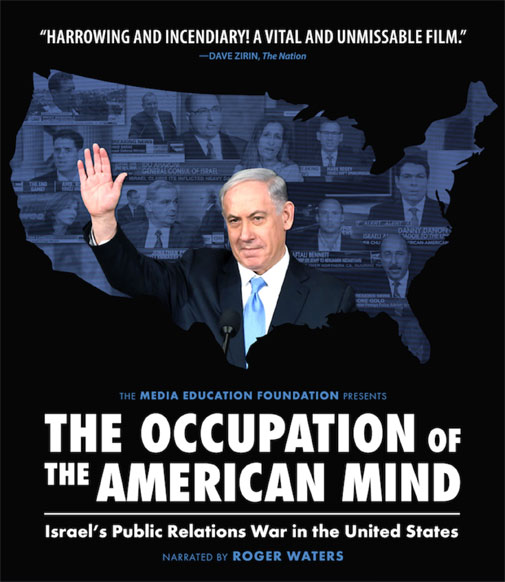 A free showing of “The Occupation of the American Mind: Israel’s Public Relations War in the United States” is scheduled for 6 to 8:30 p.m. March 26 at the Cambridge Main Library, 449 Broadway, Mid-Cambridge.

After the film, a Q&A is planned, moderated by Cathy Hoffman, the former executive director of the Cambridge Peace Commission, with professors Anat Biletzki and Amahl Bishara.

The screening is co-sponsored by the American Friends Service Committee, Boston Coalition for Palestinian Rights, the Cambridge Bethlehem People to People Project, First Parish Cambridge, the Middle East Education Group, Jewish Voice for Peace, Jewish Women for Justice In Israel/Palestine, Massachusetts Peace Action, the Alliance for Water Justice In Palestine and UUs for Justice in the Mideast.