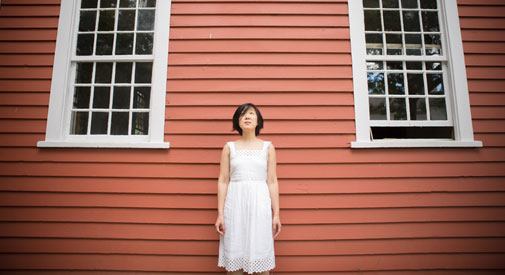 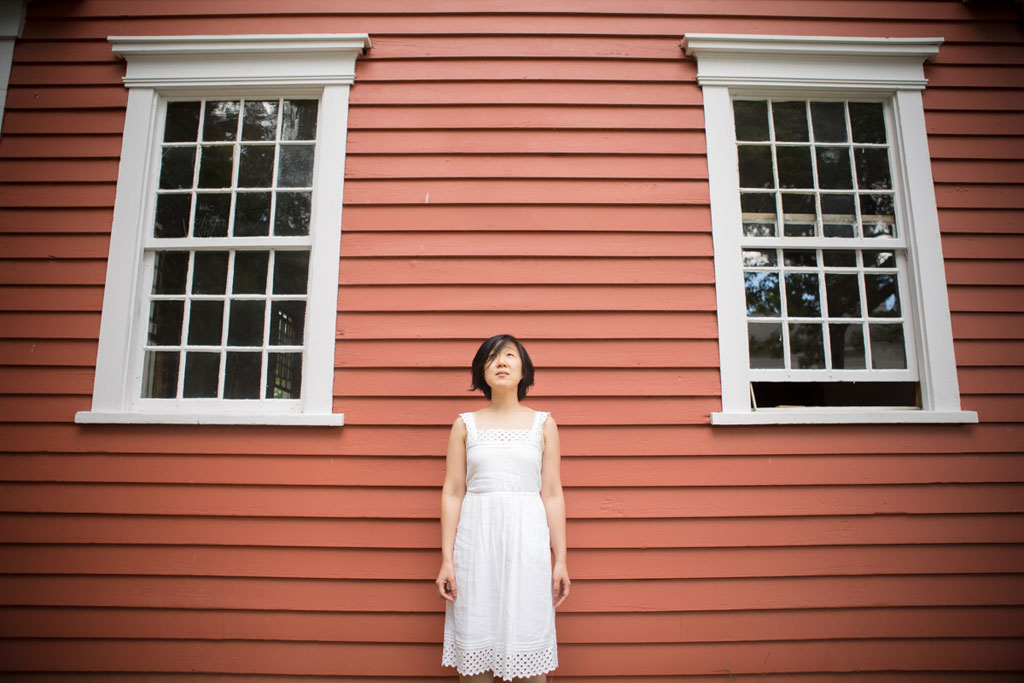 The “Ghost Town” EP released in mid-March and six-show mini tour that begins today in New York have been a long time coming for Jane Park, the singer-songwriter who plays as Poor Eliza.

The five tracks on “Ghost Town” are from the years Park performed as Bitch Trifecta, and the tour was a promise – or threat – she made to herself over the decade she’s been part of the Cambridge indie folk rock scene.

“I’ve been waiting to tour for a few years. I waited too long. I gave myself a time limit – I wanted to know what it’s like to go on tour before I turn 40,” said Park, who’s 36, but began planning the tour a year ago. She got serious: Hired a booking manager for a seven-day tour of New England in February, this six-day tour of New York, Pennsylvania and Washington, D.C., and, in June, a solid three weeks on the road alone with her 2000 Honda Civic. “A lot of my peers are in their 20s and they just jump in a car and they’ll drive 13 hours to Ohio. I don’t think I can do that.”

Then the seriousness of the plan hit her. “Right after I got a booking manager, I was like, ‘Oh, I need a therapist now,’” Park said. “Traveling makes me anxious, but I’m excited too. I do love performing, and I do love meeting people and hearing the other musicians on the bill. If there’s a bill.”

The therapist has helped, Park said, but getting on the road isn’t the only way she’s leaving her comfort zone. The five tracks on “Ghost Town” were chosen in part because she liked playing them with a band – on the album, with Eric Landers, Jonathan Keane, Zach Lerman, Francisco Morales, Robin Melendez and Luke Sullivan – and this tour is just Park and her guitar.

On a tour spurred by an awareness of time passing, some key songs are just as weighted by mortality (EP opener “Last Call” was written about the death of her grandfather) and a sense that not much help awaits the ailing (“Good Doctor” describes a pill-pusher with the manners of a Fox talk-show host).

If that seems like a bummer, though, there’s more to the story. For one thing, Park said she simply enjoys writing using medical terms “because my dad is a doctor and I appreciate that imagery.” More importantly, while the lyrics of “Last Call” suggest fading strength (“You wanna remember / But the feeling is gone / You wanna remember / But it’s last call”) it’s actually about going out with a bang. “It was just my way of saying that when you die you don’t need to worry about what anyone thinks,” she said. “All my songs are really about myself, and I was just sort of imagining one last great performance” – so good that the “young drunks” in the audience don’t want to leave.

“‘Last call’ is a real audience tester. Some people really like it, and other people find it boring, I guess,” Park said. “If the audience likes that one, I know I can pretty much sing whatever I want for them.”

No matter what, Park comes out of the experience having beaten both her own deadline and the fate she imagined for the characters in the wistful EP title track, “Ghost Town,” which she said is about desperately wanting to leave one’s hometown.

“It’s all so magical in your head / Take the car for a ride / Leave it all behind,” Poor Eliza sings.

But in the song, the chance to escape is never taken; tonight Poor Eliza plays the Shrine World Music Venue in New York City.