Artists’ group: HSBA event protest will go on because president is destroying community 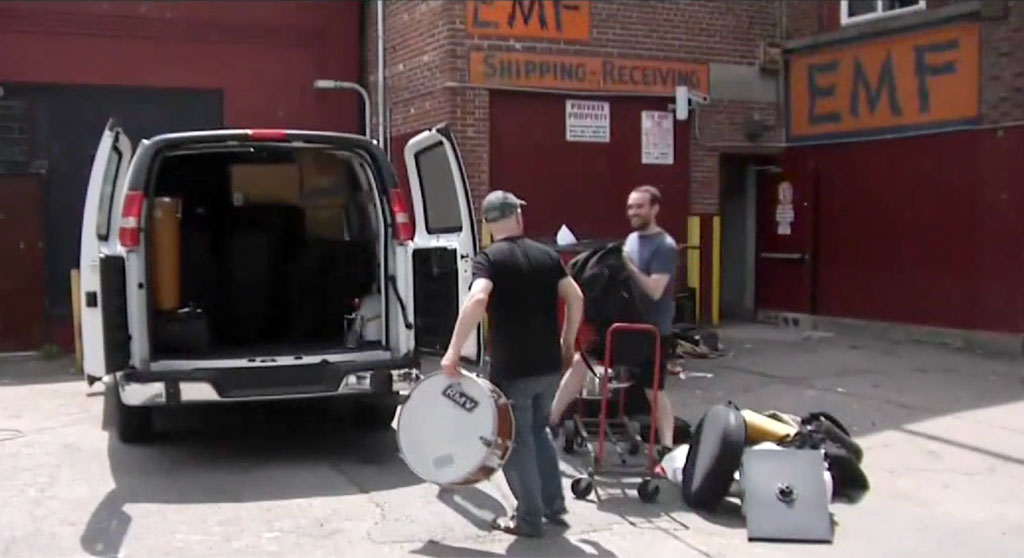 Artists’ group: HSBA event protest will go on because president is destroying community

A planned protest of a June 16 music event in Harvard Square continued to grow this week as organizers responded to a business group’s defense of John DiGiovanni, the property owner whose actions sparked the conflict.

The Harvard Square Business Association, which DiGiovanni leads as president of the board, argued Wednesday that his shutdown of the EMF Building in Central Square, evicting and displacing hundreds of bands and small businesses, had “nothing to do the HSBA [and] there has been a deliberate and unfair melding of the two.”

A group called the Cambridge Artist Coalition responded Thursday that “when an association installs someone in a position of leadership and power, they cannot then sidestep any connection with the detrimental impact of that person’s influence on the community.”

The rally being planned for the 11th Annual Make Music Harvard Square/Fete de la Musique calls on the HSBA to remove DiGiovanni as president if he keeps working “to destroy our community,” and for more support for the arts by developers and city officials. As of Friday evening, the Facebook event page showed 191 people saying they would attend and another 863 interested.

Rent for “dangerous and unsafe” space

DiGiovanni bought the 120 Brookline St. building two years ago for $4 million under the business name Ledgemoor – he is also president of Trinity Property Management – and in February told tenants to leave by the end of April. After a public outcry, he gave the artists another month while the city explored leasing the building from him, keeping the EMF community intact and contributing to the arts economy of Cambridge and the Central Square Cultural District. A walkthrough of the building with inspectors had officials backing away, though, saying that although the 1921 brick building had been passing safety inspections, as a city-owned building it would be a “tremendous hazard.”

The property owner has been on a publicity blitz in recent days, telling Boston’s NBC Channel 10 that the building has to be shut down for safety reasons. “I wouldn’t want anyone, whether musician, artist or otherwise, at any risk in any building,” DiGiovanni said. He hasn’t announced what he will do with the building beyond rehab it, and suggested he didn’t know what its next use would be: “We’ll see what we can put in there that is additive to the community.”

That rings hollow to the musicians and artists who paid DiGiovanni rent in a building that the experienced property manager likely appraised before buying and this week told WGBH is “in a condition that is inappropriate for any use.”

Yet over the past two years, safety hazards “were not made known to us. For two years, we paid our rent … in a building that has been retroactively classified as a death trap,” the artist coalition said in its statement.

The community’s most prominent supporter, state Rep. Mike Connolly, said he was taken aback by a property owner collecting rent long term on a building he knew put tenants at risk. “John DiGiovanni should provide a full refund to all of the folks who rented space in EMF, a ‘dangerous and unsafe building,’ according to his own business association,” Connolly said.

Artists said their protest of the upcoming Harvard Square event sprang from the same sense of disconnect between DiGiovanni’s words and actions. They noted that DiGiovanni and the Harvard Square Business Association have been arts advocates when it comes to the giant Boston Calling music festival of the past weekend – the festival is an association member – and for the Make Music Harvard Square/Fete de la Musique; but DiGiovanni and the association have also expelled a music community while sending out invitations to local musicians to play the June 16 event for free.

In its online statement, the coalition says:

“The Harvard Square Business Association claims that ‘musicians perform for the sheer joy of making music’ in their response to our upcoming protest. As musicians, we unequivocally reject this remark. ‘Sheer joy’ does not pay our bills. It does not feed our children. It does not provide us with practice space so that we can serenade squares, venues, and restaurants with well-rehearsed material. … We abhor the notion that our product is worth zero dollars.”

Many of the former EMF tenants say they are still scrambling to find replacement local and affordable rehearsal or business space. DiGiovanni told The Boston Globe that most of the “reasonable” tenants had found new spaces to practice, but such assertions drew a puzzled response from artists online wondering how he would know, and in the coalition’s statement, which said he has “refused to meet face to face with any of the 200-plus individuals he has evicted, despite our requests for dialogue.”

Denise Jillson, executive director of the association, suggested in her Wednesday statements that it was unfair for the arts community to be “demanding that a private individual bear the responsibility to personally maintain an artist community.”

But the Cambridge Artist Coalition said that was a misrepresentation.

“We are simply demanding that he does not actively dismantle it,” the statement said.

Jillson did not respond to a request left Thursday for comment.