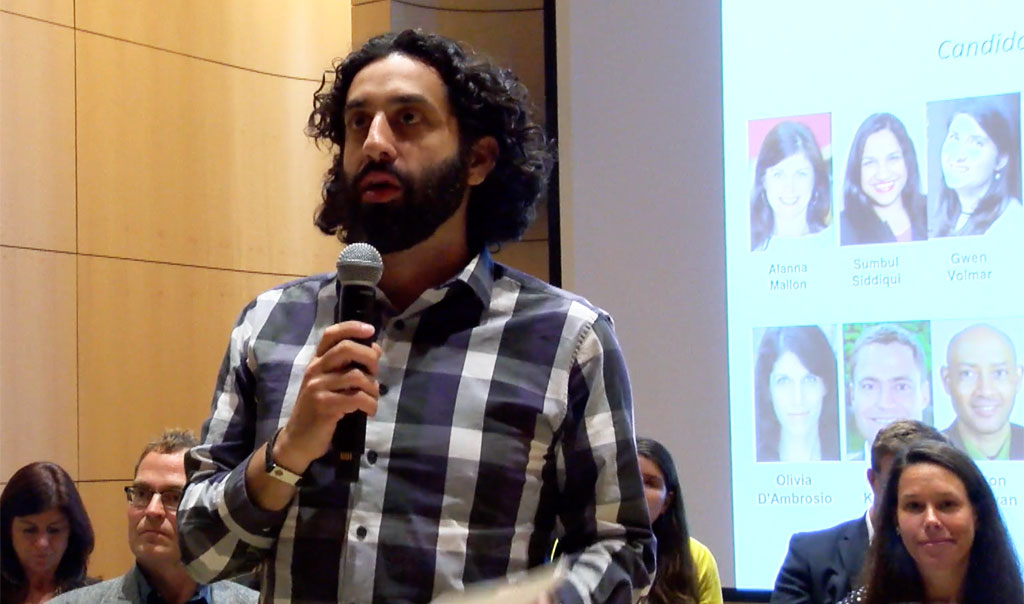 The leader of one of Cambridge’s most prominent political groups is leaving Cambridge.

Jesse Kanson-Benanav, chairman of the group A Better Cambridge, announced Friday on Facebook that he and his wife had just bought a condominium in Jamaica Plain.

“Unfortunately, as two professionals in nonprofit social justice fields, we found ourselves unable to compete with the wealthy newcomers to Cambridge for the existing stock of three-decker homes in which we hoped to live,” Kanson-Benanav said. “We are a living example of what happens when desirable communities fail to build enough homes amidst high demand and growing population.”

Kanson-Benanav, a senior project manager at B’nai B’rith Housing in Brighton with a master’s degree from the Massachusetts Institute of Technology, has lived in Cambridge for 14 years; in 2012 he helped form A Better Cambridge, a citizens group that advocates for “increased housing of all kinds, smart, eco-friendly density, and growth that is public-transit centered, to create vibrant, walkable, bikeable, livable neighborhoods.” The group has made political endorsements and run forums for City Council candidates, and he has been quoted nationally on housing issues – specifically in the growing “yimby” movement, which stands for saying “yes, in my backyard” to housing construction as a rebuke to development naysayers.

He said he would stay on as chairman long enough to help the group transition to new leadership.

“I remain as committed as ever to building a better Cambridge,” he wrote. “I am so proud of the work we have done over the past six years, and I look forward to continuing my involvement with ABC to improve the city I [love] so much for many more years to come.”

His announcement brought dozens of responses from neighbors and city and state officials, many of them offering congratulations while lamenting the loss to Cambridge’s civic life.

In the give and take, it was noted wryly that in being forced out of Cambridge by market forces, Kanson-Benanav would become “gentrifiers” in Jamaica Plain, even as friends of his were priced out of Jamaica Plain and were playing that role in Dorchester.