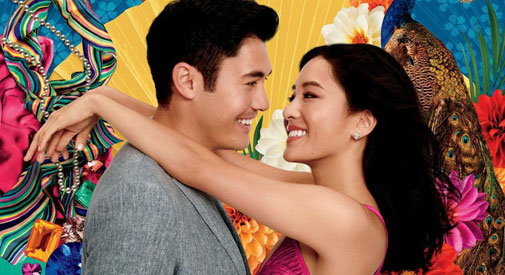 There’s been much ado about “Crazy Rich Asians” being the first all-Asian film to hit English screens since the screen adaptation of Amy Tan’s “The Joy Luck Club” back in 1993. While that sentiment holds largely true, it’s not wholly accurate; those behind the labeling likely forgot about “Better Luck Tomorrow,” the 2002 curio from director Justin Lin (of the “Fast and Furious” and “Star Trek” franchises) about overachieving high schoolers. (Granted, it was made for only $250,000, so maybe it doesn’t qualify, but it did earn more than 1,400 percent that at the box office, which is crazy by any standard.) And “Crazy Rich Asians,” like “Tomorrow,” orbits around the tip of the social spire – the very tip of the top in this case, as it concerns the one-percent of all one-percenters. 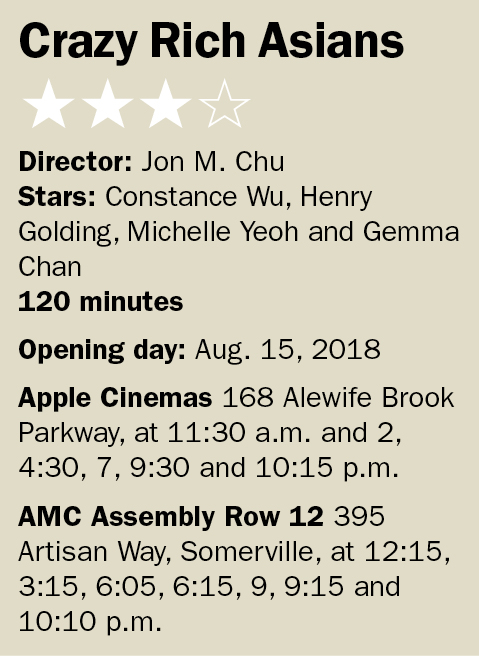 If that sounds like a tough sell – trying to invoke empathy for the wildly entitled – that would be fair (the don’t-haves here have doctorates) but keep in mind, “Crazy Rich Asians” is a comedy, and one that revels smartly in the excess of its subjects without being trite, superficial or dismissive. Also, the problems the folks face along the way are universal people problems, not rich-people problems, though class does play a major factor. You could think of its as something akin to “Sex and the City” by way of “Four Weddings and a Funeral” with a fuller body, greater nuance and a twist of zest. What makes the whole thing fly is Constance Wu as Rachel Chu, a New York City econ prof who’s dating Nick, the hunky history prof (Henry Golding) from down the hall. She’s the one out of her class element when Nick invites her to attend a wedding in his homeport of Singapore. What she doesn’t know until she boards the luxury airliner and they’re led to a suite with beds and room service is that Nick is slumming it in academia: His family basically owns half of Singapore and his mother (a very regal Michelle Yeoh) is no fan of the poor-bred interloper. (Rachael was raised by a single mother – and worse, she’s American.)

That’s the primary rub, and several of Nick’s old girlfriend’s are sent in to perform mean-girl stunts that at times feel more like a mafia hit. In short, the odds are stacked against Rachel, but Nick, ever calm, suave, loving and by her side, holds the boat steady – he’s Prince Charming and then some. Also in Rachel’s corner is rapper Awkwafina as Rachel’s bestie from college and Ken Jeong, her friend’s dad. They both try too hard, but provide the necessary comic relief. The one who really walks away with the scenes is Nico Santos as Nick’s cousin Oliver, imbued with barbed wit and a wicked sense of “Queer Eye” makeover panache.

Wu, best known for her tiger-esque mom on the wonderful “Fresh Off the Boat” TV series, slides into the rom-com format with the same ease as Jennifer Aniston; as with Aniston, there’s something that doesn’t quite fit, but also something that endears. Yeoh commands every frame she’s in, but the big winner here is Golding, who has the demurring charm of Hugh Grant, with square-jawed good looks and kindness and intelligence in every glimmer. He’ll be a household name and bankable star before the next presidential election.