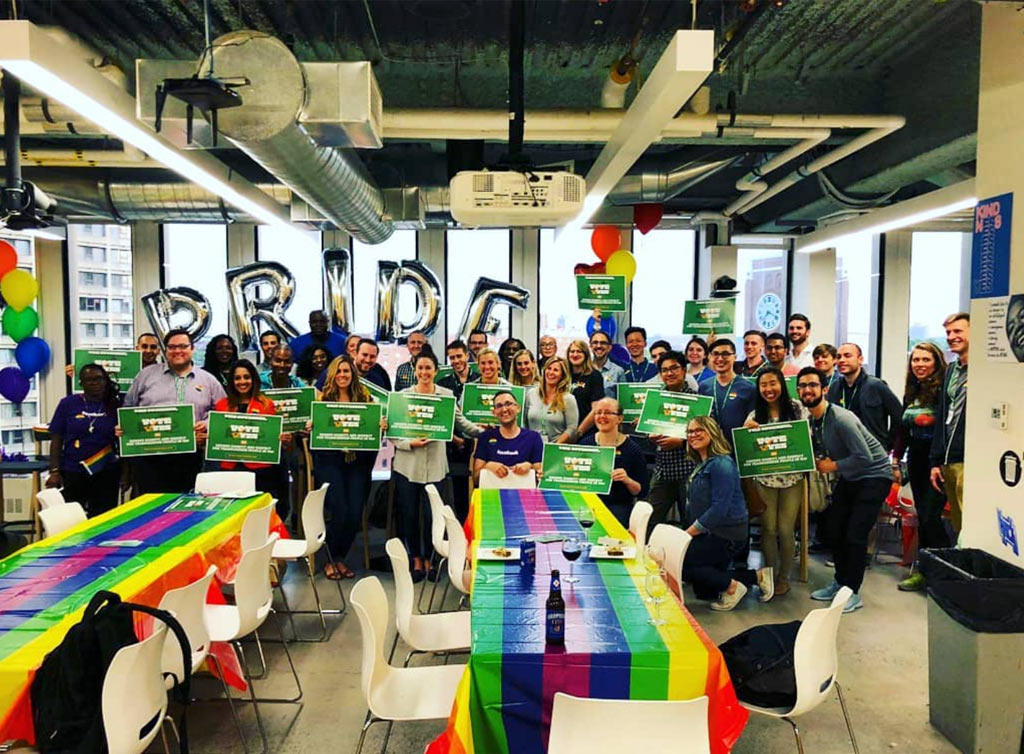 Cambridge’s Facebook office hosted a “Yes on Three” gathering in June, showing support for protecting the rights of transgender people during an upcoming statewide vote. (Photo: Freedom for All Massachusetts via Instagram)

Expectations of razor-thin margins for a November ballot question brought vows of assistance from city councillors Monday who want Cambridge to set an example on protecting the rights of transgender people – or rather, to continue to, as a half-dozen citizens came forward during public comment to remark at the haven the city has been for people who might feel anxious or at risk elsewhere.

The council voted unanimously for an order supporting the “Yes on Three” campaign, which would keep a 2016 law prohibiting discrimination against transgender people in public places. Although Massachusetts has conservative voters and communities – Donald Trump won more than 90 cities and towns in Massachusetts in the 2016 presidential election – money to fund a repeal campaign is flooding in from out-of-state conservative groups who will attack transgender protections in 17 other states with anti-discrimination laws “once they knock off Massachusetts,” councillor Dennis Carlone said.

Part of the attack: misleading ads that women and children are at risk in restrooms and locker rooms, though there have been no reported incidents resulting from trans people using spaces that conform to their identity, according to the Freedom for All Massachusetts Group. Councillors called the attack ads “disgusting.” 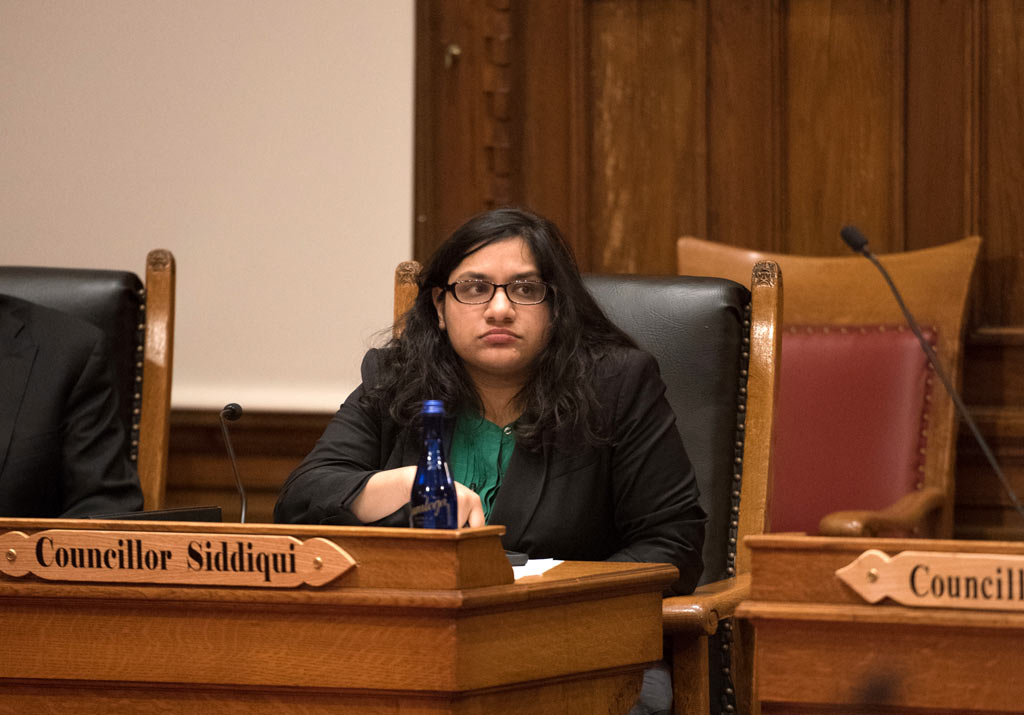 But the “No on Three” groups have helped edge the percentage of people wanting to keep the protections to 49 in a poll this summer, with 37 percent hoping to repeal the law and 13 percent undecided, said councillor Sumbul Siddiqui, a co-author of the order supporting the law with Mayor Marc McGovern, vice mayor Jan Devereux and councillor Quinton Zondervan. Those results show slippage from a May poll by WBUR, in which 52 percent wanted to keep the protections, with 38 percent against the law.

“It’s going to be really, really close,” Siddiqui said. “It’s disgraceful that this is a ballot initiative. Now that it is, I want to implore my colleagues and everyone to get involved as much as we can … there’s about 44 days left [until voting] and a lot of work to be done.”

“We’re lucky we’re in this community. There are many communities we need to go to and people to call and talk with,” she said.

Many councillors spoke not just of their willingness to help, but of their attention to the issue even before the order was filed.

Speakers came forward during public comment to underline the issues they or loved ones faced merely for existing – a 2014 survey showed 65 percent of transgender people in Massachusetts faced discrimination in a public place in the previous 12 months, according to Freedom for All – and their appreciation for living in a city where transgender people generally felt safe.

“I feel really lucky to go to a school that embraces its transgender students, and I thank you all for funding a school that promotes tolerance, dignity and respect for all students regardless of the way they identify,” said Leo Austin-Spooner, a student at Cambridge Rindge and Latin School, to councillors. “Fortunately, in this city, being trans isn’t a roadblock for me or my transgender peers and it doesn’t put a target on the back of folks who want to live their lives free from discrimination.”

Holly Fritz, a gender studies teacher and parent of a trans child, gave an emotional reading of a statement that called Cambridge “an amazing place for me and my husband to raise our children,” but noted that “the rest of the state is not like Cambridge – and I would even argue that Cambridge is not exactly what it thinks of itself. And that is why this initiative is so important: I think we need to be leaders in this area, and send a really strong message to the rest of the state to protect kids like my students and like my own child … and adults as well.”

In announcing support for the order Monday, councillor Alanna Mallon said it wasn’t often that she was “moved to tears during public comment,” but she had been struck by testimony about the importance of safe spaces in preventing suicides by trans teens and felt there was “no more important work to do” than to ensure that kids felt protected from discrimination. She and other councillors also acknowledged that despite gender-based protections in Cambridge dating back to a 1999 Human Rights Ordinance, the city could stand to “look at its own house.”

Still, Devereux said she was proud to serve on a City Council that she never had to doubt would pass the order supporting “Yes on Three,” and to “work and live in a city where a 10th-grade transgender student feels safe and confident enough to come and speak in public to a room full of adults, televised, about this issue. We’ve done great things in this community.”

Somerville, Arlington and Boston are among cities and towns where officials have also offered support for the “Yes on Three” movement.