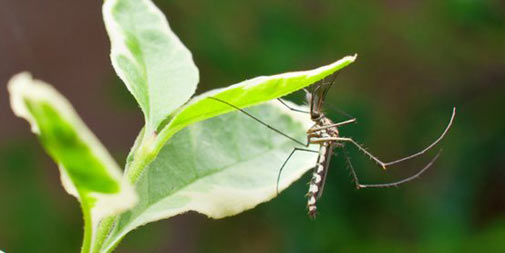 Two more Cambridge residents have been diagnosed with West Nile virus since late August, making for a total three Cantabrigians out of 38 laboratory-confirmed cases statewide as of Wednesday, the highest number ever recorded in the state in a single year. The city’s Public Health Department reported the new figures Thursday.

The cases are a woman in her 30s who was hospitalized and has since been discharged, and a woman in her 40s who developed symptoms in August and was not hospitalized; in July, when the first victim – a woman in her 60s – became ill with a fever (without needing to be hospitalized) it was one of only five human cases of the mosquito-borne illness reported in Massachusetts.

Mosquitoes will be active until the first hard frost, which occurs typically in early November, the health department said.

“While it’s no longer peak season for West Nile virus, the risk of infection persists,” said Claude Jacob, chief public health officer and director of the Department, in a press release. “Residents should continue to take precautions to avoid mosquito bites between dusk and dawn.”

Most human West Nile virus infections are mild with no symptoms, but a small number of people become very sick with encephalitis or meningitis. People over 50, and those with weakened immune systems, are at greatest risk for severe illness – starting with fever and flu-like illness and extending to headache, high fever, neck stiffness, stupor, tremors, muscle weakness and paralysis.

During the summer, three women diagnosed with the virus suffered more serious symptoms of encephalitis and meningitis. Two – a Suffolk County resident in her 40s and a Worcester County woman in her 70s – were admitted to hospitals. A second Middlesex County woman in her 50s had meningitis but was not hospitalized.