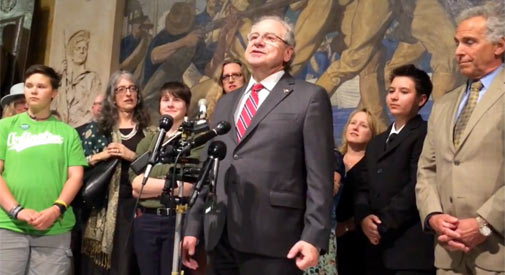 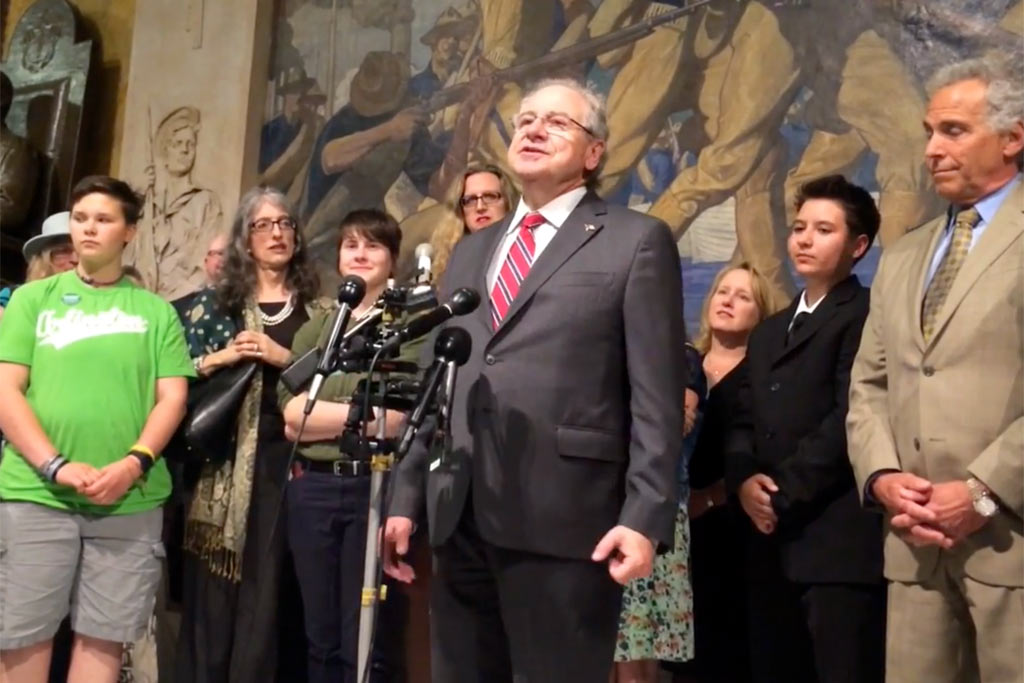 One of the most dramatic and moving days in my years of service as a state representative was the day the Massachusetts House passed the law protecting the civil rights of transgender people in places of public accommodation. The gallery above the House floor was packed with supporters (and no doubt some foes), watching the roll call unfold, and erupted in cheers when it was clear the law would pass the House by a solid margin. I was, and remain, proud to be a co-sponsor and vigorous champion of the legislation and believe the law is working well and as intended.

On the House side, those in the Democratic leadership worked with great energy and commitment to get the bill to the floor. Many members, including Speaker Robert DeLeo, were moved deeply when transgender constituents from their respective legislative districts recounted stories of the discrimination they had faced. And while Gov. Charlie Baker was frustratingly noncommittal during much of the process that culminated in the vote we took that day, in the end, he did sign the legislation.

The law forbids discrimination against transgender people in public spaces such as restaurants and hotels. In fact, the term “public accommodations” essentially means all places that are not our homes or workplaces. So while the retrograde forces pushing for repeal have tried to focus narrowly on locker rooms and restrooms, the protections afforded by the law are modeled after other civil rights statutes in that they offer protections for all places of public accommodation.

Of course, we also need to look at the central claim of the repeal side. For those places of public accommodation that are gender-segregated facilities (such as locker rooms and rest rooms), the law allows individuals to access these facilities based on an individual’s self-determined gender identity. The repeal proponents assert that this will lead to men posing as women to gain access to women’s facilities for improper purposes. So any logical person would ask a simple obvious question: Since the law has gone into effect, has this been an issue? And the answer is a resounding “no.” The record indicates that not one single such incident has been reported.

Candidly, their argument is nothing more than a smokescreen to hide the fact that the people behind the repeal effort do not accept transgender individuals as fully equal members of society, worthy of protections afforded the rest of us. This is not a time to mince words. This effort needs to be called out for what it really is, a deeply regressive and discriminatory idea that has no place in a just society.

In addition, the law as it is written prohibits people from asserting gender identity for any “improper purpose.” Moreover, it is already illegal for anyone, regardless of gender identity, to invade someone’s privacy to harm, harasses or spy on them, as laid out in Section 105 of Chapter 272 of Massachusetts General Laws, which is already on the books independent of this ballot question. Again, since the law was passed by the Legislature in 2016, to my knowledge after looking at various sources, there has not been a single documented incident of danger or assault to anyone as a result of the law.

Voters would also do well to take note of what happened in North Carolina just a couple years ago: Its state legislature passed a bill that would have nullified local ordinances protecting transgender people from discrimination in places of public accommodation. The national backlash from this was enormous, including many businesses that threatened to boycott the state entirely and cause an estimated $3.8 billion loss to the state over 12 years. The NBA, to its credit, canceled the All Star Game that had been scheduled to take place in Charlotte. So while this is first, foremost and above all else a matter of fundamental civil rights, it is worth nothing that repeal is likely to have detrimental economic effects and give us a national black eye.

Since there may be some confusion as to what a “yes” or “no” vote means for this question, I will clarify: Voting “yes” on Question 3, you would keep the law in place; by voting “no,” you would repeal it.

As your legislator, more than any other issue with which I am confronted, I consider it my chief duty to champion and support the full equality and protection of the law to all people. I co-sponsored and voted for the law proudly in the House and remain a strong supporter. Please join me in ensuring that the civil rights of everyone in the Commonwealth are protected. Please join me in voting yes on Question 3!

Dave Rogers is state representative for the 24th Middlesex District, which includes parts of Cambridge and Arlington, as well as all of Belmont. He welcomes questions or comments and can be reached by calling (617) 722-2370 or by sending email.