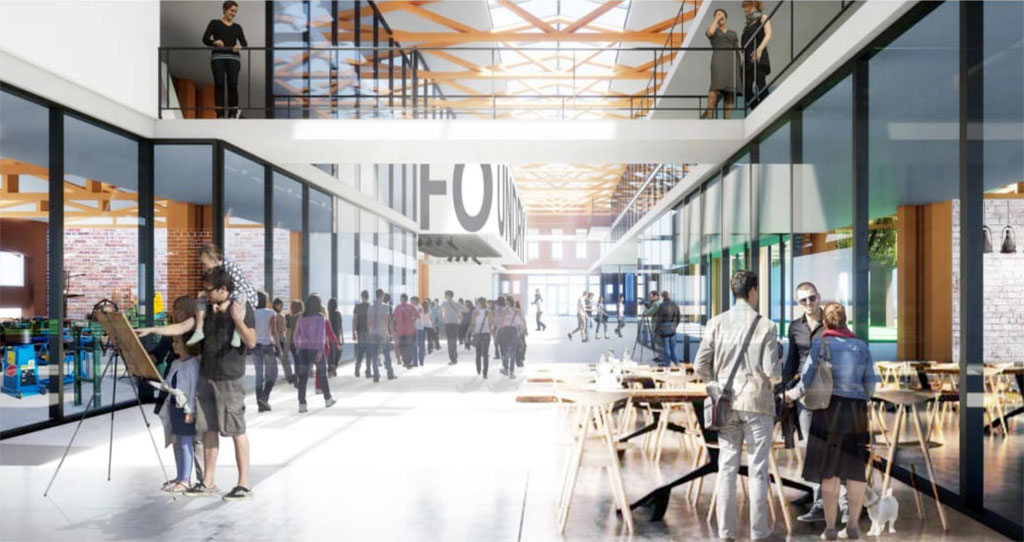 An early conceptual rendering of the Foundry building in use as a community building. (Image: coUrbanize)

With construction on the Foundry community building set to start within a few months, advisory groups and officials are in the final stages of talks about how its various components fit together – including maker spaces, performing arts stages and market-rate office space meant to pay for much of it. This month, the Lemelson-MIT program was brought on to turn the ad hoc “Foundry Consortium” into a formal nonprofit that will oversee the space, craft a business plan and find a property manager.

“It’s such an unusual building. It’s hard to say who’s managed a building exactly like this because there are so few,” said Kathryn Madden, strategic planner for the Cambridge Redevelopment Authority. “We’re looking for somebody who’s going to be a good partner to sit around the table with us and say how they think this will work … and will embody and live the mission of the building.”

The memorandum of understanding with Lemelson-MIT, more widely known for its grants and awards to inspire young inventors, restates the mission of the Foundry as “a creative, innovative,” citywide and neighborhood resource with cultural, educational, manufacturing and commercial uses that is “designed for flexibility and … accessible, inclusive and welcoming to the public.” 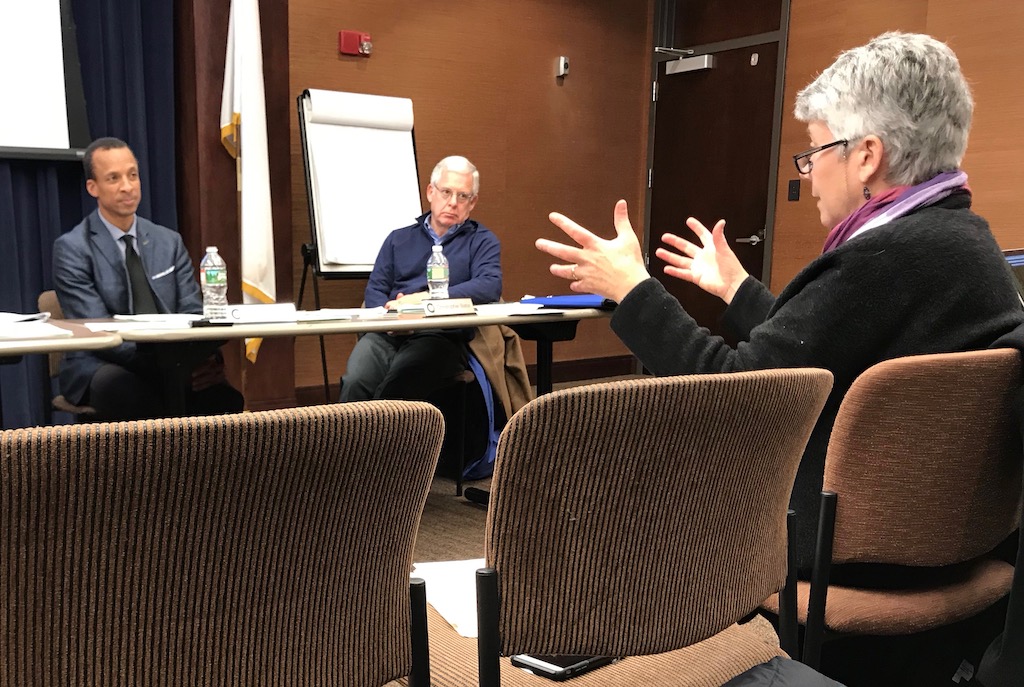 The Foundry, at 101 Rogers St., East Cambridge, became city property in January 2012 as part of a 2009 rezoning deal in Kendall Square. But it was only in May 2015 that city planners asked the City Council to set aside $6 million for redevelopment, leading to a first, failed attempt at a management plan. The renewed plan under the Redevelopment Authority will cost as much as $30 million, with the Authority chipping in $7 million.

The current timetable sees a request for proposals from property managers likely going out early in 2019, Madden said, with whoever’s chosen starting with a consulting phase before a contract would be awarded to run the building for three years. “If it wasn’t working out, we wouldn’t go on to Phase II,” Madden said.

Design feasibility study completion is due in January, and construction could start in June. Core and shell completion is expected to take a year. The building is expected to open in February 2021, when the public gets to see how the various concepts for the Foundry play together.

It hasn’t been easy to pin down details for construction, with “lots of different decisions around volume, the arrangement of the rooms, what’s in the rooms and detailing of restoration” all being discussed,” Madden said. It was just Dec. 18 that saw a summary handed over to Lemelson-MIT of all the programming input from working group meetings “to say this is how these different programs need to operate. We’re looking forward to seeing how that gets integrated.”

“Already we’re starting to look at [things such as] where will the chairs be stored? It’s kind of exciting,” Madden said.

Program details are about a month behind schedule, Redevelopment Authority executive director Tom Evans said, because “there’s a chicken-and-egg thing to some extent” between naming uses and the space in which they will operate.

Lemelson-MIT has a budget of $200,000 tied to tasks laid out in the memorandum of understanding, which the Redevelopment Authority is paying alongside a commitment of $1 million in startup costs and another $1 million to cover unforeseen operating expenses. “Once the building is operational, there’s funding to replenish these,” Evans said, but the Lemelson-MIT agreement is cautious because “we know the first year might be difficult. We didn’t want to take too much out.”

The Foundry is a 50,000-square-foot, multistory property with indoor and outdoor spaces, but “there’s a desire to do everything in this building,” Evans said, which makes for an urgent need to keep the building self-sustaining and those programs thriving with an efficient, profitable business operation. “All the other aspects of the building have their advocacy voice. We have to be the market-rate office advocate so that the whole building can exist.”

The next meeting of the Foundry Advisory Committee is 8 to 10 a.m. Jan. 11 at the Robert W. Healy Public Safety Facility at 125 Sixth St., East Cambridge near Kendall Square.

Foundry community building is topped off, landmark on the path to an opening in 2022